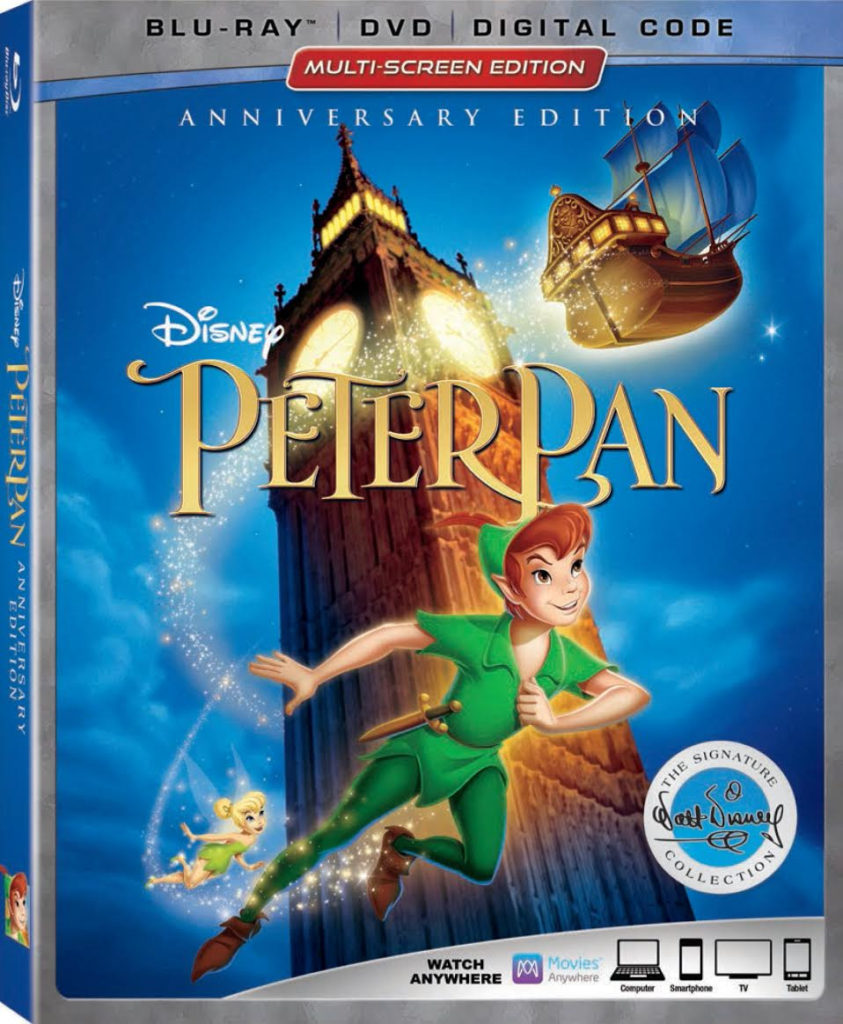 In celebration of its 65th anniversary, Peter Pan fans will be able to take a trip to Never Land when the Walt Disney Signature Collection edition of Peter Pan is released on Digital and Movies Anywhere on May 29, and on Blu-ray on June 5, 2018. The upcoming release boasts a lot of extra content!

In “Peter Pan,” fantastic adventures await the Darling children—Wendy, John and Michael—when Peter Pan, the hero of their stories, whisks them away to the magical world of Never Land. After flying with Peter and the delightfully impish Tinker Bell past the “second star to the right and straight on till morning,” they explore the enchanted island and Peter’s secret hideout with the Lost Boys, and leap into high-flying battles with swashbuckling pirates and the infamous villain Captain Hook.

Peter Pan happens to be the seventh title to join the Walt Disney Signature Collection. You go ahead and watch the trailer. The collection includes “groundbreaking films created or inspired by the imagination and legacy of Walt Disney, featuring timeless stories and characters that have touched generations.” Previous titles include Snow White and the Seven Dwarfs, Beauty and the Beast, Pinocchio, Bambi, The Lion King, and Lady and the Tramp.

The Numerous Blu-Ray and Digital Extras:

Take note that bonus features may vary by retailer. The feature runtime is approximately 77 minutes. The film has been rated G in the U.S. and Canada. Included bonus material hasn’t been rated.

Here are the disc specifications:

I have watched Peter Pan numerous times as a kid. That’s why I’m excited to see the bonus features included in the Signature Collection release.

If you’re wondering, I even watched the sequel. And yes, I’m familiar with the Tinker Bell prequels, too. I have kept my distance from problematic live-action adaptations, though.

Are you looking forward to the Walt Disney Signature Collection edition of Peter Pan? Let us know.