Pan movie review: Not Quite Neverland 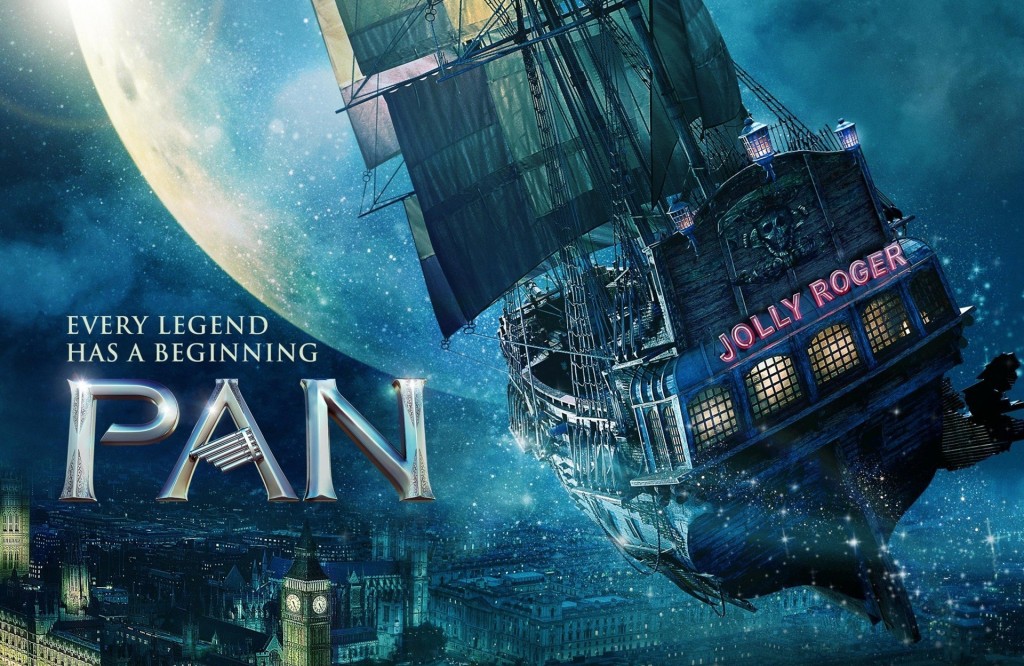 This Friday saw the release of what promised to be a magical family movie. Led by Hugh Jackman and full of familiar faces such as Cara Delevingne, Rooney Mara, Garrett Hedlund, Amanda Seyfried, Jack Charles, and Nonso Anozie, the movie received mostly negative reviews and fell far short of box office expectations. The movie was originally slated to be released in late July but the release date was pushed back to October 9th.

I’m unabashedly a Peter Pan purist; I read the book by J.M. Barrie when I was very young. My love of Peter Pan has even transcended the page and I have a Peter Pan inspired tattoo. Going into the movie, I knew I had to keep a pretty open mind, but I didn’t realize that I would have to ignore most of the story that I knew and clung to so tightly.

Take everything you know about Peter Pan canon in any capacity and throw it out the window. That being said–wholly embrace the new plot and the new twist on the story. In the credits, it says, “Based on characters first introduced by J. M. Barrie”. This line is important to remember in order to fully enjoy the new (and stretched) look at Peter Pan and his origins.

Pan, although featuring some of the same characters that we know and love, is not a true prequel to Peter Pan. It opens with Peter’s mother leaving him outside an orphanage and briefly focuses on Peter growing up in the orphanage during World War II. The original plot of Peter Pan begins in Edwardian era England. Boys are abducted from the orphanage by terrifying pirate clowns and taken to Neverland on a flying pirate ship. They’re put to work by the nefarious Blackbeard, mining for fairy dust, buried deep in a quarry like gold. Blackbeard dissolves and inhales the fairy dust to remain young and immortal.

After Peter fails to accept his death for alleged thievery by mystically flying, he’s brought into Blackbeard’s cabin. It is there that the pirate reveals a prophecy about a boy who can fly who will vanquish him. Locked in Blackbeard’s prison, Peter escapes with another miner, a man who sharpens pickaxes with a hook, and his name is–yep, you guessed it–James Hook, and a bumbling bespectacled character called Sam Smiegel (Smee). Together they go on a quest to seek out the Native tribe of Neverland. Peter is determined to find his long-lost mother, and Hook has plans to return home from Neverland.

Along the way, the encounter giant skeletal birds with fabulous plumage (FINALLY we get a movie that includes Neverbirds!), and are captured by the native tribe, presided over by Chief Great Big Little Panther and Princess Tiger Lily. The Native tribe of Neverland is made up of people of all races and colors; there was a lot of controversy about casting Rooney Mara, a Caucasian actress, to play the part of a traditionally Native American role. 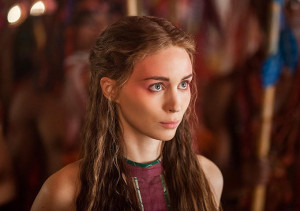 There were other white actors, as well as POC actors, involved in the tribe, implying a patchwork of a family joined together by a common purpose. I think that they missed a great opportunity to cast a POC actress in the role of Tiger Lily. Many cultures were represented in the Tribe’s camp: bright paper lanterns, oriental rugs, prayer flags hanging in tassels with bright lights, and gypsy tents and caravans. Of course, no tribe is complete without a trampoline battle arena.

The film ends with Peter and Blackbeard facing off in a final battle inside the fairy hive. Peter manages to pull a weird Dragon Ball Z fairy blast and Blackbeard is mischiefed to death, falling to an anticlimactic ending with the remains of his flying pirate ship. Everyone lives happily ever after and Peter returns to the orphanage to fetch the rest of the boys to return them to Neverland. They all sail away to the second star to the right on the Jolly Roger, its name illuminated in flickering neon lights.

The movie itself was aesthetically pleasing. The graphics of wide skies full of planets and splashes of stars and galaxies left the hair on the back of my neck on end. Peter reaches for bubbles full of crocodiles and flying fish and bumps his shoulder into Saturn, suspended in space. The music, composed by John Powell, was phenomenal. However, there were a couple of songs on the soundtrack that made me stop for a second while watching the movie. Blackbeard is first introduced to us while the pirates and miners sing Nirvana’s Smells Like Teen Spirit in a chant and later Blitzkrieg Bop by the Ramones plays with the men and boys singing along. Lily Allen has a couple of haunting numbers on the track as well. I think the music did a good job of following the whimsy and the childlike wonder of Peter as he discovers his surroundings. There were a couple of hiccups with bad green screen usage and the CGI of Peter flying left something to be desired.

I would have liked to have seen more character development from Hook, who mostly runs in frantic circles in his Indiana Jones hat and exaggerates every word he speaks. The female characters in the movie are mostly portrayed as warrior or savior roles (even the mermaids), with the exception of the greedy orphanage matron. A romance between Tiger Lily and Hook is shoved into awkward cracks. At one point, Hook tells Tiger Lily: “I didn’t want to watch you die.” Her response? “You should have closed your eyes.” 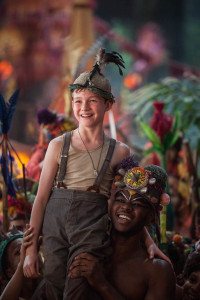 The classic Peter Pan motif is not easy to escape: there were many elements from Hook and the 2003 live action Peter Pan starring Jason Isaacs, which I don’t think that Pan deserved to take. Some of the plot decisions seemed far too easy and predictable, and I knew how the movie would end after only a couple of minutes into it.

Stamped with a PG rating, there was a surprising amount of violence and dark material. The original story is pretty dark. The tribal massacre manages to avoid bloodshed by having the Natives burst into exploding, billowing colored smoke each time one of them is shot. There are a couple of really nice lines in the script, which altogether lacked the fantasy of the traditional Peter Pan story.

The brightest spot of the movie was the outstanding Levi Miller, who made his debut role as Peter. The perfect mix of wonder, sass, and genuine childlike innocence.

This film, while pretty good overall, didn’t quite make it to the second star to the right, and straight on til’ morning.