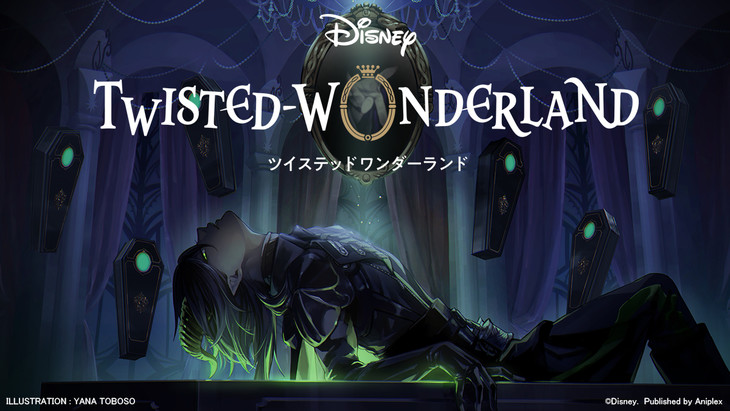 Announced during a stage event at AnimeJapan this past weekend, Disney Twisted-Wonderland is described as a “villains academy adventure game” and will have rhythm game elements as well as battles. The characters are inspired by villains from Disney films, and the main concept, scenario, and character designs are by Yana Toboso, creator of the manga Black Butler.

The story of Twisted-Wonderland begins when the main character travels to another world through a magic mirror. (This sounds an awful lot like the beginning of Epic Mickey!) Once in this other world, the main character ends up at “Night Raven College”, a prestigious school for learning magic.

Because the main character has nowhere else to go, the mysterious, masked headmaster of Night Raven College offers them protection. The main character also meets and gets to know the skilled – yet highly uncooperative and troublesome – students at the academy, all while trying to find a way to get back to their own world.

Night Raven College has seven different dormitories, each one with a different motif. Based on the first reveal – the “Hearts Labyul” dormitory, which is based on Alice in Wonderland – every dormitory will be themed after a different Disney film. It is not yet known whether or not players will be able to choose a dorm or if they will get assigned one.

One additional character is Maleus Draconia (voiced by Kazuki Kato). Maleus is featured on the teaser site and shown waking up from a coffin. So far, there is no other information about this character – a narrator, perhaps, or a guide for the main character? 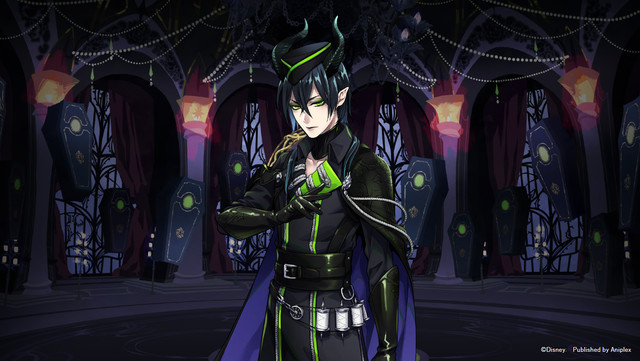 No gameplay shots or trailers were shown at the event, but Aniplex is supposed to reveal more information this week.