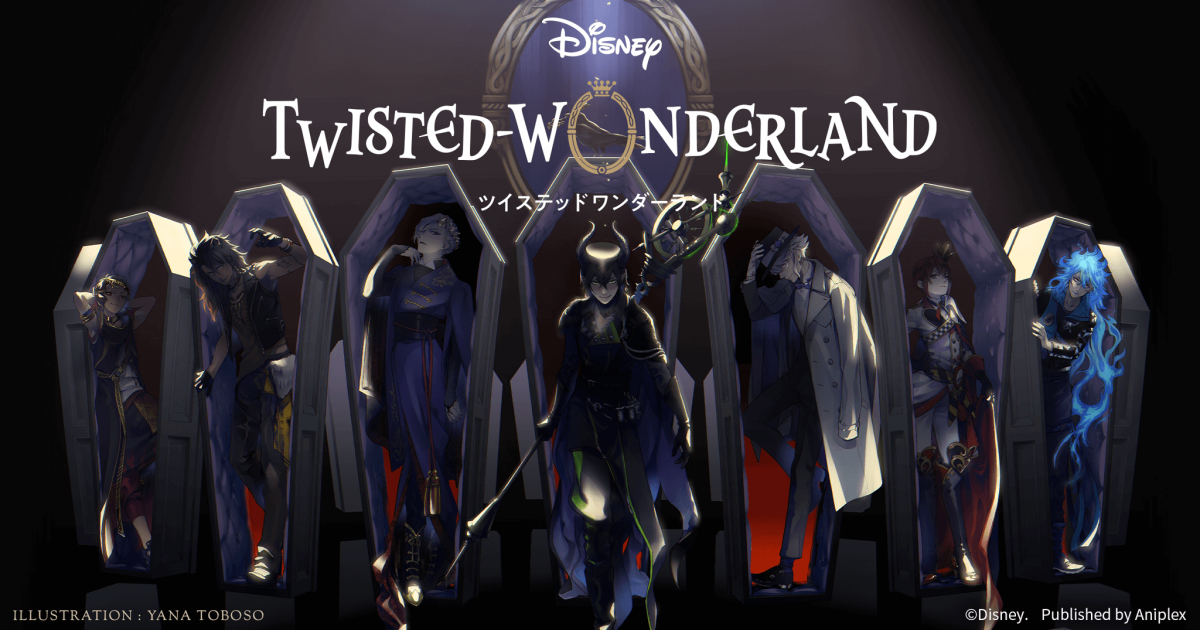 Not for the first time, I wish I had a little more tech knowledge so that I could play mobile games from other countries. Case in point, Aniplex recently debuted the trailer for their collaboration smartphone game with Walt Disney Japan, Disney Twisted-Wonderland.

Disney Twisted-Wonderland is an adventure game set at a villains academy featuring characters and designs based on iconic Disney villains. Aniplex announced the game during a stage event at AnimeJapan earlier this year, debuting the images and character information for five characters from Hearts Labyul, one of the game’s seven dormitories, based on Alice in Wonderland.

We now know that the other dormitories are based on The Little Mermaid (Octavinel), Aladdin (Scalvia), Snow White (Pom Fiore), Hercules (Ingi Hyde), The Lion King (Sabana Claw), and Sleeping Beauty (Diasomnia).

For more character cards, including teachers and other staff as well as students, make sure to visit the game’s official Twitter page. (So, I don’t really cosplay, but honestly some of these characters are making me want to get into it. These outfits are amazing.)

The trailer accompanied the release of the game’s new promotional image, showcasing characters from each of the dormitories. The character designs, along with the game’s main concept and scenario, are by Black Butler manga creator Yana Toboso. TROYCA will animate the opening movie, and the theme song (“Piece of my world”) is performed by Night Ravels.

Disney Twisted-Wonderland is the story of a student (presumably you), who falls through a magic mirror into another world and ends up at Night Ravens College, a prestigious magic training school. With nowhere else to go, the main character is invited to stay at Night Ravens by the school’s mysterious, masked headmaster, and gets to know the students while trying to find a way back home.

Pre-registration is currently open for the game, which is expected to launch sometime this winter. The Night Ravens College Admission Guide, which contains an introduction to the game as well as an original manga about the daily lives of its students, was distributed this past weekend at Comiket.

*Please forgive any translation errors or misspellings, as I was using Google Translate on the game’s official Twitter page.