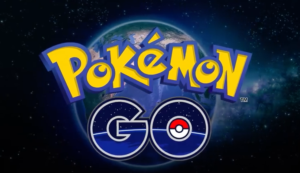 The time has come, trainers! Registration for early access to the Pokemon GO field test is now open.

All that you have to provide in order to sign up is a valid Gmail address and specify your mobile operating system. Follow the link here to get started. This does not guarantee that you will be a part of the Pokemon GO field test, but it never hurts to try.

Pokemon GO is an augmented reality mobile app being developed by Niantic that allows people to find and catch Pokemon in the real world. This of course has been a dream of many Pokemon fans for twenty years now. It has been noted that, like in the games, different Pokemon will live in parts of the world that make sense for them. For example, it is logical to think that water-type Pokemon will appear near bodies of water. Players can also wear a wristband that will connect via Bluetooth to their device that will alert them when a Pokemon is near.

This news comes just one week after the latest trailers for Pokemon Sun and Moon were released, showcasing the next generation of starter Pokemon to choose from. This makes me wonder if generation seven Pokemon will be included in Pokemon GO. If so, will there be the chance that mobile players might encounter generation seven Pokemon on Pokemon GO before they are seen in Pokemon Sun or Moon? It doesn’t make sense that Pokemon GO would be released before Pokemon Sun and Moon and then become out-of-date by not including generation seven Pokemon, but the nice thing about mobile apps is that they can be updated with relative ease. Pokemon is just one of many Nintendo properties being announced for mobile in the near future. Fire Emblem and Animal Crossing have also been confirmed to have mobile games coming soon as part of Nintendo’s expansion into mobile gaming.

The ability to go on a Pokemon journey is that much closer to becoming an (augmented) reality. It is scheduled to be released later this year.