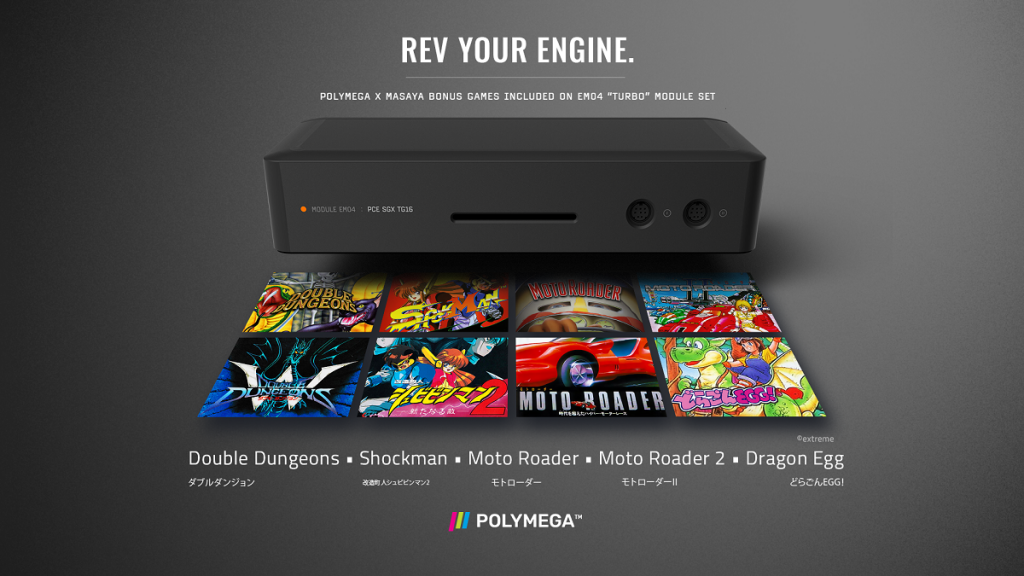 With the upcoming module, owners will be able to play original TG-16 and Japanese PCE HuCard games on the system region free, using either OEM controllers or the in-house designed 6-button “Turbo” retro controller, one of which is packed in with each Module Set.

TurboGrafx CD and PC-Engine CD games can be played through the base unit itself, without the need for a module.

With the unveiling of the five TG-16 pack-in titles, Playmaji’s commitment to preserving both popular retro games and hidden/import gems is even more clear.

With Polymega, retrogaming fans can play an ever-growing list of classic game cartridge and CD-based game systems in high-definition, without the clutter and sub-par video quality of decades-old hardware.

It supports original classic games media and controllers for everything from the 8-bit NES, up to difficult to emulate 32-bit systems such as the Sega Saturn.

As for Playmaji, Inc., it’s a California-based specialty developer, producer, and manufacturer of next-generation video game-related products for new and retro game consoles.