Queer Eye Is The Uplifting TV We All Need 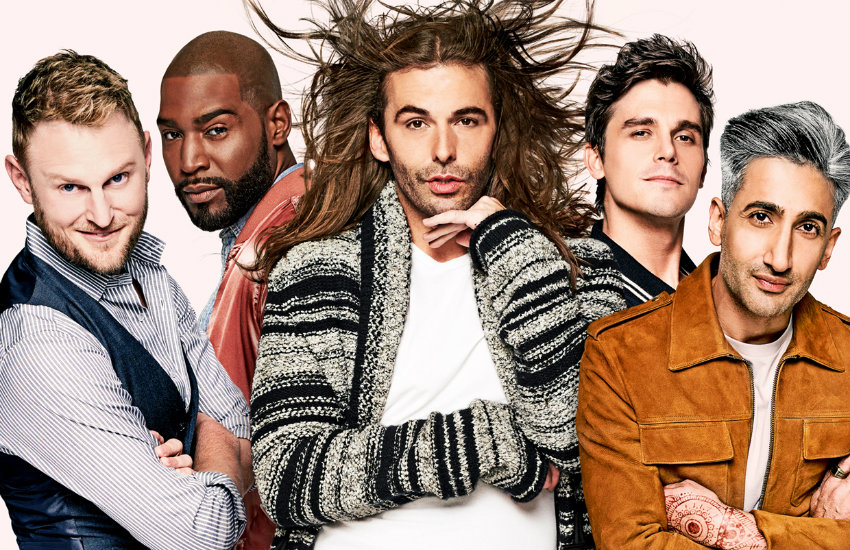 Queer Eye is back, and the original series this is not. Netflix has revamped the series for today’s audience, and the show itself, although following the same format, is somehow completely different and encases the positivity that television viewers didn’t know they were missing. As mentioned in the very first episode, the original series was aiming for tolerance, whereas the new series is focused on acceptance. But I think it goes a step further than that: this series is for humanity.

As with the original series, Queer Eye tasks five gay men, each with a focus on different lifestyle aspects, to makeover man in desperate need of change. Our Fab Five this time includes Antoni Porowski (food and wine), Bobby Berk (design), Karamo Brown (culture), Tan France (fashion), and Jonathan Van Ness (grooming). Each episode centers around a different man (in season one, there are seven straight men and one gay man) who allows the Fab Five into his life to upgrade the various facets that need some tailoring. The original series originally aired on Bravo and started in 2003, and was very much a standard makeover show. This new series, however, is something quite different. Netflix took over the show, and although still follows that makeover format, there is just something different this time around. It could be that the so-called “gay” presence in everyday life is more accessible, but I think it goes much further than that. Our new Fab Five are men who are comfortable with themselves and therefore preach life positivity.

In each episode, the 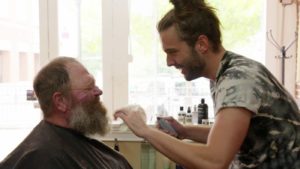 focus of each makeover has something to overcome other than the need for new clothes and a haircut. The show is so much deeper than that. In “To Gay or Not Too Gay”, subject AJ is a gay man who has not yet come out to his family, and is therefore “acting” a straight life. The Fab Five help him clean up, not just to encourage him to live his truth, but to share their own experiences with coming out and thus giving support to AJ to come out to his step-mother. In “Camp Rules”, subject Bobby is a devout Christian who doesn’t have much experience with gay people. Luckily, Bobby and Bobby bond over planting an herb garden, and they discover that they had a very similar upbringing. In one of the standout episodes, “Dega Don’t”, the show opens with a cop pulling over the Fab Five while Karamo drives, and the show takes an extremely real turn with Karamo having some deep discussions about cops and race relations with subject, police officer Cory. All in all, this is not “fluff” television that I think the original series sometimes got pigeonholed as. This is real TV with real people, interacting in real ways, and learning real life lessons–and isn’t just the subjects; even the Fab Five guys have a lot of breakthroughs.

Because of the very realness of Queer Eye, some viewers (including myself) might find themselves overtaken with emotion. I am not usually a fan of reality TV unless it features some sort of creative component, because it seems like most individuals are just looking for a bit of fame. In every single episode of Queer Eye, I found myself rooting for the subject, and genuinely wanting them to succeed. I truly has reawakened something in me that wants to actually be positive for the people around me and who are litt 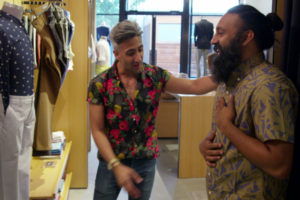 le different than me. There is just something about someone sitting down with another individual and actually working through their emotions that is so authentic–and although some tears may be shed while watching this series, it is absolutely worth it. The Fab Five guys are all very real, and they tell just as much about their own stories throughout the series as we learn about the subjects of each episode. By then end, you’ll feel like they are your real friends, which, frankly, is what it’s all about.

Looking back over the past fifteen years, Queer Eye was once a cultural phenomenon that introduced many to gay people. For some, it was the first real experience into gay culture and seeing that gay men were just like regular men. And, of course, being a makeover show. This time around, it isn’t all about a great haircut or a nice suit; it goes a step further: it demonstrates that all humans are human; we all struggle with confidence, grief, acceptance, happiness, and sometimes it just takes a little help from friends and an alternative perspective to make crucial changes. It truly brings up real issues that we all can relate to. I encourage everyone to watch this show because you will undoubtedly be inspired to be your true self.