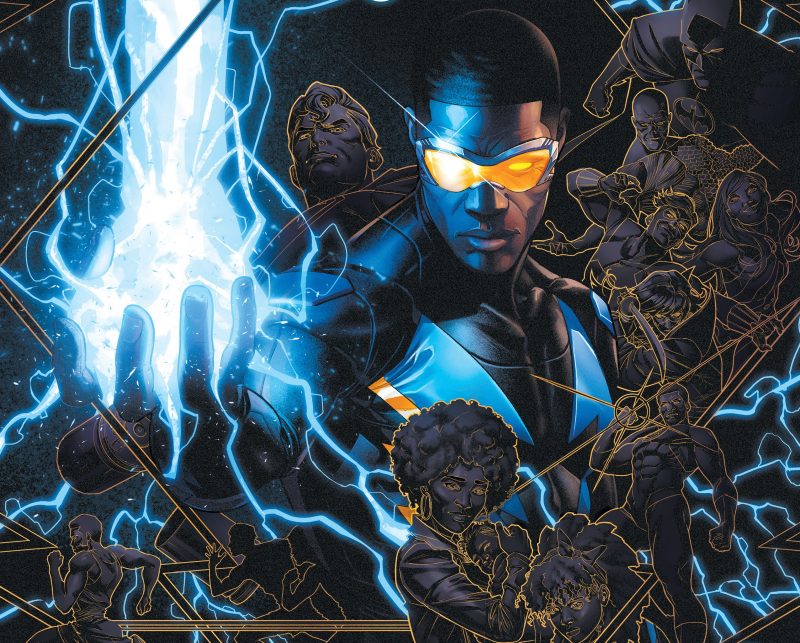 After years of waiting (well, it WAS announced in 2018), The Other History Of The DC Universe is about to hit shelves in November! We can finally get a look at major events of DC History through the eyes of POC characters we missed hearing from the first time around.

While there are characters of color in DC, they haven’t consistently gotten the respect and page time they deserve. I hope that things are changing as the industry recognizes the need for diversity both in creative teams and in comics leadership, but it feels like a struggle sometimes. At least there are signs that my optimism is not misplaced (as it sometimes is). One of those is The Other History Of The DC Universe, a five issue series written by John Ridley with art by Giuseppe Camuncoli and Andrea Cucchi.

Not gonna lie, I had some concerns when I first heard about this book. Representation in comics is a mixed bag these days. We’ve all been to those “representation in comics” panels at conventions that wound up being a slideshow done by a white dude with a degree in History. Then I saw Ridley was writing it and lost basically all of my worry. I mean, he won an Oscar. He’s fully got this.

The Other History Of The DC Universe is going to be very cool, you guys.

The Black Lightning TV series started back in 2017 and is fantastic, so I’m not surprised to see him and Thunder chosen as core characters. If you haven’t seen it, please treat yourself! It has some incredibly powerful storylines and just out of this world acting talent.

According to the press release, this first book will cover Jefferson Pierce (Black Lightning) between the years of 1972 ~ 1995. It doesn’t specify what eras the others will cover – but we can kind of guess from the hero lineup, can’t we? If you group the married couple, Herald and Bumblebee, we have five neat little arcs set out.

The Other History Of The DC Universe will be in comic stores starting Tuesday, November 24th, with new books coming bimonthly. I guess they didn’t want to let it hit on New Comics Day? That’s a strategy, I guess, though I suspect a lot of people will just add it to their pull list and pick it up Wednesday.

Speaking of which, let me drop a quick suggestion to order it in advance at your local comic shop. Just based on the cover and subject matter, this is the kind of book shops run out of.

We may be getting a interview with John Ridley closer to the release date, so watch this space!