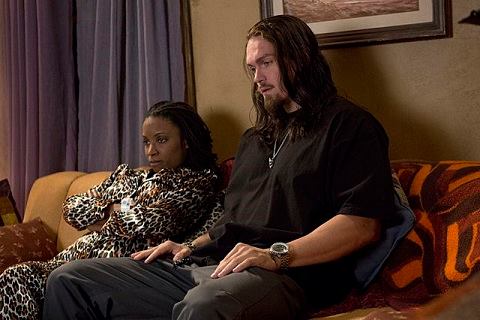 This week’s episode finds the Gallaghers drifting further apart, which is never a good thing.  This family works best when they communicate and work together.  Take that away and things start to crumble very quickly.  If this episode is any indication as to how things will progress this season, it’s going to be a rough one.

There is trouble in paradise for my favorite couple Kev and Veronica, which makes me nervous.  Veronica has always been known to be a bit callous, but even this seemed a bit much for her.  Granted, four kids is a lot to take on, but it isn’t fair for her to demand her mother abort her baby.  If Veronica continues to be so cold and insist on this topic, I foresee rocky waters for her relationship with Kev.  These two have always had to the most solid relationship on the show, and I hate the idea of trouble for them.  But on the other side of the token, things can’t always be perfect.  I’m interested to see where they will take the situation with the Alibi Room.  Kev loves that bar, and it would be a shame to see him lose it.  Next to Veronica, that bar is the one thing that Kev loves and takes pride in. 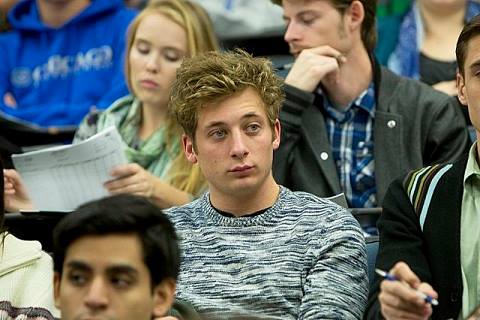 Lip is still struggling to adjust to college life, in and outside the lecture hall, which doesn’t surprise me at all.  He’s always been the smartest guy on the block and has ever had to really apply himself.  College is turning out to be much tougher on him, where he is surrounded by kids that are just as smart as he is.  He can’t skate by on the bare minimum here or blow off classes just because he thinks they’re beneath him.  And college girls are turning out to be an entirely different breed for him, as they aren’t too interested in his devil-may-care attitude.  Even when he ran into a girl from the old neighborhood, she blew him off, saying that she came to college to get away from guys like him.  I think that Lip will need to change something in his game if he hopes to stand a chance of doing something more than just “hooking up” at college.  I like that they have him checking in on life at home, but that makes me nervous as well.  The one thing that I am most afraid of for Lip is him leaving school.  And the number one thing that will get him to blow off school in a heartbeat is his family.  If that happens, I’m afraid he won’t be willing to leave again and get angry at Fiona, much like in the second season when she tried to branch out and try new business opportunities. 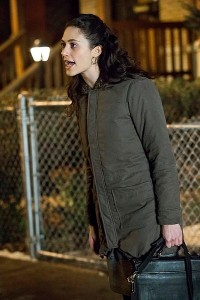 Speaking of Fiona, she is frustrating me to no end this season, and it’s only the second episode!  She has a great thing going with this job and I don’t want her to screw it up.  Her boss Mike is a great guy, but it was a huge mistake to start a relationship with him.  He just seems to scream “rebound after Jimmy/Steve guy”, regardless of how sweet he is.  Just look at how Fiona handled the situation with the car and Mike’s simple request that she follow through with her promises.  I think that might be the root of Fiona’s relationship problems.  She’s dated so many losers in the past (Jimmy/Steve included) that she doesn’t know how to function in a “normal” relationship.  But if she self-destructs this relationship, she will be destroying so much more than that.  She will be endangering a job that has the potential to turn into a career.  And we’ve already seen how good she is at it by her first sales rep meeting.  I see the path that she’s on, and I just want to jump into the screen and scream, “STOP!”

I like that as the actors that play Debbie and Carl get older, their characters’ storylines are given more “meat”.  Debbie’s storyline this season is a bit disturbing and I feel a surge of big sister protectiveness regarding her interactions with those two girls and this guy.  I just want her to get some friends that won’t be encouraging her to have sex when she’s only thirteen years old.  Debbie’s storyline does serve as an interesting commentary on our over-sexualized culture, where teen promiscuity almost seems to be encouraged as a norm.  But that’s another article for another time.  The fact that the guy Debbie likes barely seemed to blink an eye when she told him that she was thirteen after she found he’s twenty made me pause in concern.  But so far he hasn’t done anything overtly sexual towards her, which I hope continues.  Who knows?  Perhaps he will be the positive influence I am craving for Debbie to have. 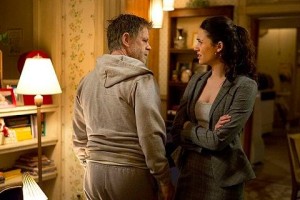 Carl’s storyline with Frank is an interesting mix of humor and heartache.  One thing I love about the writers’ treatment of Carl is that even though he is written as a very creepy and disturbed kid, he still has his moments where he shows that he still is just a kid.  His complete lack of knowledge to the transplant process was both sweet and tragic.  I can’t help but feel sympathy at his frustration when he demands to know why none of his siblings seem to care that their father is dying.  I think for Fiona and Lip, Frank has put them through the wringer emotionally and physically, and they’ve gotten to the point of not caring.  But Carl is still young and is still willing to love his father, despite his myriad of faults.  With Frank, I can never tell if he’s being sincere, but I hope that somewhere in that slowly dying body, he is able to appreciate what Carl does for him.  Frank’s reveal at the end of the episode was a bit of a jaw dropper, but given his sexual proclivities, it doesn’t completely surprise me that he would have another kid out there that we didn’t know about.  What did annoy me was his self-righteous tone with Fiona when he told her.  It always baffles me that he has the gall to act like she is being self-centered and he is just some poor victim.

All and all, tonight’s episode was a pretty solid one, and next week’s looks to be another doozy.  Fiona seems to be hopping further down her rabbit hole towards self-destruction, and Frank and Carl set off for more father/son hijinks as we will catch a glimpse of the new Gallagher.  What were your thoughts on the episode?  Comment below and thank you for reading!