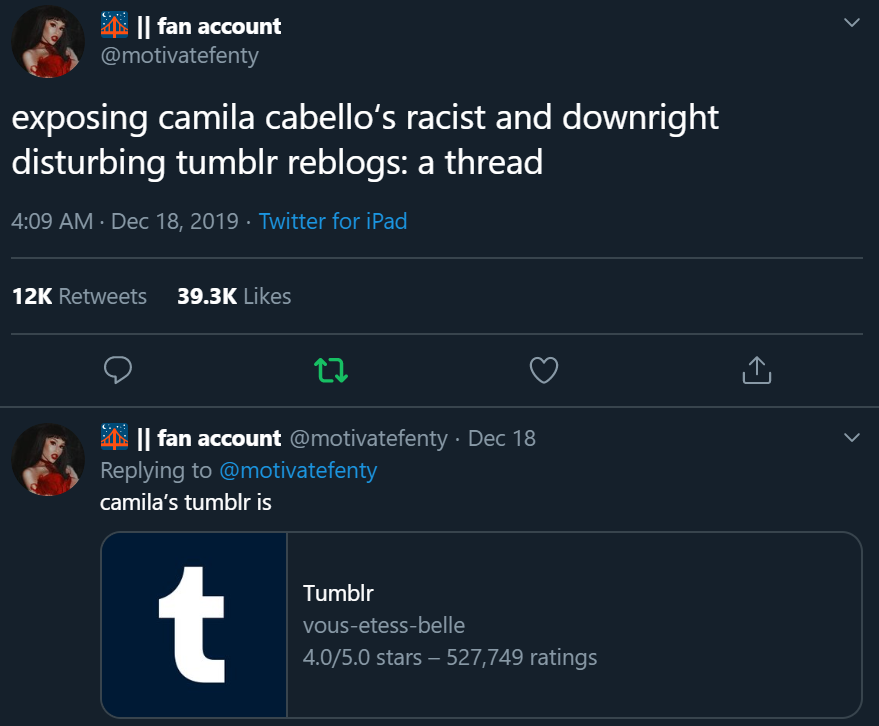 This week isn’t going too well for singer Camila Cabello. Not only did her new album “Romance” underperform (some would say, flopped), her racist Tumblr resurfaced online. Of course, her apology doesn’t sound genuine at all. It feels like she’s more frustrated about her racist past (directed at black people) coming back in such a manner.

Note: I will not be displaying the racist content of Cabello’s Tumblr.

If you have been following 22-year-old Camila Cabello, this isn’t the first time she has been accused of being a racist. However, her old Tumblr presence being displayed leaves no doubt that yes, Cabello was (is?) a racist. She had to work with her PR team to issue an apology for those accounts. So, you know this sh*t’s serious!

The fact that this occurred about a week or so after Cabello’s former Fifth Harmony bandmate Normani (I like what she’s been doing as an artist) talked about having to deal with racist attacks from Cabello’s fans isn’t a good look. I mean, of course, a racist singer is going to attract racist fans. Sigh!

You can read Cabello’s apology below. The fact she used her age as an excuse for her racist behavior isn’t surprising. Apparantly, she was 14 or 15 years old when she used those accounts. In what world do 14 and 15 years old not know that using racist language is wrong? 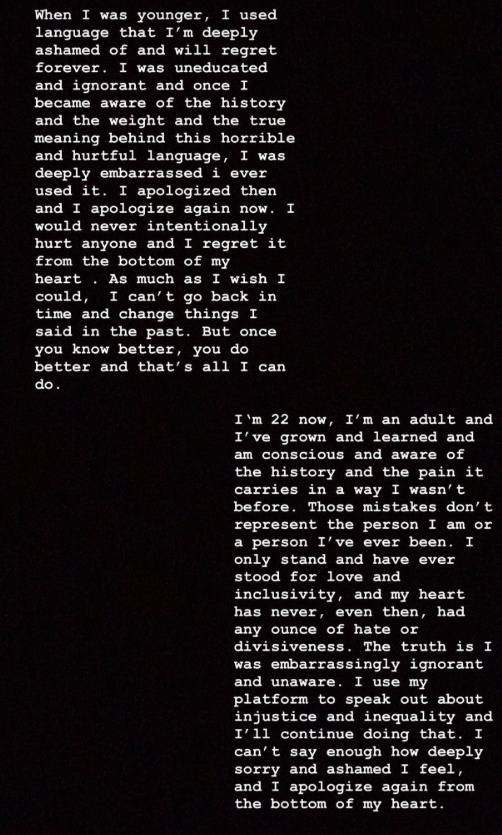 As far as my opinion goes, excusing racist language once or twice (due to a person not knowing better) makes sense. But Cabello clearly had (still has?) a racist pattern here. You can tell, even as a teenager, she knew what she was displaying on her Tumblr.

The entire thing is very unfortunate.

And yes, there are some people who are supporting Cabello and are going after anyone who isn’t accepting her apology. And yes, most of these Cabello fans are white.

They can still learn and grow, of course. But a part of learning and growing is understanding to always accept your mistakes and knowing how to properly address them when they come up.

Right now, Cabello is giving me shades of Gina Rodriguez. And that is definitely not a good look. Attacking the black community with racist language happens around the world, even by other POC. A lot of it is rooted in colorism and thinking being white or fair-skinned is the pinnacle of beauty and worth as a human being.

Hopefully, continuing to call it out will change things. Even if that change only involves other people having the sense to not be so public about their racism and prejudices.

At this point, I’m happy about her album not performing well.

And while we’re talking about such albums, Liam Payne’s was an even bigger disaster. His new album (that had the problematic biphobic song) couldn’t even sell 10,000 units during the debut.

It’s clear that many people don’t have time for problematic celebrities anymore. And that’s a good thing!