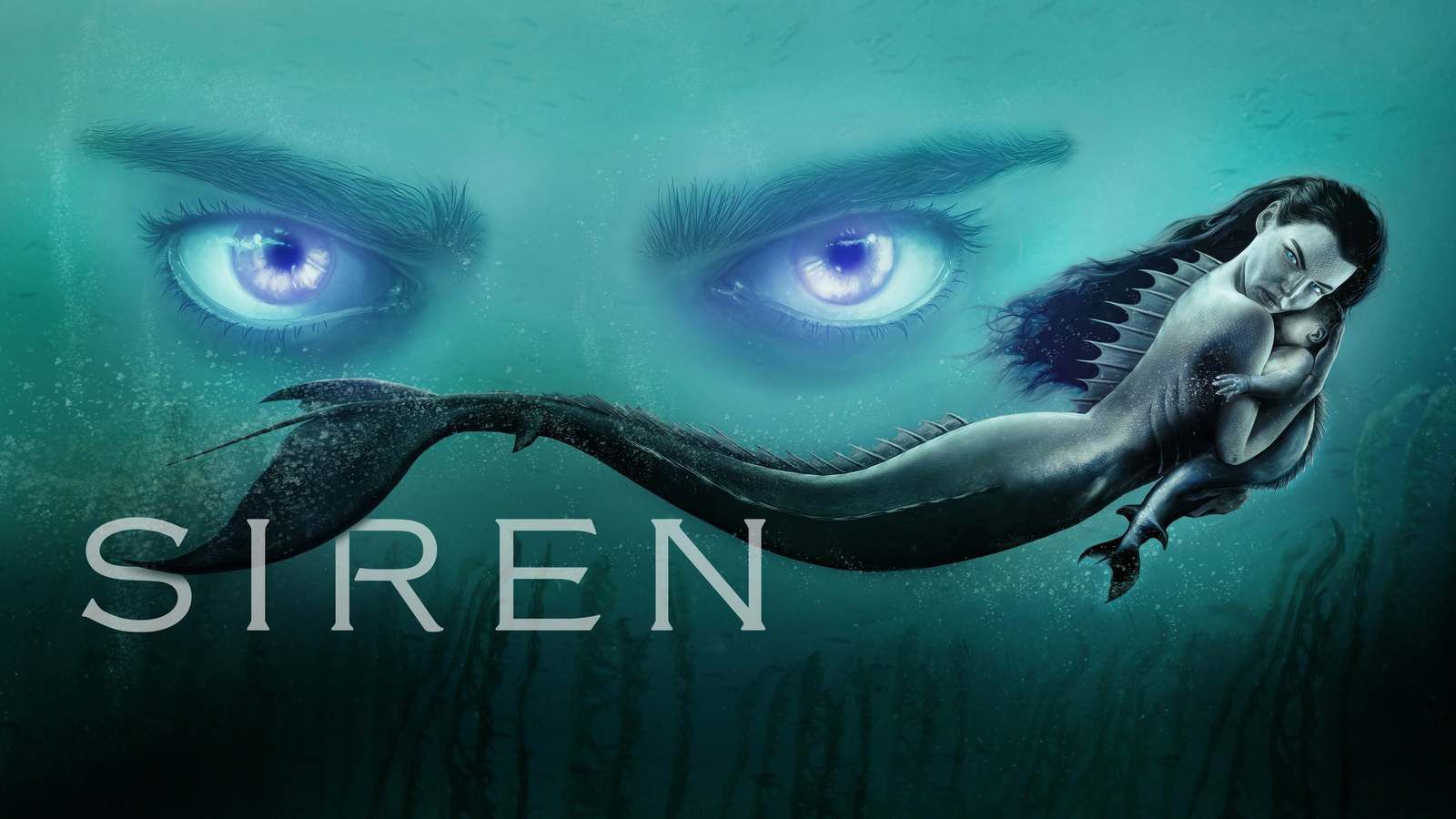 Left reeling – ha, get it? – after we were thrust into an all too real AU in Ben’s head, the two-episode Siren season 3 premiere lacked urgency. I understand they have to stretch content out over the entire season but at least give me that mermaid baby!

With almost everywhere on some form of lockdown right now, a majority of us are turning to media to keep our attention and our spirits up. Unfortunately, due to all the chaos and hardly remembering what day it is, I almost forgot that Siren is back! It comes on the tail of a perfect time, where people can watch Siren seasons 1 and 2 and become invested in Siren season 3. 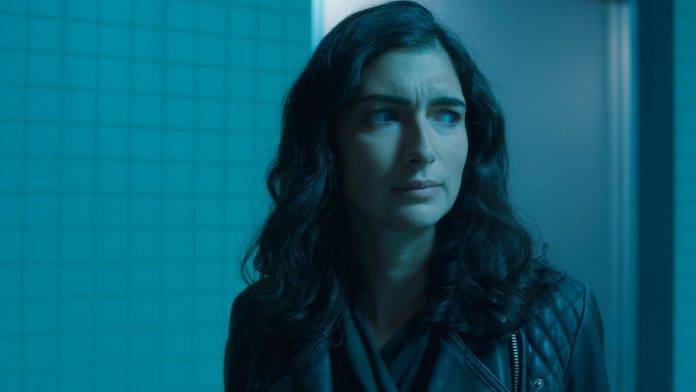 The series has been teasing the birth of a baby mermaid for months now but weirdly enough, there was only a brief glimpse of Beth’s baby growing experiment. It seemed kind of like an info dump: the doctor informs all parties involved that the baby is growing too fast and that the surrogate is no longer a viable candidate.

I wanted more information about this! They spent so much time in the last half of season 2 pushing for a baby. I suspect we won’t know, really, until episode 3, which has promised us at least a bit more information. I’m hoping they don’t draw it out too long with the looming threat of Tia.

Speak of the devil, and the devil appears. I know she’s supposed to be a villain but Tia is a badass. Her arrival via airdrop was impressive, especially for a mermaid, and I’m interested to see what they do with her. She’s already gotten herself in deep by killing Commander Kyle; she’s a weapon, practiced in the ways and language of the humans. Everything she’s been through, she learned in a very military, sterile environment.

Ryn, too, has learned the ways of humans, but through nurturing, patience, and love. At the end of the day, it’ll be nurture vs nature with these two. As seen in their fight, Tia is not one to be messed with.

The episode ‘Borders’ brings us into the world of the mermaids: we learn a bit about the different tribes living all over the world in the oceans. With the ‘Borders’, comes the mysticism and the lore of another species. Sarge appears from the mermaid spirit realm to speak to Helen to warn her of a coming war. I feel like Siren lets us experience just enough lore and world-building with each episode and each season.

And speaking of ‘Revelations’, Ben’s father seems to be remembering details from the night of his wife’s boating accident, recalling a girl in the ocean ‘where a girl shouldn’t be’. Of course, when he chases this fantasy into a storm, he finds Ryn and Tia fighting. Ben begrudgingly confirms the existence of mermaids. I know they’ve been stretching it out over a couple of seasons but I felt like that information was more ‘mid-season finale’ material. 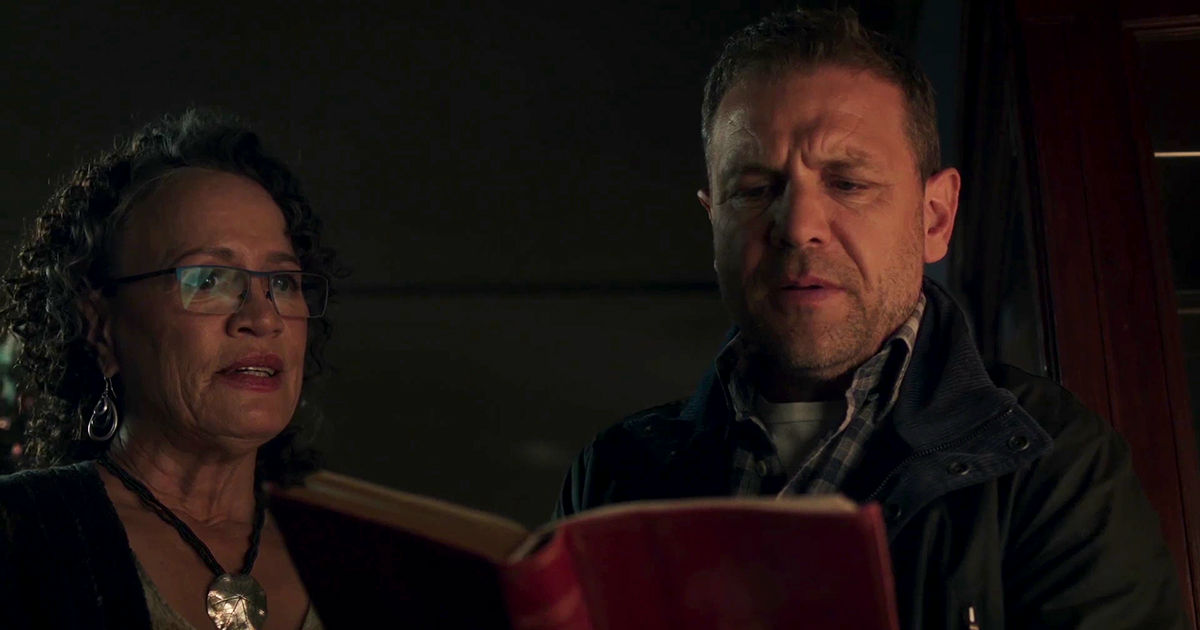 I understand that Ben made a difficult decision regarding letting Ian drown in the season 2 finale, but Maddie seems to have cut him out of her life.

With the introduction of TedTalk Robb, and the unfortunate chemistry, I’m sensing a strong wedge between them.

This is messing with my favorite pop culture polyamory triad and I’m not a fan. Sure, he’s geeky and decent looking, but girl, there is something going on with Robb that’s vaguely sinister. Also, YOUR GIRLFRIEND IS A MERMAID. I’d kill to have a mermaid girlfriend.

Unfortunately, I seem to be one of the only people in my circle who watches the show at the moment, and I need someone else to yell about mermaids with.

What did you think of the Siren season 3 premiere? Let us know.

Previous:Parasite is Now Streaming on Hulu!