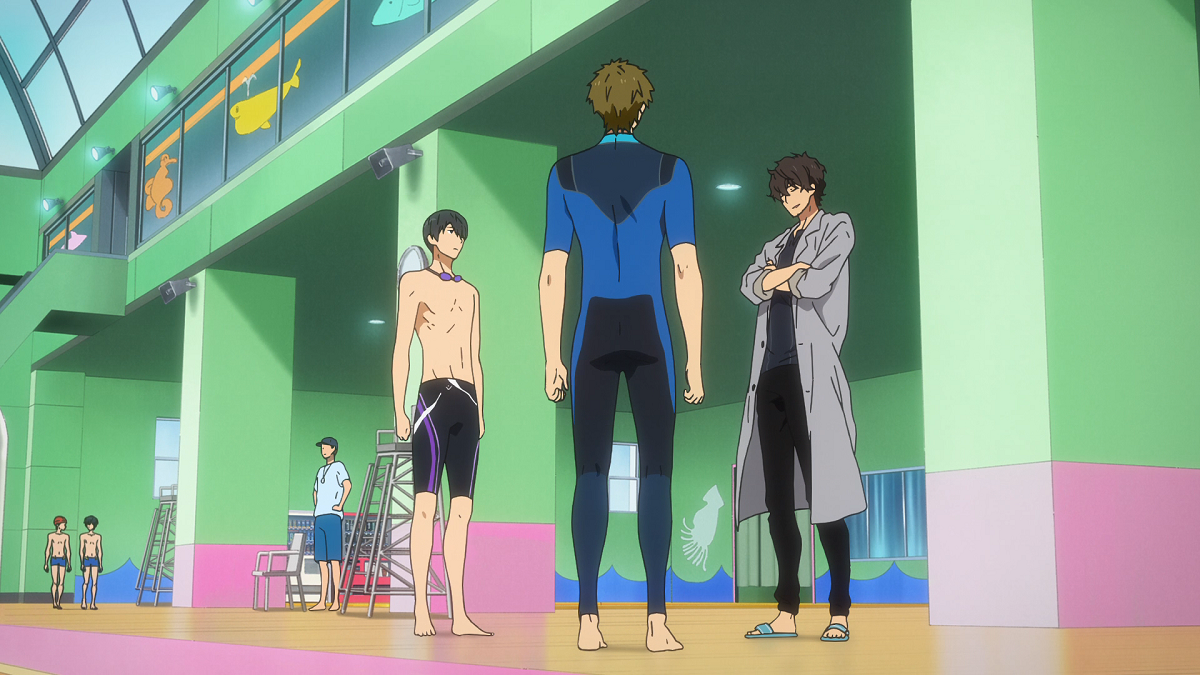 “A Solitary Medley!” gives us a little bit of a break from the angst of the past couple of episodes. There is still some brooding and some moodiness, but it seems like Free! Dive to the Future finally remembered that it’s about swimmers, because here come the collegiate championships.

I mentioned last week that, at the pace the show has been moving, it wouldn’t surprise me if there was enough material for another season. There is a lot of stuff that has been alluded to that I feel like won’t fit in this season. But “A Solitary Medley!” sort of jumped ahead by a lot. Haru is now being coached by Ryuuji and swimming the IM, Nao has reunited with Natsuya, Natsuya ran into Makoto and Kisumi, and Asahi and Ikuya had the chance to chat – all in one episode.

Now I think this is almost too much in one episode. I would have loved to see more of Haru’s individual training before he unveiled his decision in the championship. After all, Haru has been “I only swim free” since the beginning, and I understand that he’s chosen to swim the IM because it’s the only way for him to swim against Ikuya. But I have no sense of what the timeline is like – how long has it been since they started university? How long has he been doing individual training? 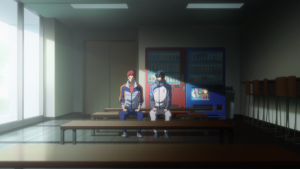 Ikuya’s talk with Asahi in “A Solitary Medley!” seems to have revealed with the climax of the season is going to be. After his heartbreak in middle school, Ikuya feels as though he can no longer rely on friends or teammates. So, obviously, the season is going to end with him realizing that friends and teammates make him stronger. This is almost exactly the arc that Haru had in season 1. Will it culminate with another relay? That seems to be a fairly standard defining moment on Free!.

There have been reunions in almost every episode so far this season, but the big one is that Ikuya and Natsuya still need to see each other. That’s clearly going to be an important meeting, which is why they’ve waited so long to have it.

What did you all think of “A Solitary Medley!”?