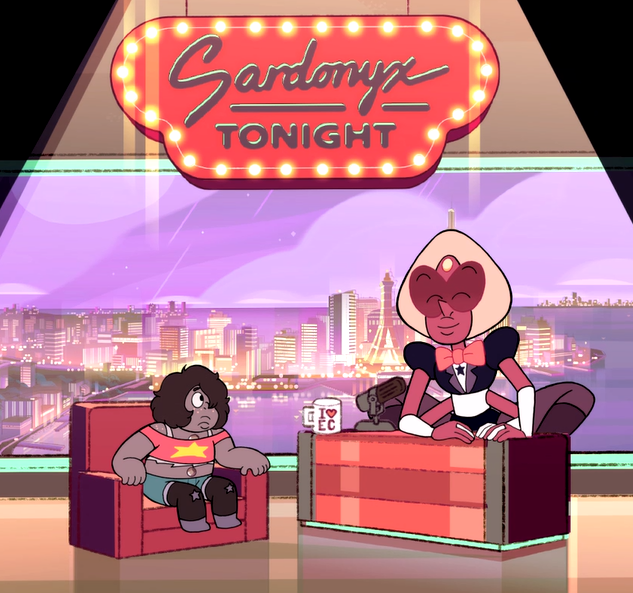 Hey kids! Grab your yoyos and giant sunglasses, because it’s time to play “Know Your Fusion!” 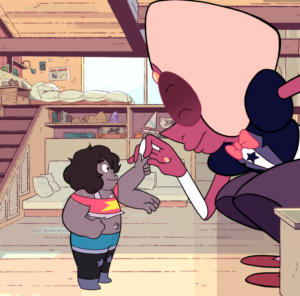 That’s right. We’ve seen some pretty amazing fusions, from the sheer grace of Opal to the non-stop energy of Stevonnie. We even had the lovely Sardonyx, who may have suffered a pretty bad breakdown about a year ago, but who’s proven that relationships can be mended if everyone is willing to put in the effort. She was back in peak form tonight, but we can’t let her steal the spotlight from the real star of the show — SMOKY QUARTZ.

Seriously, though, Smoky Quartz is absolutely amazing: their smattering of freckles, their three arms, their bombastic personality. They’re everything you could have expected a Steven+Amethyst fusion to be: playful, loud, talkative, filled to the brim with puns and a desire to show off. And a desire to figure out their place in the world.

It’s been a long running theme for both of them, as Steven attempts to navigate the strangeness of being of a human-Gem hybrid, while Amethyst coped with old insecurities about her origin, and new ones about being ‘defective’. Smoky has to deal with all of that, and the question of their own, new identity. Sardonyx is eager to help, but unfortunately, she truly does get ahead of herself. The essential mistake she made was trying to compare Smoky to other fusions. They don’t have Sugilite’s strength, Opal’s accuracy, or Alexandrite’s firebreath — and with each ‘failure’, Smoky sees themself as once again falling short of the others. It’s incredibly disheartening to see their newfound confidence chip, chip, chip away, until they eventually fall back into self-deprecation as a last attempt to brush off the intensity of their feelings. 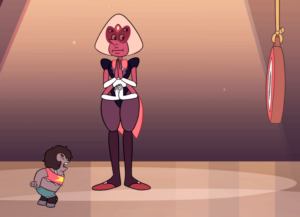 The yoyo is the unique thing that Smoky Quartz brings to the table — but it’s also so much more than that. It’s a metaphor for everything that’s wonderful about Steven and Amethyst’s dynamic. It’s energetic, it’s silly, it’s versatile. Most of all: it’s a toy. For two Quartzes, neither of whom fit the role they were assigned, it’s a rejection of the warrior persona, and an acceptance of the joy that can found from just living life and having fun.

“Know Your Fusion” was a delightfully meta episode, with footage “courtesy of Cartoon Network” and references to the celebrity status of certain voice actors (“[Nicki Minaj is] not actually in this episode, do we still have to pay her?”) My favorite joke, however, was before Smoky or Sardonyx even entered the stage: Pearl tells Garnet to ask Amethyst and Steven what’s going on, and Garnet tells her she can’t, because Garnet doesn’t ask questions. 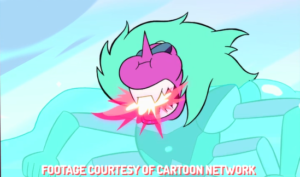 Both fusions featured in “Know Your Fusion” are entertainers. I think it’s interesting to see the juxtaposition, however, of how they perform their comedy. Sardonyx is like a stand-up comedian, reliant on her own charm and energy to get laughs from the audience. Smoky Quartz is like an improviser, dependent on the relationship they represent to boost their performance, believing that both parties are working together to make the other look good.

The idea of performance was central to the last Sardonyx arc — that so much of their repeated formations was based upon an act and deceit, and the way they could get so carried away that they’d ignore reality. Here, that latter problem crops up again. In her excitement, Sardonyx is a little slow on the uptake, but Garnet and Pearl have both grown a lot, and become much more aware of the feelings of those around them. The realization that they might have inadvertently hurt somebody (somebodies?) they love is what causes them to fly apart. They also inadvertently set the stage for Smoky to truly show off their stuff. The intensity with which Smoky Quartz flies into to save them, and the sheer outpouring of pride and affection this whole Gem family shares at the end, is what makes this episode truly wonderful.

If you had told me a year ago that there would be an episode where Amethyst and Steven’s fusion is interviewed by Garnet and Pearl’s fusion on a late night talk show stage which is her temple room, I would have laughed in your face, and then asked for the link to what is obviously an awesome fanfiction. But Steven Universe never stops surprising me, and “Know Your Fusion” was a warm and wonderful second episode of season four. 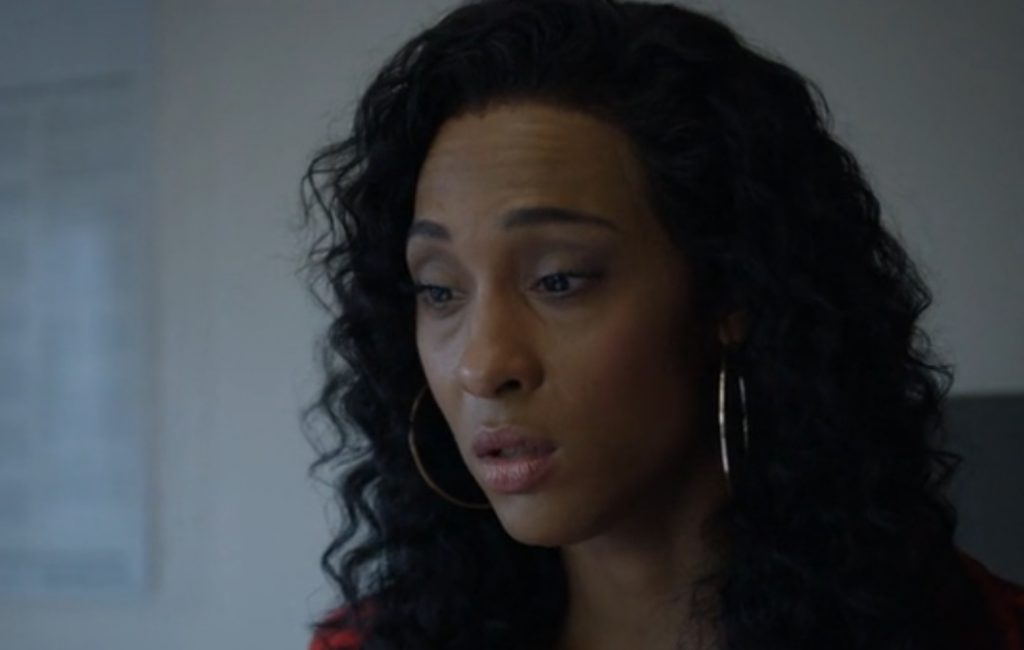