Storm #9 Review: Teaming up with Gambit! 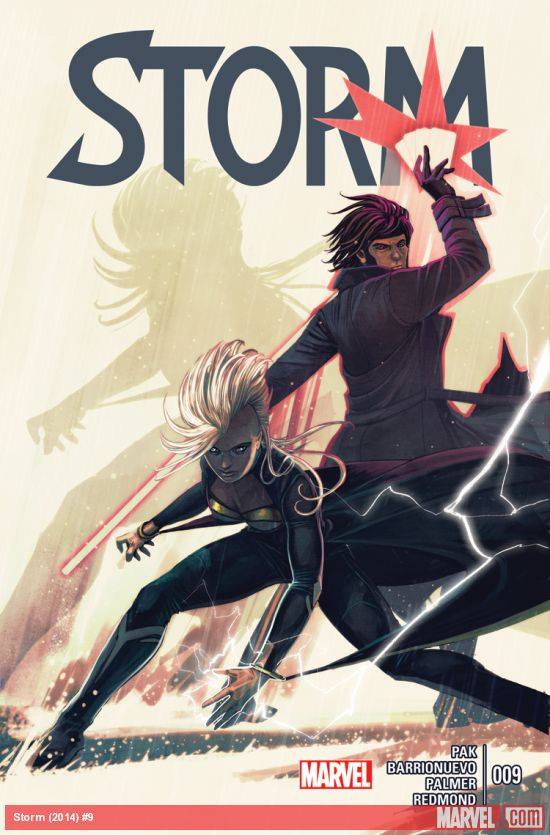 After saving people all over the world and dealing with the consequences of her actions, Storm #9 showed Ororo Munroe cutting loose and teaming up with Gambit for an adventure. This month’s issue served as a much needed breather before the concluding arc kicks in.

A lot has changed for Storm over the years. The X-Men disbanded, Professor Xavier died, and then she lost Logan. Writer Greg Pak has done an amazing job showing Storm evolve into a different yet familiar character and letting readers know what’s going on in her mind. The new Storm is someone who listens to herself and does what she thinks is right even if the consequences aren’t always ideal.

With Logan gone, she’s the one responsible for running the mutant school, but due to Storm’s free-spirited nature it’s hard for her to not let go of her responsibilities once in a while and have fun. The issue showed Gambit arriving to the mutant school and presenting an offer Storm couldn’t resist. Pak knows her inside and out. Before she got her mutant powers she was a thief, and that’s an important part of her that gets pushed back a lot in other stories. 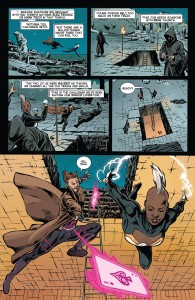 The Storm and Gambit team-up was awesome. The two used their excellent “thief” skills to retrieve the treasure from the Temple of Hermes. I liked how agile Storm was in the issue. She doesn’t need her mutant powers to deal with obstacles. The whole thing had an Indiana Jones kind of feel to it. Both characters looked out for each other as they journeyed through the booby-trapped temple. Storm’s sensitivity to magic was also mentioned. With only a few more issues left before Secret Wars I hope to see more focus on her magical heritage.

While the issue was mostly filler, it was enjoyable because it allowed the readers to get to know the characters better. A lot of times comic books focus on the threat rather than the character dynamics, but Storm isn’t that kind of series. The story also had an enjoyable conversation between Beast and Marisol, who wanted to come back to school. I liked how their conversation about responsibility contrasted with the panels showing Storm and Gambit forgetting about their responsibilities and trying to find an ancient treasure.

The only problem I had was the art by Al Barrionuevo and Neil Edwards. I liked how the panels showed Gambit tying his hair during their short adventure, but you have to admit something is wrong with the overall art when even Gambit doesn’t look handsome. After a while I found myself ignoring the art and just reading the dialogues. The cover art by Stephanie Hans was clearly one of the best we’ve seen in the series.

What did you think of Storm #9? Did you enjoy Storm and Gambit working together? Who’s the next villain she will face? Let us know!

Previous:Supernatural 10×15 Review: The Things They Carried
Next: FEELINGS Daily: Cyberbullying is The Worst