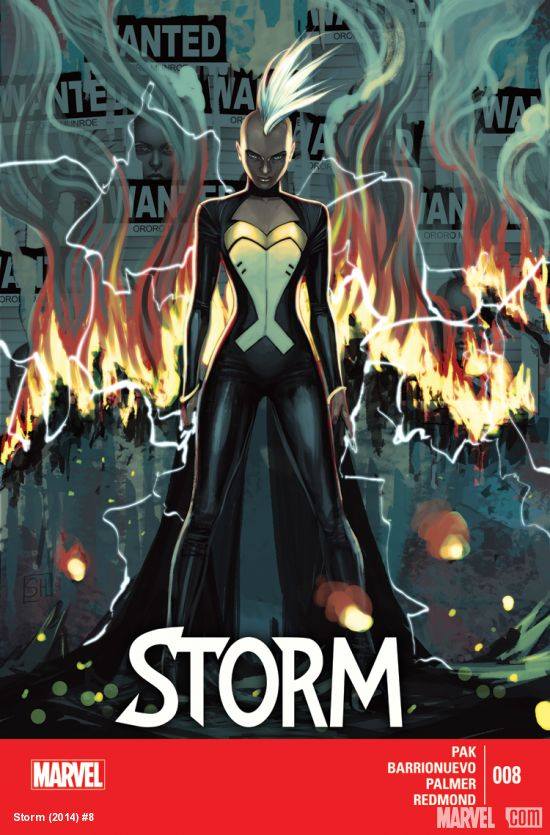 Ever since the debut of Storm, plot threads have been moving forward to one big climax for Ororo Monroe, and Issue #8 showed the Weather Goddess facing the consequences of her decisions. Storm learned a lot through her ordeals and I’m excited to see where she goes from here.

After being framed by a senator because of Harmon, the FBI came after Storm. I liked how she decided to deal with the situation on her own and not take help from the X-Men. She faced the senator and got him to tell her Harmon’s whereabouts. Greg Pak remembered the X-Men lore and brought back “Utopia”, the island the X-Men used to live on that was destroyed – and it turned out that Harmon had been scavenging advanced technology from the wreckage. 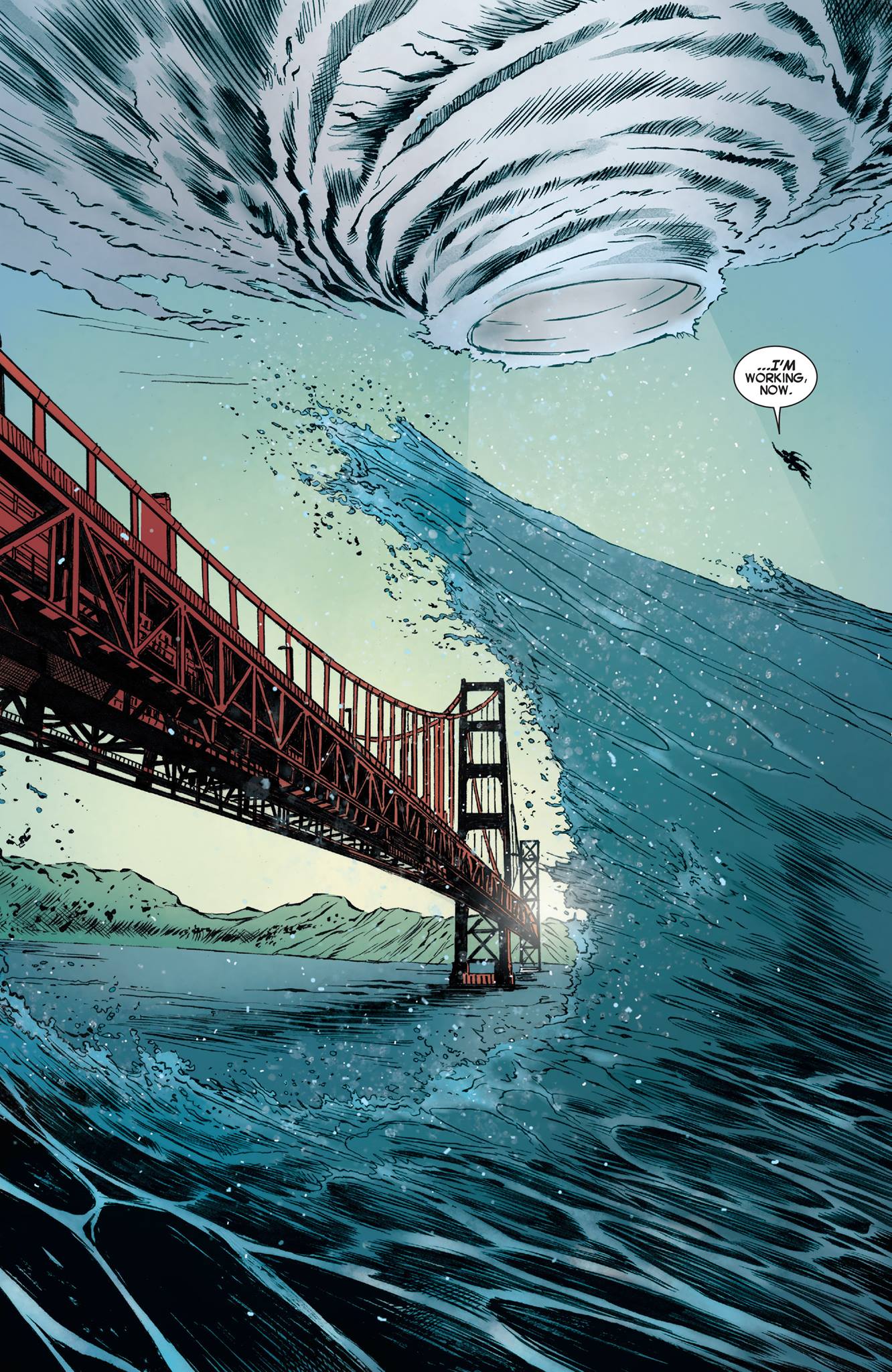 Storm demonstrated a lot of power during her fight with Harmon – she created a water shield, filled it with air, and went undersea to find him. In the last panels she actually broke the ozone layer and disrupted the protective magnetic fields around Earth to subdue a giant tidal wave heading towards the Golden Gate Bridge. Greg Pak has been using Storm’s powers in very creative ways in this current solo-series, and I hope other writers follow suit when she appears in other titles. Storm is a force of Nature, and it’s amazing to see her bend those elements to her will. It’s been so long since I’ve seen Storm use attacks other than the lightning bolts that a lot of writers limit her to!

I know some fans thought that Storm felt more like one-shots and not a proper series. However, this issue showed how Harmon had used Storm and made her face the consequences of the decisions she’s made throughout the series. She wanted the world to become a better place, but people who liked living in a corrupted world didn’t agree with her methods. Harmon did everything he could to make her an enemy of the state, and it would have worked if Storm wasn’t determined to not go down without a fight. The cover art by Stephanie Hans perfectly summed up the plot of this month’s issue, showing how Storm took care of all accusations against her.

The last panel pictured a sinister-looking person hidden in shadow undersea. I don’t know who the suspicious character is, but to me it kind of looked like Lady Deathstrike, judging by her long sharp fingers. I could be wrong, though.

What did you think of Storm #8? Were you excited to see Storm’s awesome range of powers? What do you think will happen to her now? Let us know!

Previous:Silk #1 Review: My Silk-Sense is Tingling
Next: The 100 2×13 Review: Resurrection