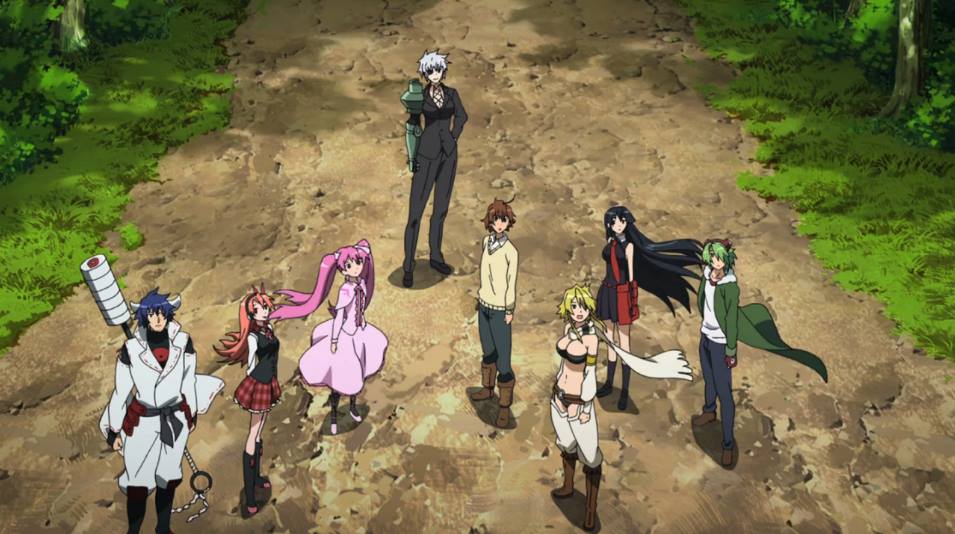 We’ve seen the end of summer, and with it, many shows completed, there’s only one show still airing through fall and I will continue to follow it. But for the shows that are finished, let me wrap up my thoughts on the end of the summer season before I plunge into the newly airing fall shows. For my mid season review, I hypothesized that six episodes was enough to gain the measure of what I was watching. Well, let me be the first to admit that I could, and was, quite wrong for a number of shows.

This is the one show that is still airing, however at this point I feel pretty confident that themes won’t dramatically change with the inclusion of another ten episodes. Deep, intellectual, thought provoking, this is not. What we get with Akame ga Kill is pure entertaining fluff – incredibly bloody, often dismembering fluff, but it’s still fluff. It’s just a fun watch where you turn off your brain and enjoy the show. I want to emphasis that it’s not a bad show, I still enjoy watching it every now and then, but nothing in it has me waiting week to week for the next episode to come out. I don’t have much to say story wise, as we’re just halfway through the season, but I’ll be sure to continue watching and include it in my final thoughts for the fall season. It’s colourful, it’s bloody, and it’s a little repetitive. If you’re looking for battle shonen, there’s more engaging out there. 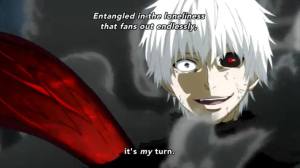 I have very mixed feelings about this show. It ended with the promise of a second season, so the story we got is very incomplete. I still feel the story line and pacing is a bit of a jumbled mess, however as we neared the end of this season, it does seem to finally find it’s footing. Previously, I had compared Tokyo Ghoul to Deadman Wonderland, mainly because of the pacing issues, rushed storyline, and a very annoying main character who seemed to develop and then regress in circles. Well, I’m pleased to say two of those issues seem to have resolved themselves. Can’t do anything to fix the mess that is the first half, but the second half is much more consistent. It’s still a little rushed, but most importantly, the main character is finally getting some actual development.

The last few episodes finally hooked me. The main character is coming into his own, and becoming much more likeable and interesting because of it.  On the negative, the supporting characters are still ridiculously over the top and dramatic, it’s a style that I personally don’t like and makes me cringe. The censorship is also very noticeable. I have no doubt it will be removed for the DVD/BluRay release, but for the time being, the viewers have to deal with frozen background shots or oddly placed shadows in what would otherwise be an extremely graphic show. I am definitely going to follow the show when it returns, though more out of curiosity than enjoyment. 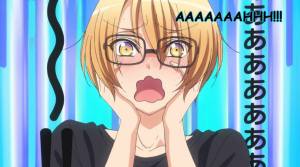 I never understood “moe” until I was exposed to the male equivalent that is the main character of Love Stage!! I just want to hug him so hard his head explodes. Watching this show is like going into a youtube spiral of cat videos. Not only that, but it’s a damn good show. It’s definitely one of the better anime romances I’ve seen. One of the strongest advantages of the BL genre is that the relationships are and will get physical, something that’s far more appealing to me as an adult. Will they/won’t they shows try my patience. When it comes to romance, I’d like to actually see the relationship once it’s established. Love Stage!! pretty much hits all the marks I look for in a romantic comedy with it’s only crime being that they didn’t make more of it. I hope this show gets a second season, because it really deserves it. 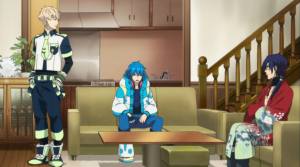 Not a lot to say, because I couldn’t keep watching it. It was just too slow and boring. This is an example of what not to do when adapting a visual novel. Visual novels being extremely dialogue heavy, the anime spends entire episodes with nothing happening except a few conversations. The mystery has no tension, the characters seem lifeless, and the plot rather contrived, and the animation is bad. I just really hated it. I’ll probably finish it sometime, if only to check off the completed box on MyAnimeList, but I wish I’d never bothered with it to begin with. 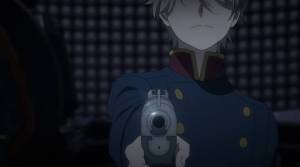 Ah, my most controversial pick. When I mentioned changing my opinion, this is one of the shows I was referring to. Now, I’m not taking back everything I said, the villains are still generic and interchangeable, the good guys still completely incompetent except for this one teenager, despite earth having been preparing and training soldiers just in case this very thing happened, and the main characters don’t develop much at all, making it hard to care for them. What I will go back on, is the reason for the war. We finally got a reasonable explanation as to why Mars was so gung-ho on taking over earth. I thought it was well explained and was satisfied, leaving me to finally enjoy the series for what it was, rather than getting hung up on details that didn’t make sense.

I’m not sure if the fight scenes got better or if I was just in a better frame of mind to watch them, but I was much more engaged in the battles and enjoyed the action scenes and strategies. The music also helped lend itself to this, as it was perfect. In the future I’m probably going to at least check out a show if Hiroyuki Sawano is attached to it as composer, he’s just that good. The characters are still fairly weak, which is the biggest disappointment, but a second season has been announced, so perhaps the problem will be solved there.

Now I can’t talk about Aldnoah.Zero with out bringing up the mouth dropping moment at the end. At first I pegged it as just being shocking for shock value’s sake, but also that it worked. For me it turned what was otherwise a forgettable series, into something with a bit more punch. But with the announcement of a second season, now it becomes interesting. I want to see the fall out of these events, I want to see how the characters develop because of this, I want to see more. As a stand alone series, I’d rank this as pretty good but not a must see, but with a second season, it has the potential to rise considerably. 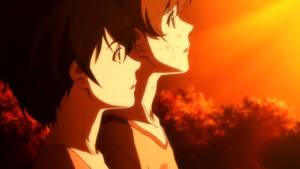 Talk about your missed opportunities. Zankyou no Terror started off extremely strong, with a premise that promised a controversial look at terrorism and insight into the minds of those driven to such desperate acts. Or at least that’s what most of us thought. I realize that the protagonists were the terrorists and that we’re supposed to like them, but the fact that the writers didn’t have the guts to have them actually kill anyone, severely diminished any impact the show was trying to have. They came across as kids playing a game, where we as the viewers saw no stakes, everyone was safe after all.

The early episodes were portraying a more cat and mouse game between the cops and bombers, which was entertaining, but then a third genius was introduced that took over the plot and basically ran it into the ground. This character added nothing to the story and could have been completely removed while keeping the same results. She seemed only there to drag the plot out and gave us no insight to the main characters despite being a part of their past. As for any insight on terrorism, or even moral ambiguity, we got nothing. The ending was just so disappointing and it makes you mad, because the potential was there. The series just did not have the guts to go where it needed to go to have any sort of impact what so ever. So disappointing. 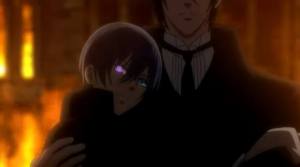 This one finished earlier than I had expected, so catching up with reviewing the individual episodes became pointless. At only ten episodes, the season covered only the one arc from the manga with no filler. As a fan of the manga, nothing came as a surprise but I was pleased with how well an adaptation it was. I feel it stands as the best anime addition to the Kuroshitsuji franchise, just as the arc is the best part of the Kuroshitsuji manga. The mystery behind Ciel’s past is developed further while the character’s moral ambiguity spirals ever darker, with him making what continues to be the most controversial decision in the series. One thing that did stand out to me that I did not expect, was how good the music was for the second half of the season. I plan to go back and look up some of the tracks as they were extremely strong and well suited to the scenes. If you have ever considered watching any part of the Kuroshitsuji series, Book of Circus is the one you want. This fall Book of Murder will be released as a two part OVA, covering the next arc of the manga.

To be honest, I felt the summer ended feeling pretty mediocre. Nothing stood out as truly amazing, the only thing I would give a solid stamp of approval to is Kuroshitsuji, which I was already in love with, and Love Stage!! which covers a very niche market. Everything else with potential will be made or broken based on their second half/season. Fall however, will have me very busy. Fate/Stay Zero is number one on my to watch list, with Psycho Pass 2 and Log Horizon 2 following. For new shows, I’ll at least check out are Terra Formars, Shingeki no Bahamut: Genesis, and Kiseijuu: Sei no Kakuritsu. I’m sure I’ll be adding to that list though before mid season hits.