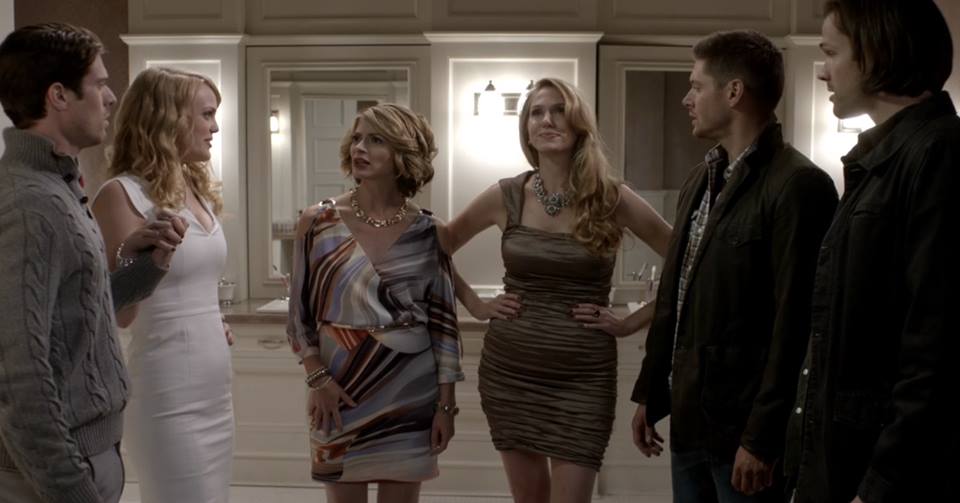 One of the best movies of the 1980s is “Clue”, based off the popular board game of the same name. Leave it to Supernatural to do an entire show with it as a massive reference.

This week’s episode reverted back to the “monster of the week” format. It looks like they are doing a one-off/one-on in regard to the larger story arc so far this season. Don’t get me wrong, this is perfectly fine, I just wish we’d have more story arc at this point (we are in season 10, after all) than monster of the week. Yes, it’s the foundation the show was built on, but there are a lot of loose ends I’d like wrapped up. I know they are ahead of us (SPOILERS: The returns of Charlie Bradbury, Cain, and Claire Novak being the most notable ones), but I’m getting a bit greedy and want them now. 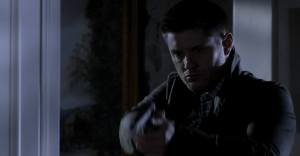 So, in returning to the homage of one of Tim Curry’s best film roles (Dean even called the butler “Wadsworth”), we saw the fun side of Supernatural again this week. Since season 10 was touted to be the season on Deanmon, it’s quite interesting we are getting a lot more laughs than darkness. Though we did get that moment in this episode with Dean excessively shooting the shapeshifter, as it was his first kill post-demon we did see something different in him. Sam even commented on the brutality of it, while Dean shrugged it off as him wanting to make sure it was dead. Two shots would make sure of that, yet Dean went for eight. I’m thinking it’s more than just wanted to make sure the shifter is dead, but that’s just me. 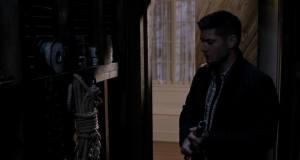 The laughs were good, though, don’t get me wrong. The continual prop gags (candlestick rope, lead pipe, wrench, revolver, knife), the similar construction of the sets caught me, the victims (cop, maid, though I was really hoping for a singing telegram girl…) despite the lack of rain, it was a good parallel. Eric Charmelo & Nicole Snyder must have really loved that classic film, as much as I did. They even included the actual board game Clue in the attic scene!

I do like the call back to Bobby, which started this whole episode off. It was nice to have that call back, and the boys mentioned them being his surrogate sons… I’ll admit, I cracked a sad smile. Family was another parallel this episode as well. As that is a big bond for the Winchesters, both with blood (save for a certain someone *cough* Adam *cough*) and friendship, they witnessed how that didn’t matter to the people they saved this week. Secrets, lies, infighting, and so forth – all of which was very soap opera. I felt it kind of gave the boys something to hold on to, or at least reinforce their relationship, as it was fractured at the beginning of the season. We had that more in the previous episode “Fan Fiction”, but this showed us the contrast for Dean and Sam.

We also saw Dean working on Baby yet again at the beginning of the episode. Now, I know I’m not the only one who nearly died when Dean said “It’s just a car” earlier this season. I think with Dean’s proper return to hunting, and the theme of family the last two episodes, the inclusion of Baby is important. She is after all the most important object in the universe. I do feel as if Dean is making up for his mistreatment of her, which I love. Dean working on Baby demonstrates to his life before the Mark of Cain and being a demon. It’s a return to the old Dean. I do like the care he’s giving her, and I like the demon-side (supposedly) gone (he wasn’t really that demon-y to be honest, just a jerk), but I feel like there should be something more. I can’t quite put my finger on it, but there is something missing.

One final comment, the song at the end of the episode, “Travelin’ Man” by Bob Seger. As we all know, music is a big part of Supernatural. This song is no exception. It’s pretty heavy on meaning, as it talks about being trapped and escaping; how bad things have happened and traces of it are left him his soul. All of this experiences are seemingly for the best making him a “wealthy soul” and yet he keeps on moving. Yes, it’s mostly about sleeping with women, but I see it as much more than that and a lot more profound when you apply it to Dean Winchester. This song is sometimes paired with “Beautiful Loser” of the 1976 Live Bullet album. Now that song is about low expectations, so not to be disappointed. I feel that this is Dean trying to return to life before everything that happened, and just hoping for a bit of normalcy, or what is “normal” for the Winchesters.

Overall, it was a fun filler episode, especially with the cougars trying to pounce Sam, but I really look forward to the more overall plot heavy episodes. Oh well, there’s always next week.