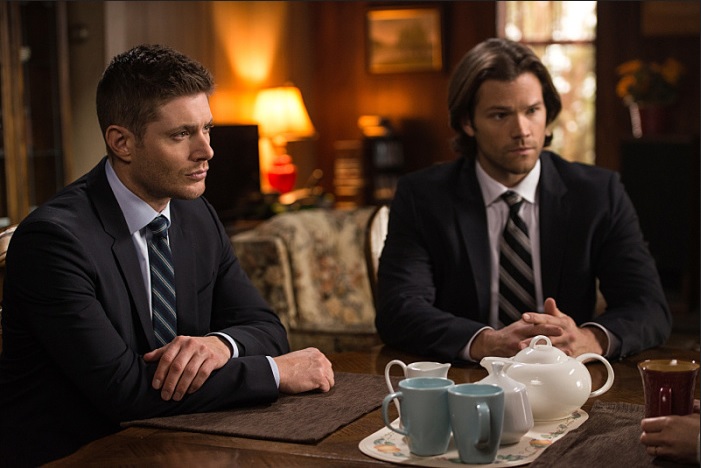 In times of trouble and stress, there’s nothing more important than a safe house. It and the people that inhabit it provide safety, advice and reassurance that the fight is both worthy of the effort and still capable of being won. The Winchesters and the viewers were in need of this little morale boost.

In this great effort, written by Robbie Thompson and directed by Stefan Pleszczynski, the safe house takes the form of flashbacks to an earlier hunt of the same monster by the ever-entertaining duo of Bobby Singer and Rufus Turner. The late hunters have always been a great source of entertainment and humor in previous seasons. They’ve been sorely missed since their deaths. 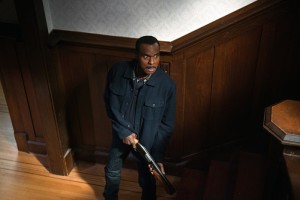 The inter-cutting of old and new iterations of the case was quite clever. It emphasized the similarities of both the details of the cases and the hunters that worked them. I’ve always been amused of how similar to Rufus that Dean is, in attitude, humor, wordplay and body language. Sam and Bobby share many traits as well, particularly the facial expressions they assume in reaction to the comments of their partners. Other similarities abound, like Sam sharing Rufus’s desire to occasionally get an easily solved case to raise morale in times of frustration, and the interaction of Dean with the trapped girl being very similar to how Bobby dealt with the boy.

The direction of the episode played up those similarities, which also served to highlight the differences in the characters. An example of the differences that really stuck out to me was the rapid switching between Bobby and Dean prowling the same house with identical flashlights, looking for the monster. Although Bobby was more defensive than Dean, demanding the monster stay away from him instead of Dean’s “come and get me” dare, they both used an identical insult. It emphasized the difference in motive and style between the older and younger hunters. Bobby, particularly since he possessed only the means of trapping the monster instead of killing it, was a lot more inclined toward surviving to fight another day. Heroes that they both are, Dean has always been a little more reckless than his mentor.

The difference between the victims of the case was a brilliant decision. The use of a married lesbian family as the newer set of victims highlighted the cultural shifts that have occurred in the world in the “handful of years” that went by. I also adored that the mention of their difference from the previous affected family was so understated; very much a “no big deal” moment. This is a dramatic difference than how it’d have been treated just a few years ago, when it would have likely been the sole reason the second set of victims were attacked, unless it simply was not allowed to be included at all. Society has grown in the last few years, and it’s good to finally see Supernatural catch up a little.

In the same vein, I’m glad to see both sets of endangered women and children survive. This show rarely gives us a happy ending for the victims, particularly if they’re women. We desperately needed them to make it, especially in an episode that kept emphasizing that you can’t save everyone. To paraphrase Doctor Who, some days, you just need a day when everybody lives.

The continued emphasis of that statement, labeled by Rufus as the “oldest rule of Hunting”, was sad. The fact that the discussion was made by a character that died in a hunt connected to a big-picture storyline to a character that also died in a hunt connected to a big boss fight gave it a bit of a spooky “someone walked over my grave” air. It also made me concerned for the rest of the season. There’s still the matter of saving Cas and stopping two ultimate big bads at the same time, and it’s not like there’s much help out there. The idea that they might lose someone important before the end makes me nervous for the future. Hopefully, Rufus’s final “forget the oldest rule” comment points to a better outcome in the end.

The season in which each element took place was an interesting choice as well. In many ways, the seasons have much of the same issues taking place. Lilith and worries about stopping the apocalypse from taking place were frequently mentioned in the flashbacks, which along with Rufus’s active hunting and Bobby’s mobility, places the flashbacks in season 4 (approximately around 4.07, it appears, thanks to the comment about working overtime for “the last few weeks” on the apocalypse). That means that just like the current season, Lucifer was a big worry to our heroes. The main difference for the season in that regard was that while Lilith was a secondary threat to Lucifer in season 4, in the current season, the female big bad is seemingly the bigger threat.

I also enjoyed the contrast of the research montage. Bobby is forever associated in my mind with the enormous library in his possession, and it seemed fitting that although the time between cases wasn’t actually that long, the older duo resorted to more conventional means of case research. The younger pair, despite their new-found connection to the ancient compendium of knowledge that is the Men of Letters library, took a mixed approach to the case. It’s good to see the future of hunting in action, and I’d like to applaud whomever it was that took the time to digitize the archives for out-of-bunker use. (Sam? Kevin? Charlie?) I hope they make it available to the community at large at some point. 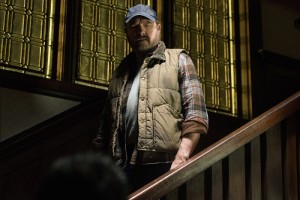 I enjoyed the fact that Robbie also found time to slip in a bunch of small references to past episodes, from the constant apocalypse comments and name-check of Lilith, to the call-back to “Weekend at Bobby’s” in that phone call from Dean, to the flask that Bobby eventually got stuck to. At last, we know the story of the bet that got Bobby the bottle of Johnny Walker Blue that Sam and Jody talked about in season 7. We even got sad references, like the comment about Bobby’s car smelling like “roadkill casserole”, an offhand remark that nonetheless reminded me of the last time we saw the car abandoned to rot in the Salvage Yard in the years after Bobby’s death. It’s the details like that which adds depth and feeling to an already excellent episode, and makes it one to remember.

Why have the guys never thought to use a backhoe to dig the graves? Wisdom trumps beauty, I suppose.

In the end, the episode provided more than just an interesting case to boost morale. It reminded us that although things seem bad sometimes, we’ve been through similar things, and we can still get a win with a little help from the friends around us. Hopefully, that bodes well for the rest of the season. And with luck, maybe it won’t be too long before we see our safe houses and friendly faces again.