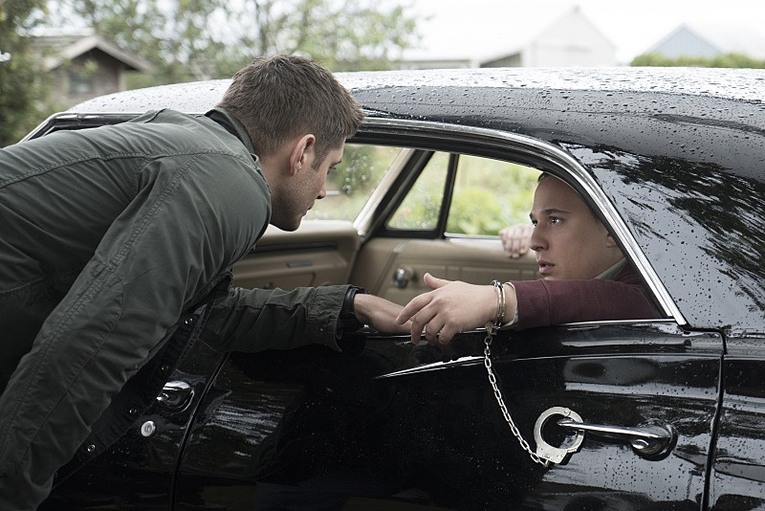 It’s hard to follow up an episode like ‘Baby.’  Last week is sure to go down as one of the most memorable episodes of Supernatural, so it’s unfair to call this episode mediocre after riding the high from such an incredible episode.  If I can dig myself out of that enthusiasm, I can see this episode for the well-structured, entertaining episode that it is and admit I actually quite enjoyed it.  I’ve always thought the Lizzie Borden case interesting, so even though it started as a Monster-of-the-Week episode, I figured it’d at the very least be something moderately intriguing.  I was surprised to see a MOW episode relate back to the main arc, though.  Usually MOW episodes are completely isolated.  While I’m not particularly fond of the Darkness arc, I still think it’s a great change of pace.

Most of you know that I’m a huge Cas fan.  He wasn’t in this episode, but I still found myself happy with how he was included into the overarching plot despite his physical absence.  The fandom has come up with the term “Cas-nesia” to explain how the show continually forgets Castiel’s existence.  Thankfully this season they seem to be keeping him in the brother’s minds even when he doesn’t play directly into the plot.  I’d rather Cas be back at the bunker marathoning The Wire than forgotten about or set adrift on his own with no friends or home.  So Cas wasn’t in the episode, but he wasn’t forgotten about and that’s a massive improvement from the last couple of seasons.  Thank you, writers. Well done.

As far as the Darkness arc, I’m not sold on it quite yet.  It still reminds me of the disturbing Renesmee story from the Twilight franchise.  Her adult form was highly sexualized and ‘imprinted’ on Dean. Then she was a baby, a child, and now a pre-teen and her and Dean still have a ‘connection’ of some sort.  Still super creepy, guys.  However, I was intrigued by the side characters and the exploration of how soullessness effects the human body.  Cindy was much more similar to the soulless people we’ve met before.  She feels free and commits heinous crimes in revenge for the pain she felt when she still had a soul.  Len, however, feels depressed and detached.  Len is not the traditional soulless killing machine that we’ve grown used to. 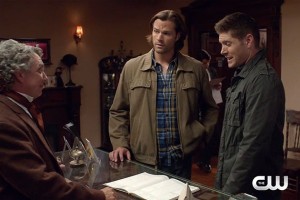 There’s some speculation that this episode implied that Dean may be soulless.  I’m not entirely sure I believe that theory.  The constant “going through the motions” commentary by Len and Dean’s joke about killing the people they are supposed to be saving seem to be the biggest hints people have about soulless Dean, but that’s not enough to tip me over the edge on this theory.  He’s been depressed before and still had a soul.

Overall, not a bad episode.  Not exactly super memorable or noteworthy, but a decent follow up to a remarkable episode that’ll go down in Supernatural fandom history books.  It wasn’t useless despite being a filler episode, had interesting side characters, and respected the secondary cast even when they weren’t on the screen.  It gives me faith that some of the other filler episodes from the season could have potential.

Previous:Samuel Johnson & Boswell Headed for the Big Screen? YES, PLEASE!
Next: “Illuminae”: For When You Want to Be Blown Away by a Book