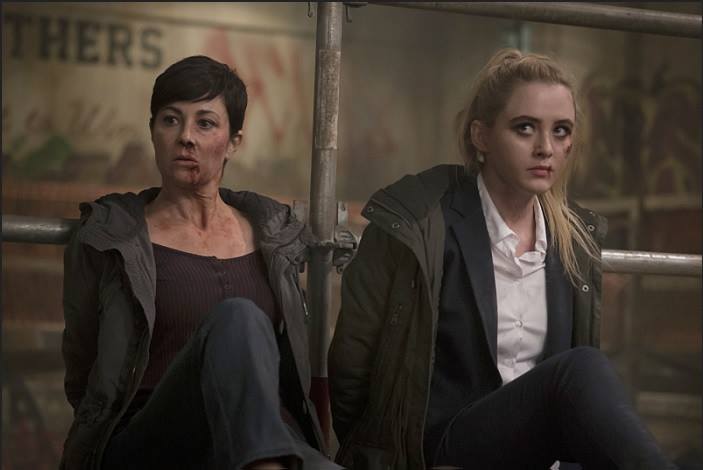 When Supernatural aired “Bloodlines” in season 9, they hoped to translate the popularity of the show into a usable spin-off. They failed. If they’d used this episode, they would have succeeded.

When Andrew Dabb wrote “Bloodlines“, he attempted to get us emotionally involved in a plot-line dependent on the personal interactions of several people severely damaged by the traumas they went through. This might have worked, but for one fatal flaw: We didn’t know the characters, and they weren’t likable enough to keep our attention until the plot hooked the audience. The combination of under-developed plot and uninspiring characters doomed the attempted Supernatural spin-off.

“Don’t You Forget About Me” avoids that fate. The characters of Jody, Claire and Alex are characters that the fandom knows well from various episodes over the years, and their entertaining adventures and resulting rich character development have been greatly appreciated. The collective assembly of three of the best developed remaining female characters into one place meant that right off the bat, we were invested in seeing what happened to them. This gave the plot the time and encouragement it needed to grab the audience’s attention.

I must commend the writers for taking the time to learn from their mistakes and taking the risk of creating an episode so heavy with fan favorites. It likely wasn’t intended as a backdoor pilot episode, but it would definitely work as one. Given those characters, those specific actors, decent writers, the right show-runner, and a decent time slot; the “Wayward Daughters” concept would be on many viewers’ “must see TV” list. 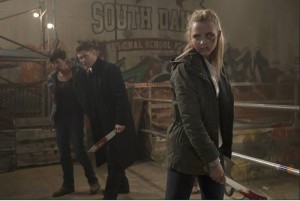 I was greatly pleased by the fact that the characters were also treated well by the show at the end. Supernatural doesn’t have the greatest track record at this, but these characters developed as individuals that are perfectly capable of saving themselves, and I was gratified by their continued survival. The trio of very resourceful ladies not only managed to nearly complete their own escape before the guys got there, but also managed to negotiate their personal relationship challenges with better grace (and better communication skills) than the guys normally do, and still had time for a lovely bonding experience at the end. In a show that frequently has issues with both the mistreatment of developed female characters and the creation of shallow female characters as the designated victim-of-the-week, it’s nice to see an episode that actually treats them well.

Both of the villains were suitably creepy in that way, but started out subtle before becoming obvious, which prevented them from overpowering the relationship plot-line of the three women. Although I sympathized with the main bad guy at first, it quickly wore off as he continued speaking. Many people, both in the series and in reality, have horrific things happen to them. That doesn’t give them the justification to go out and destroy other people to make it right. Every character in that room had lost someone important at one time or another, and most of them didn’t go out and start tearing apart another community as a response. (Dean is, as always, an outlier in this regard.) By the time the fighting started, he actually reminded me a great deal of the guys out there that complain on social media about life not giving them the opportunities they desired (be it financial or personal), despite being “such a nice guy.” It was very well-managed, and I rather enjoyed how the episode played out.

The episode was rich with great moments of humor, like that utterly delightful family dinner scene (especially the guys’ reaction to the sex discussion), and lots of great little references to past episodes. It was great to see another episode set in Sioux Falls. I appreciated both the reference to Cas at the beginning and the continued presence of the Grumpy Cat plushy from “Angel Heart“, showing that although one of the family isn’t present, he’s not forgotten. I also liked that the monster was connected to Alex’s past. Dealing with the consequences for past action is the big theme this season, and I liked that it carried over to all of the characters in Supernatural, not just the big 4. 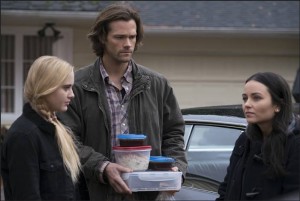 On a side note, I enjoyed the tiny character moments we saw about the characters. Jody is clearly the Winchester older sister (or maybe a younger female version of Bobby), and I loved the return of Jody’s mom voice and the guys’ reaction. Claire and Alex each seem to reflect the personality of Dean and Sam, respectively, and I look forward to seeing them develop. The guys clearly need more home-cooked meals (did Dean stop cooking?) and more practice eating in polite company. Maybe Jody and the girls can get them to come visit for thanksgiving next year? And this time, bring Cas (sans the Prince of Darkness, though. He’d make a terrible house-guest.) Dean would make for a great dad (for more than the 3 days he actually was one.) And you just know that when Dean isn’t watching, Sam entertains himself with cute cat and puppy videos.

This episode was written by new writer, Nancy Won. She did a lovely job with characterization, as all of the characters felt genuine and true to previous episodes – a tricky task that the show has not always managed well. The plot was a nice balance of quiet character moments and action scenes, and the episode passed quicker then I expected. I had high hopes for this particular writer, considering her previous writing experience, and though I wasn’t particularly enthused by her first script, this one more then made up for it. I must commend her for an excellent job.

This episode was one of the better ones in recent seasons, and if they eventually choose to use it to create a spin-off, I’d watch it in a heartbeat. It was well written and the characters and their relationships are lovely. I look forward to seeing them, and further scripts by Nancy Won, again. 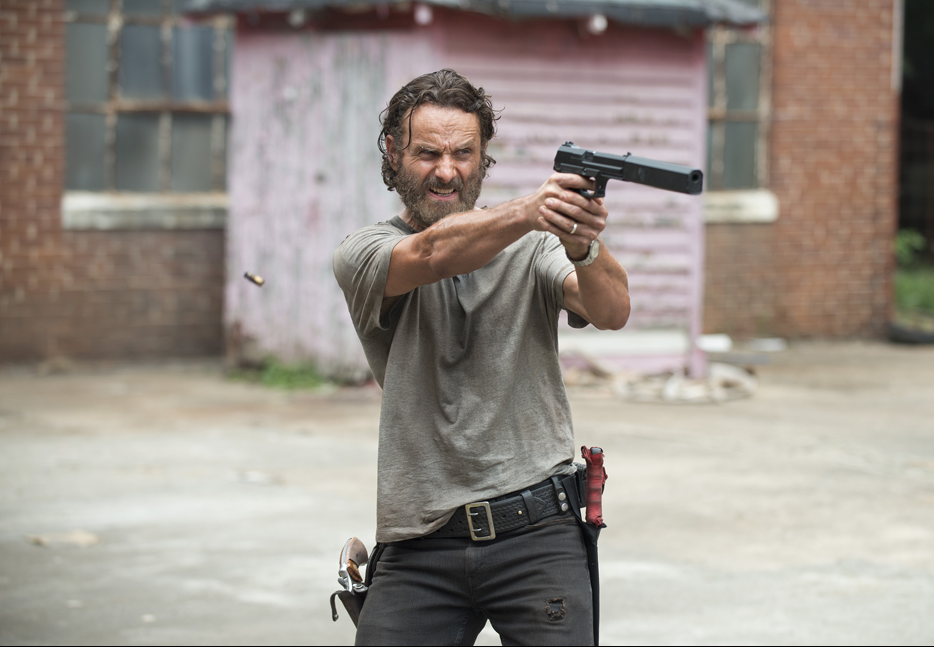 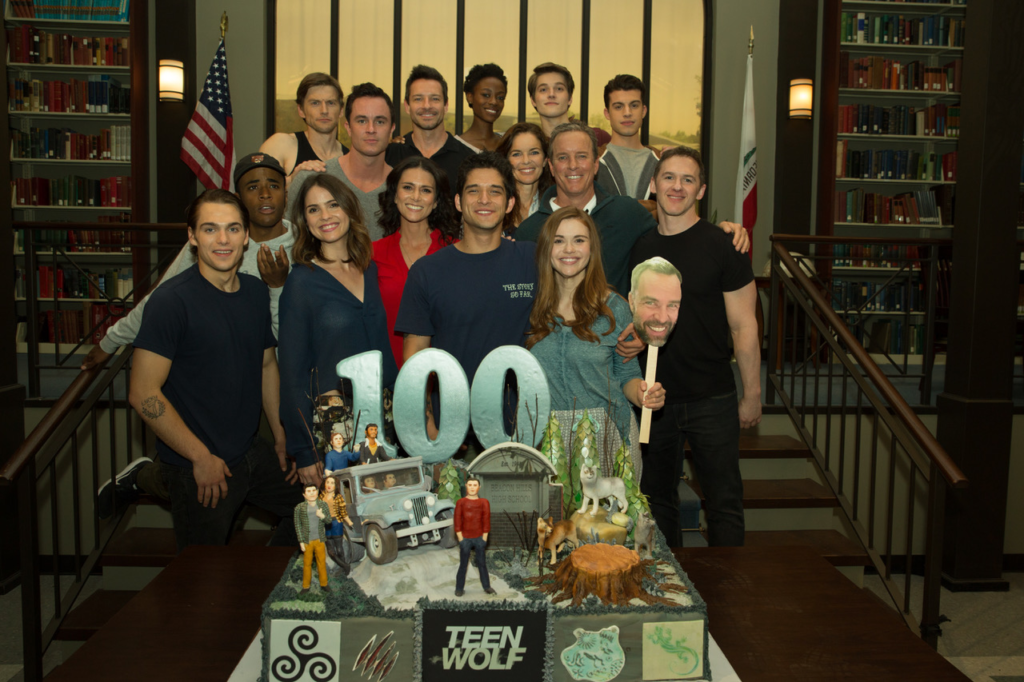 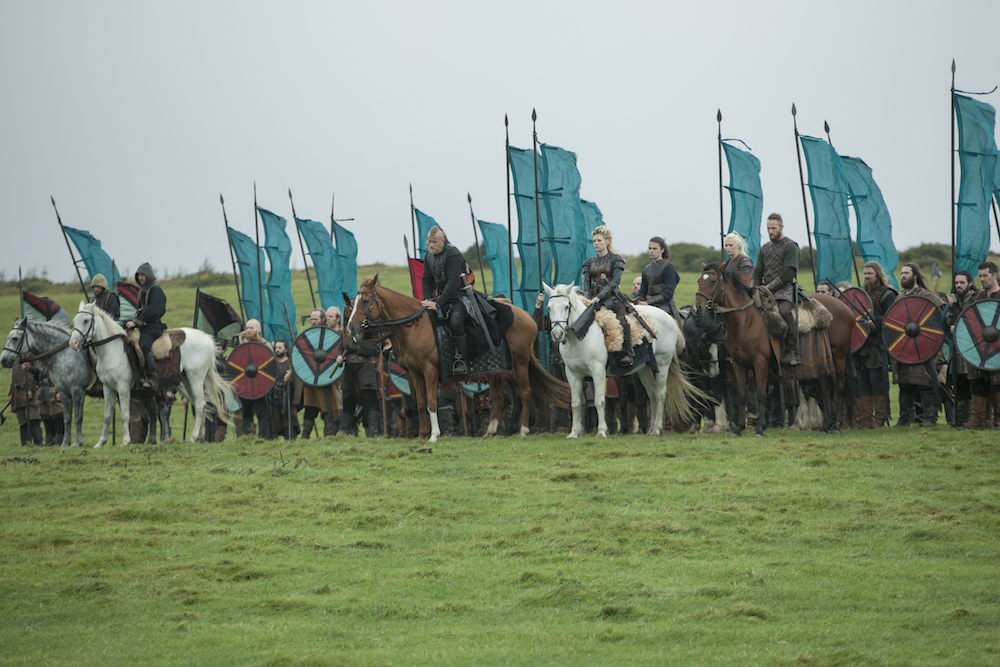