After the ill-fated attempt at creating a Supernatural spin off with ‘Bloodlines’, the CW has expressed interest in taking another shot at creating a series that takes place in the same universe as the popular horror-themed drama. There’s no word yet on what their next attempt will be, but fans have plenty of ideas of what they’d like to see in a show.

One of the most talked about ideas has been for Sheriff Jody Mills to get her own show, which has only strengthened these past few months as her story has expanded. She now has a sidekick, Donna, an adopted daughter, Alex, and, as of “Angel Heart”, will be looking after Claire Novak.

Things are set up perfectly for an exciting, demographically appropriate, and strongly female-dominated story that can run parallel with Supernatural.  Fans have dubbed this concept “Wayward Daughters.”

One of the biggest criticisms against a Jody Mills spin off that I’ve run across online is her age. First of all, on principle I find this notion appalling. However, I understand that the demographics for the CW skew young so if I take a step back from my gut reaction, I can understand where it comes from. But now that Alex and Claire are with her, this is a moot point.

We have two dynamic, fierce, tough teenage girls who have tangoed with the supernatural for a huge chunk of their lives. They are the next generation of hunters and match the network’s demographic aims perfectly.

Another thing this spin off idea has going for it is the all female crew. For years fans have wanted more diversity in the Supernatural universe and have hoped to see the spin off reflect that (see: ‘The Supernatural Spin Off Needs a Female Lead‘).

Entertainment in general is dominated by cis straight white men, but a lot of us want to see characters we can identify with depicted in these stories, too. Supernatural in particular has often killed off many of their women and POC characters rather quickly… until now, at least. This season has had many incredible women feature prominently, and now most of them are all hanging out with Jody Mills. 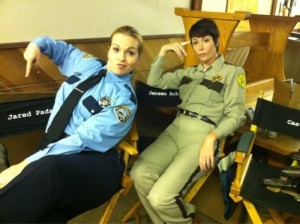 One of the biggest failures of Bloodlines was the fact that none of us really knew who these characters were or why we should care about them. A Jody Mills spin off fixes that issue, too.

All of this adds up to a perfect mix of elements to give both the fans and the network what we need.

I had a chance to talk with Riley and Betty Days, the organizers behind the Wayward Daughters social media campaign, about what they’re doing, what they hope to accomplish, and how others can get involved.

Q) What is ‘Wayward Daughters’ and why are you rallying behind the idea?

Riley: Wayward Daughters is a sort of fan-created idea that’s been circulating throughout the Supernatural fandom in one form or another ever since Jody took Alex under her wing last season. When Claire was sent off to Jody’s at the end of “Angel Heart”, the fandom exploded with enthusiasm over the line that she was being sent to “some sort of halfway house for wayward girls.” We latched onto the idea, even though it was thrown in as a joke. There’s been so much fandom-wide excitement over the complex, incredible female characters that Supernatural has been including in its episodes recently that we all just sort of jumped at the opportunity to see more of them. When we realized that Kim Rhodes and Briana Buckmaster were just as excited as we were, it sparked a firestorm.

Betty Days: I think the concept of Wayward Daughters has a lot of potential, because it’s about women mentoring girls, and that’s something we don’t see a lot of in media. Given SPN’s fanbase of women from a wide range of age demographics, it seems like something that’s definitely in our wheelhouse as a fandom, something we can all relate to and learn from. We can use it as a tool to send some really good messages, break through a few glass ceilings, and build really meaningful dialogue that SPN by definition is unable to focus on for more than one or two [episodes] a season.

Q) How many people are involved behind the scenes of the campaign and have any of you led similar campaigns before?

Riley: It all started with a series of tweets between Twitter user zoewillowsmama, Betty Days, Kim Rhodes, and myself. I offered to make t-shirts to use as a fundraising tool, but Kim suggested that the powers that be would be more apt to listen if we had strength in numbers rather than funds. I knew that there was a buzz around the idea on social media (particularly Tumblr), so I asked Kim how best to channel that energy into an effective outlet. She told me to try to get a lot of people to show the producers how much they wanted Wayward Daughters. So, I took to my blog, sending out the call to action. Within minutes, dozens of people responded asking how they could help, where they could get the Wayward Daughters t-shirt, to whom they could write emails or letters. So, in a way, the whole fandom is involved behind the scenes.

But if you want to get technical, [Betty Days] suggested I grab the Tumblr and Twitter URLs so that we could further channel the energy of the fans through a central outlet. Betty and I run the Twitter and I have been running the blog. I’m a graphic designer, so soon after making the social media accounts, I created a logo and signage for the Wayward Daughters Academy to give everything a unifed look and to have a sort of visual to rally behind. I, personally, have never led a campaign of this magnitude – I was just a very enthusiastic viewer who given the right tools by Kim Rhodes.

Q) What’s the reception of your campaign been like so far? Have the actors or show runners noticed?

Riley: The reception of the campaign has been overwhelmingly positive. I knew that the fans were excited to see more of Jody, Donna, Alex, Claire, and even Krissy and her gang, but I never anticipated just how much. In the first day, nearly 3,000 people had liked or reblogged the call-to-action post (which had information on how to mail letters to the producers and network), several hundred people had followed both the blog and the Twitter, and I was receiving dozens upon dozens of very enthusiastic tweets, messages, and notes – people begging to know how to make it a reality, people saying they would pay money to make it happen, but most of all, people saying that yes, THIS was the spinoff they’d been waiting for, THIS was the spinoff they would watch with as much enthusiasm as with Supernatural.

I kept Kim and Briana in the loop during that first day, showing them just how much positive support the idea was getting. They were both so excited that they began tweeting a pitch for dialogue to the pilot episode to one another. We’ve been tagging Robbie Thompson and Robert Berens (some of the fan favorite Supernatural writers whose involvement we would love to see), but they haven’t interacted with us yet so it’s hard to tell if they’ve noticed. As for the producers – I know that hundreds of people have already sent letters or postcards their way, but if that isn’t enough, I started a petition yesterday that already has nearly 1,000 signatures, so I’m hoping we can send that their way when we get more.

Q) What is your campaign currently working on?

Riley: Right now, our biggest goal with the campaign is to generate more excitement and involvement. The fans of Supernatural are some of the most involved and invested viewers of any media I’ve ever seen, and that’s incredible. We’re hoping to continue to channel that willingness to become involved and be invested by starting a Represent t-shirt campaign (similar to the ones Osric and Jared and Jensen have done recently) to raise awareness for our cause and to benefit an organization that helps homeless or troubled youth. We are currently researching charities and organizations, so as soon as we find the right one and I finish the design, we’ll get that going.

Q) Do you have some ideas for what you’d like the next step of the campaign to be? Any plans?

Riley: After the t-shirt campaign ends, we’d like people to take pictures of themselves wearing the shirts and flood social media with them. We’re trying to generate as much awareness for Wayward Daughters as we can, because we know the potential excitement of the majority of the fandom is out there, we just have to tap it. Betty is looking to do some fun and engaging activities with the supporters of Wayward Daughters, like giveaways. After we’ve gathered enough voices, I’m hoping that we can get in touch with some of the writers, show runners or producers to find out the best, most effective way to proceed. We already have thousands of fans behind us, so I’m hoping that it will be enough support to show that we really are invested in this idea and that we will do whatever it takes to make this dream a reality.

Betty Day: I have a few ideas on how to generate interest, but I’m also open to hearing them from others, too, because our fanbase is filled with brilliant, enthusiastic individuals. We’re also lucky enough that we can have open dialogue with the actors and creators of our show so that our voices can be heard. I have a lot of hope for this project, and I think with enough inertia and creativity, we can make it happen.

Thanks for talking with us, Betty Days and Riley.  You can follow their campaign on Twitter and Tumblr.

So readers, what do you think of this spin off idea? Does it have potential? 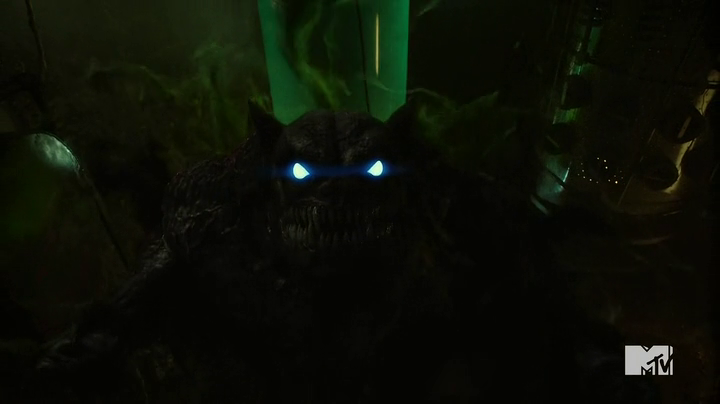 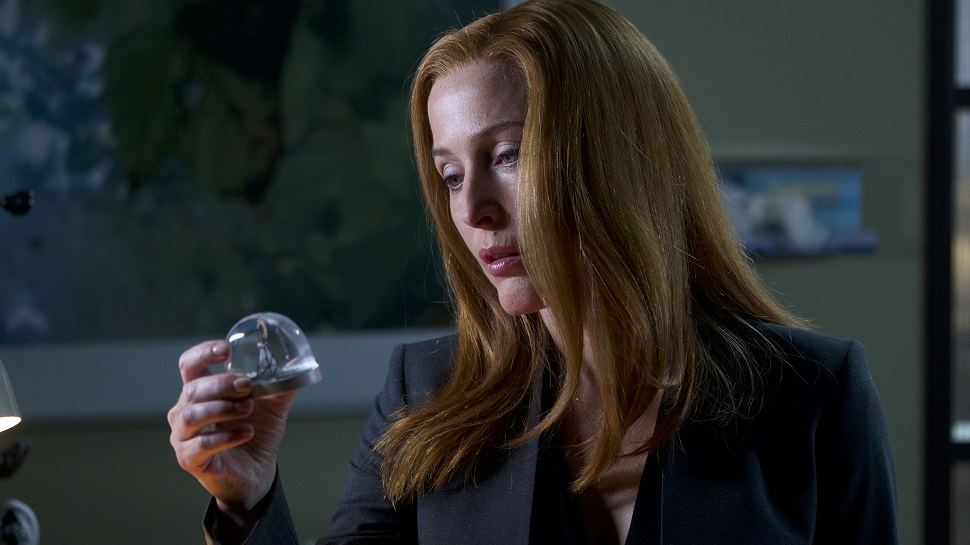 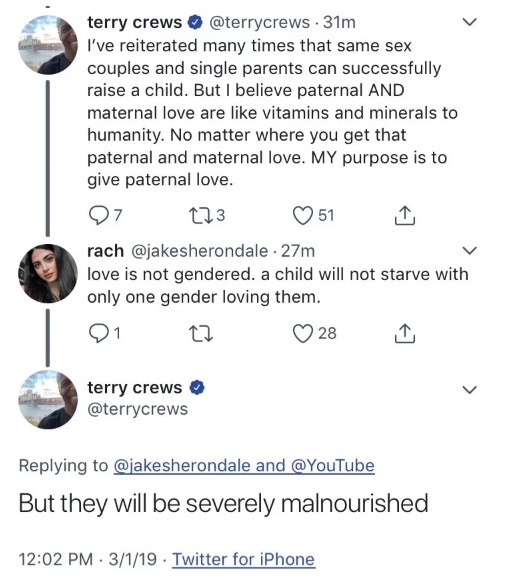