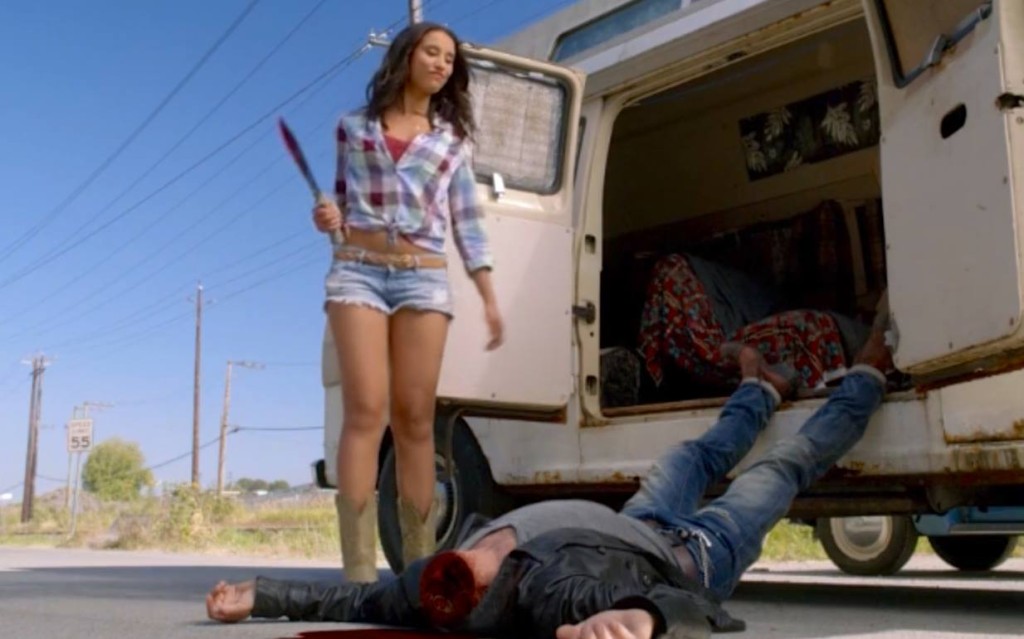 The Winchesters themselves could not to convince me that Supernatural treats female characters well. Don’t get me wrong, Supernatural is great but I don’t think that even the powers that be would disagree that it doesn’t have a fantastic track record when it comes to female characters. Unfortunately, the format of the show – which focuses on the male leads to the detriment of all others – hasn’t given Supernatural much opportunity to change it’s tune in regards to the representation of women… until now.

In the summer of 2013, The CW announced that there would be a backdoor pilot for a possible spin-off during Season 9 of Supernatural. The pilot, scheduled to be Episode 20 of Season 9, is set in Chicago and Jeremy Carver told Entertainment Weekly it will “have main characters who are both human and monsters”. Robert Singer stated that the spin-off would be much more of an ensemble than Supernatural, which wouldn’t really be hard.

Whatever you think about the potential spin-off, there is one thing that is clear – it desperately needs a female protagonist.

Supernatural’s success can be attributed almost entirely to the screen presence and chemistry of its stars; Jared Padalecki and Jensen Ackles. Sure it has a lot of other things going for it, but it’s Jared and Jensen that make it stand out from the crowd. The thing about that is – it’s impossible to replicate so why bother trying? The most logical way to combat this is to throw the model out the window and go for something completely different, like a kick ass lady hunter (bonus points if she’s queer or a WOC).

The spin-off is already touted to be an ensemble show, so there is plenty of room for attractive white men in the supporting roles if necessary. [Not to say that a show needs white men to succeed, just that Hollywood seems to think so.] But a dynamic female lead could really help it stand out from its predecessor.

Considering the way the Supernatural fandom reacts to female characters, I can understand why TPTB might be skeptical. This reaction comes from the fact that female characters pose a threat to the Winchester’s dynamic. With a whole new cast of characters, the spin-off offers the chance to set up a dynamic that welcomes femininity rather than fearing it. Not only does this present the opportunity for less misogynistic narrative, it also opens up the door for a whole world of stories that would be impossible on Supernatural. 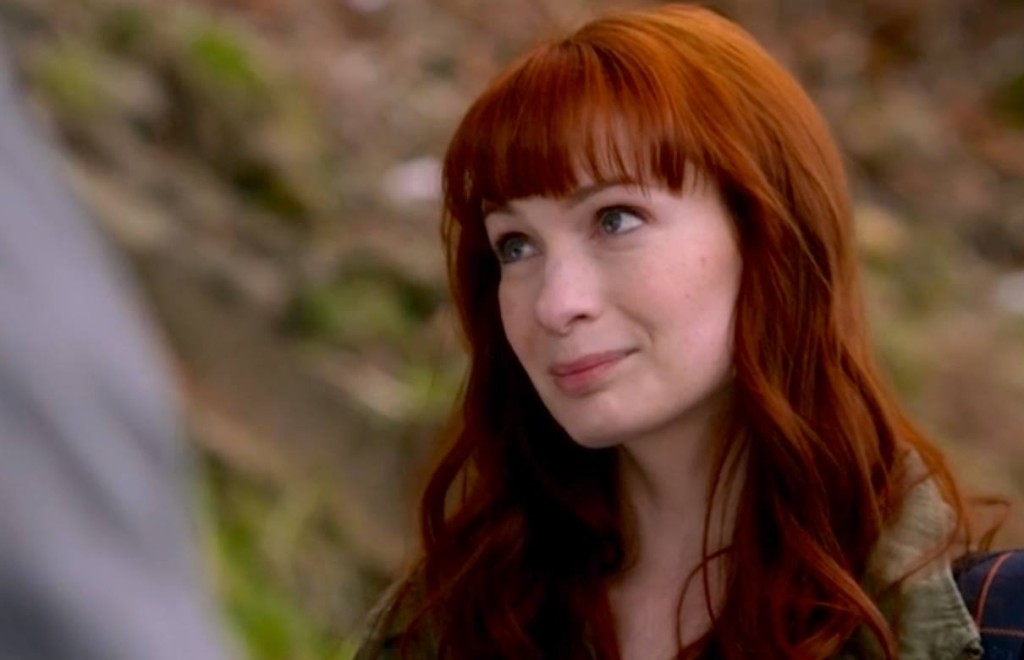 Look at it this way, female characters that are not presented as a romantic threat are embraced by fandom – like Charlie Bradbury (Felicia Day) and Sheriff Jody Mills (Kim Rhodes). So it’s pretty clear that female viewers are prepared to love female characters, we just want to love them on our terms. And like I said above, adding a couple of pretty white boys in the background should satisfy the slash fans. Besides, the male-hero driven narrative is getting old. It’s time to move on.

Let’s face it, Supernatural has told every possible story about two traditionally masculine white male hunters. It’s been done, that dead horse cannot be flogged anymore. By making the hero a girl, suddenly it’s something new. There are new stories to be told, and new relationships to be discovered. (And I’m not just talking about romance although I’m not opposed to it. As long as it’s not a human-girl/monster-boy romance or a boy/girl/boy love triangle – The Vampire Diaries has that covered).

If that’s not convincing enough, think about this – the Supernatural fanbase is predominantly female and while a number of women enjoy looking at attractive men (although it should be noted that a large number of queer women watch Supernatural) we also like seeing ourselves on the screen. It’s been over 10 years since Buffy the Vampire Slayer ended, it’s time for a new hero driven narrative with a woman a the helm. 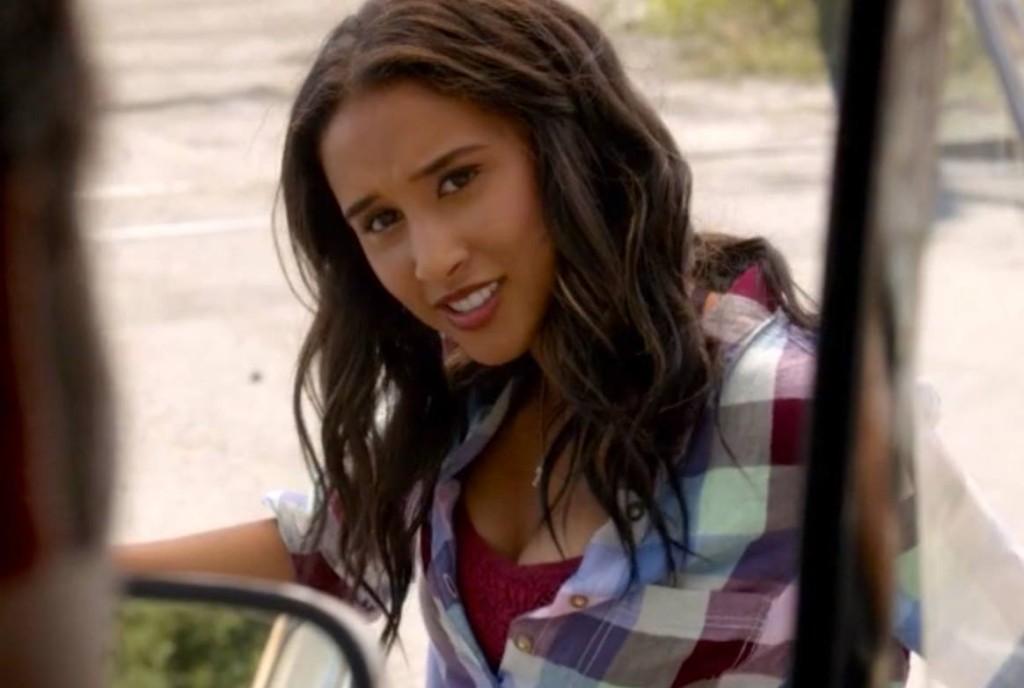 There are even a number of established female characters from Supernatural that could very easily make the transition to Chicago for the spin-off. Charlie and Dorothy Baum (Tiio Horn) might be off fighting a civil war in Oz, but once that’s done they could move to Chicago to fight the things that go bump in the night. Remember Cassie Robinson (Megalyn Echikunwoke) from way back in Season 1? (Yes I’m aware “Route 666” was a terrible episode.) I’ve always wondered what she did after Dean and Sam left – maybe she got dragged into the supernatural underworld. What about Tracy Bell (Olivia Ryan Stern) from 902 “Devil May Care”? She wears plaid and she’s got a tragic backstory; she’s basically already a Winchester.

See it’s easy, because the amazing thing about female characters is that they are a lot like male characters; they are all people. Anyway, we REALLY don’t need another manpain suffering misogynist hero with daddy issues. And without Jared and Jensen’s charm there would be no forgiving the blatant sexism. If this show doesn’t have a female lead, it probably won’t be worthy of anyone’s time.

As a final note, I would like to add that all heroes need an adorable sidekick, and in this case it would have to be a girl. That way the show will automatically pass the Bechdel test and we get a cute female comic relief to boot! The more I think about this the more disappointed I will be if it doesn’t become a reality.

Ultimately, only time will tell what becomes of the Supernatural spin-off (these things occasionally just drift off into the ether). But until we find out otherwise, I will keep my fingers cross for a much needed female protagonist.

Previous:Young Avengers 13 Review: Saved by the Power of Love!
Next: Review: Teen Wolf Season 3B Trailer