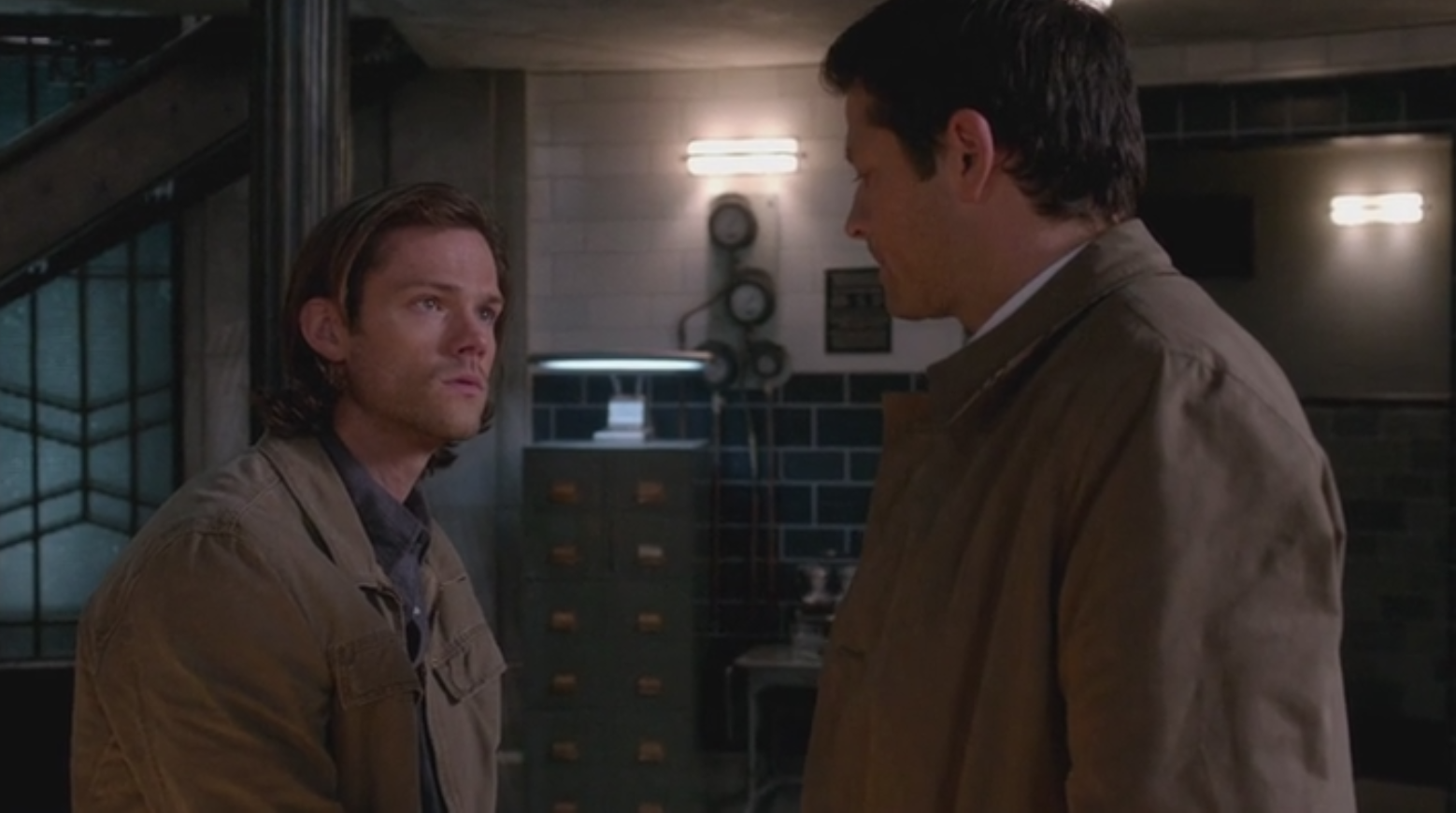 As upset as I was with the Winchesters parting ways yet again, this split has offered opportunities for rarely seen character dynamics to thrive.  Mark Sheppard and Jensen Ackles nailed it tonight and I was thrilled with every scene they shared together.  Misha Collins and Jared Padalecki also had a lot of fabulous scenes in tonight’s episode.  Despite the fact that Misha is my favorite actor on the show, I feel like their scenes were definitely second to the amazing chemistry between Ackles and Sheppard.  Amazing performances all around.  The episode wasn’t without its problems, though.  Once again the show introduces a promising female character only to take all of our hopes away.  As incredible as the rest of the episode was, this whole situation really put a bad taste in my mouth. 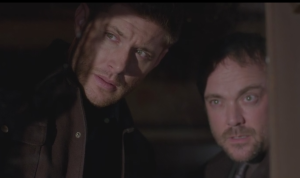 My favorite moments of the episode all came from Crowley and Dean.  Crowley is definitely evil.  He’s an antagonist and he’s killed people and that’s not something that can be overlooked.  Morally I should be completely against him teaming up with the Winchesters for anything, but this doesn’t stop me from enjoying every moment that he’s on screen.  Once again I find myself desperately wishing he wasn’t so darn evil so that he could actually be a permanent member of Team Free Will.  He adds a sardonic humor to every scene he’s in that I find incredibly appealing.  There’s always a dark humor running throughout the show generally, but the dryness of Crowley’s quips are hard to beat.  In season 5 Crowley teamed up with them to take out Lucifer and now he’s teaming up with them to go after Abbadon.  It seems that if you compare him to the other evils that exist in the world, he’s definitely the lesser of them.  He’s still evil, though, and as viewers it’s easy to forget that as we get lost in Mark Sheppard’s amazing performance.

Jared Padalecki and Misha Collins are always fabulous together, but they rarely get scenes alone.  In the past this has been blamed on their penchant for playing pranks on each other on set and I am no doubt looking forward to the gag reel, but this has come at a sacrifice of the characters’ relationship.  This episode more than made up for it though.  Castiel has learned a vital lesson thanks to a combination of the Winchesters and a peanut butter and jelly sandwich.  Castiel has grown as a person over the years and no longer has the same outlook he did even as recently as last season.  The ends no longer always justify the means for him.  Sam and Castiel bond over their shared trait of screwing things up and their friendship develops into something even stronger than it was before.  I’m looking forward to more. 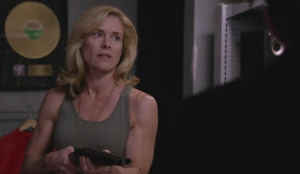 Unfortunately this episode didn’t thrill me all the way through.  This season has continued with the very strong trend of killing off their new strong female characters within the episode they are introduced and I was hoping we’d start moving away from that.  As soon as a new strong female character was presented to us I began pleading “please don’t die.”  This episode was written by Robbie Thompson and he generally treats his female characters fairly well so I had high hopes.  He’s the one that created Charlie, after all, and he crafted Dorothy into an incredibly badass character just a few episodes ago.  Even the writer that I hold in such high regard isn’t immune from the occasional misstep it seems.  If this had been the first instance of the season where this occurred I may have been more forgiving, but the show itself has a bad history of this exact type of thing and I’ve become hyper aware of just how often it happens.

Despite the mistreatment of the new female character, the episode did manage to introduce a new male character that shows a lot of promise.  Cain is being framed as a surprisingly intriguing ally given that he’s typically framed as a simplistic villain.  Once more Supernatural has taken religious lore and twisted it in a fresh new way.  It seems as though he’ll be playing a vital part in this seasons overarching plot, which seems to be shifting focus now that we’ve reached the halfway point.  Whereas during the first half of the season the fallen angels and Gadreel dominated the ongoing plot, it seems the battle between Crowley and Abbadon is taking center stage for the back half.  I’m generally happy with the shift in focus as the first half of the season was very disappointing and I love both Crowley and Abbadon, but I am sad that this means the chances of seeing Tahmoh Penikett reprise his role as Gadreel is getting slimmer. 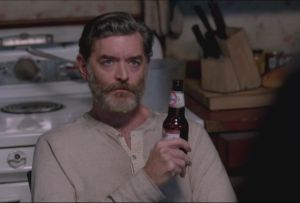 Overall this episode was far better than almost any episode in the first half of the season.  I’m disappointed that the brothers are still apart and that the trend of mistreating female characters is continuing, but there’s a lot of promise for the back half of season 9 to improve.  In order to keep this momentum going they need to focus on what they want the central plot to be, add some permanent female energy in the dynamic (bring back Jodie or Charlie, perhaps?), and get the Winchesters back together.  Once they get these issues sorted season 9 can live up to the expectations Supernatural fans have set for the show that we love so much.