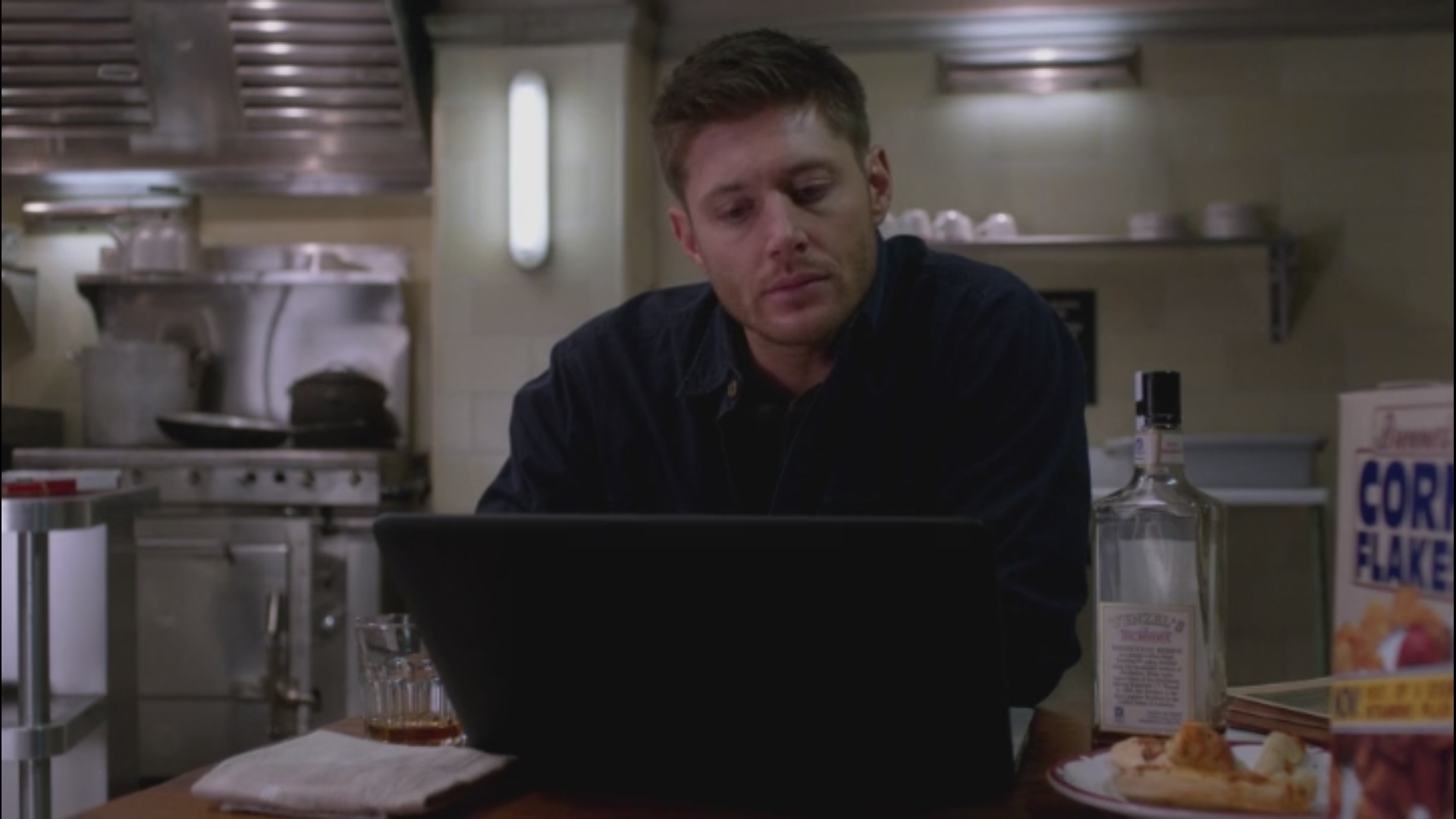 The way this episode was marketed made me fear that it was going to be nothing but fat jokes from beginning to end. It certainly started off that way and there were fat jokes littered throughout, but it wasn’t as bad as I was bracing for it to be. The episode reminded me very much of the Adipose plot from the Doctor Who episode ‘Partners in Crime.’ There were moments where there were laughs at the expense of overweight people, but it was surprisingly not the focus of the episode.  If the presence of even one fat joke offends you, might might want to skip this episode.  Honestly you could skip it without really losing much as far as the development of the season is concerned. This episode was an average monster-of-the-week episode with a small dash of development on the Sam and Dean relationship front. And when I say ‘small’ amount of development, I truly mean it.  They had a very short conversation that pretty much just reaffirmed everything that’d been said last week.  The only thing that struck me about it was the brief revisit to their difference of opinion on the human/monster dichotomy.  That’s to be expected at this point in the season, but I’m really looking forward to pulling out of these MOW episodes and getting back to the main plot.

In the beginning of the episode we see Dean with an empty bottle of alcohol next to him. It’s first thing in the morning and he’s been up all night drinking and researching.  Dean’s had an alcohol problem for many seasons and whenever we go a few episodes without showing it I have hope that he might be recovering. It’s just a part of who he is, it seems.  Given the extremely traumatic nature of his entire life, it makes sense that he’d resort to drinking as a way to cope. It’s unhealthy and I wish it weren’t the case, but it makes sense as far as characterization goes. It’s a sad and unfortunate fact that Dean uses alcohol to escape his pain.  He’s what I’d refer to as a ‘functional alcoholic.’  He doesn’t go on binges and become useless, but he certainly drinks far more than could possibly be healthy.  It’s self medication for his internal pain. 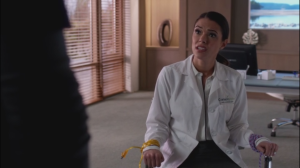 Moving beyond Dean’s emotional problems, this episode dealt with some other heavy hitting issues that occasionally pop up on the show.  Last week we saw Dean cope with the fine line between human and monster when Garth was turned into a werewolf. This week we saw him deal with the pishtacos, which also made him reflect at that very fuzzy line between the two. Maritza is ethical and only consumes fat from people without actually hurting them. Her brother Alonzo has no such ethics and has resorted to kill those he feeds from. It further drives home the point that monsters are like us in a way. There are good monsters and there are bad monsters.  There are those that try to control their urges like Maritza, Lenore, Benny, and Garth.  Then there are those who just let their urges take over.  It’s not a simple black and white issue. Once again Dean tries to pretend that it is that simple, but Sam seems to be more willing to look at it as a more complex issue.  Sam’s willingness to look at these issues more closely is one of the reasons why I love him so much.  He’s caring and thoughtful and tempers Dean’s often knee jerk reactions to things.

The tension between the brothers is continuing, unfortunately. I’m just as tired of it now as I was at the beginning of the season. It’s gotten worse since the Gadreel reveal and I’m really hoping that we can move past this plot quickly and get on to more interesting things. I want the brothers to make up and be a cohesive unit again, balancing each others personality types out so that they can hunt with optimum potential. I want the drama from the episodes to come from something other than the tension between them. If this show didn’t have a habit of killing off every secondary character we might have more options to choose from on that front. The only episode where the brothers were fighting that didn’t feel like emotional torture was when they each had another character to interact with. Dean had Crowley and Sam had Castiel. While I very much dislike the boys being separated, at least there were outside sources of conflict, drama, and even comic relief. That episode didn’t rely entirely on the brother’s fighting and that’s why it actually worked, even if the fundamental part of the plot was something I disliked. Now it’s just the two of them upset at each other again. Can we move past that please?  There are very few people that I know that actually enjoy the brothers fighting.  Almost everyone is sick of it. 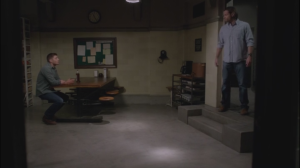 This episode had very little relevance to the overall plot. It was a basic monster of the week episode that further reiterated that Sam and Dean are having problems. The problems weren’t resolved. The main conflict of the season wasn’t addressed. Nothing has changed. The episode wasn’t terrible, but it wasn’t very exciting either.  It’s one that I’d most likely skip on a rewatch of the season.  In fact, you could probably skip this episode on your first watch and not even notice.