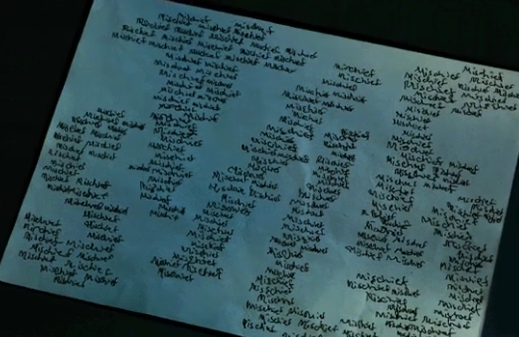 This week’s episode of Teen Wolf titled “Superposition” didn’t waste time progressing the main plot. We also got some callbacks to the very first season and a few interesting character interactions.

Over the years Teen Wolf has tried to bite off more than it can chew. The show started out as a story about a teenager turning into a werewolf and dealing with high school, the Hales, and the Argents. However, by season 3 it became a “mess” for a lack of a better word, and continued to expand its mythology and villains. It could’ve worked if not for the show’s inability to handle even a couple of characters correctly, let alone Kitsunes, murderous banshees, steam-punk inspired doctors, and more!

Teen Wolf has turned into a show that focuses more on surface value and being cool rather than providing depth to the story. Season 6 follows the same route. Not only do we have a group of Ghost Riders that can erase people from memory we also have a Nazi werewolf to deal with.

“Superposition” revealed a bit more about what happens after a person is erased from memory. Scott, Lydia, and Malia started to sense that someone was missing from their lives. The writers showed just how much Stiles meant to them and the fact that he was the pack’s anchor. With Malia reverting back to her coyote-like state I wonder how Derek’s doing. Also, how long will it take for Scott and Lydia to remember Peter?

One of the arcs this season deals with Scott making sure that Liam, his beta, can handle protecting Beacon Hills when he goes off to college. Scott hasn’t been the best of alphas, which says a lot considering he is supposed to be the “True Alpha”, so I’m not sure Liam’s going to be able to protect anyone under his tutelage. Scott choosing Hayden to be the protector of Beacon Hills would make more sense. But then again, it’s Teen Wolf so things that make sense aren’t likely to happen.

An interesting thing to see in “Superposition” was the evolution of Corey’s powers. Not only is he able to turn invisible (don’t tell me it’s camouflage because camouflage doesn’t work like that), he is also able to turn other people invisible too. Furthermore, he’s able to see the Ghost Riders while he’s in his invisible mode. Either his powers are truly evolving or they will continue to change to meet all and any necessary plot developments. He might even grow wings!

“Superposition” also told us about a weakness the Ghost Riders have. Those poor ancient beings aren’t able to erase data from hard drives. Go figure!

Anyway, what did you think of Teen Wolf this week? Did you enjoy “Superposition”? Let us know.

Previous:NETIZENS Documentary to Explore Online Harassment Towards Women
Next: Fun Bonus Content and All The Nygmobblepot Hints in “Gotham: The Complete Season 2” Blu-ray/DVD