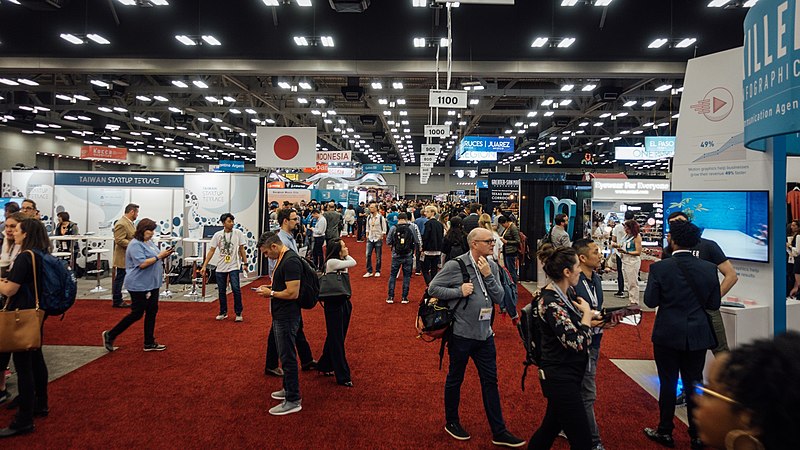 As soon as I published my update yesterday on Coronavirus convention news, both ECCC and SXSW had a ton of cancellations. I can’t keep up with all the news, but I’m going to try.

I know it seems like all I ever write about now is Coronavirus convention news, but there’s so much going on I can’t step away for a second without updates popping up. Today’s biggest updates (or rather, yesterday’s biggest updates within minutes after my piece was published) primarily focus on SXSW and ECCC, but we’ve got some news from the London Book Fair, too.

Let’s start with SXSW, which is scheduled to take place in Austin, Texas starting March 13th. This con has been getting smacked particularly hard with cancellations in the past 24 hours and I wouldn’t at all be surprised to see it get cancelled altogether quite soon. The event draws hundreds of thousands of people, many of whom come from outside the city.

While Austin (as of this writing) doesn’t have any confirmed cases, it could still be a high-risk event, companies aren’t taking any chances.

Mashable has cancelled their Mashable House and MashBash:

Due to concerns regarding the coronavirus, we’ve decided to cancel the Mashable House and MashBash at SXSW. This was a really tough call, but safety is our top priority.

Panasonic has cancelled their exhibit:

Panasonic Corporation will have a booth at SXSW (South by Southwest) 2020, which will be held in Austin, Texas, USA, from March 15 (Sun) to March 18 (Wed). However, due to the growing influence of the new coronavirus, we decided to cancel the exhibit taking into account the safety of visitors, business partners, and explainers did.

We apologize for any inconvenience to those involved, but we ask for your understanding.

TikTok has also pulled out of the event. Per a statement to RollingStone:

TikTok has decided not to participate in SXSW this year. While we think the risk is relatively low, we are erring on the side of caution as we prioritize safety for our team, creators, partners, artists, and brands. We are looking at a variety of alternative ways to bring parts of the previously scheduled experience to audiences in creative new forms.

Intel is also out:

Intel’s out of SXSW: “After careful consideration, we have withdrawn from on-site activities at this year’s SXSW. We are grateful to SXSW for their understanding and look forward to attending and supporting future events.”

And lastly (for now, though I’m sure this will change after hitting publish), VEVO is also out:

After careful consideration of all knowns and unknowns regarding Coronavirus (COVID-19), Vevo has decided to cancel its annual SXSW event this year.

We’d like to thank our partners for their continued support and understanding.

We hope to see you next year.

I have no doubt that as soon as this piece gets published, there will be even more to add to the list. I apologize in advance! The news is too fast these days and these pieces will fall behind rapidly.

Right now the organizers for SXSW are firm with their commitment to continue with the show despite the public health crisis, but I fully expect that to change. Texas is one of the most vulnerable states at the moment as San Antonio was one of the selected locations for Wuhan and Diamond Princess US citizens undergoing quarantine. And, due to some lax CDC rules, a Wuhan evacuee was released from quarantine too early, potentially causing community spread.

Now jumping on over to the Pacific Northwest, where things are escalating extremely rapidly, we have ECCC (Emerald City Comic Con). Washington state has been particularly hard hit during the outbreak, with nine deaths as of this writing (all of the deaths in the United States at this time), and 28 confirmed cases overall.

In addition to Penguin Random House, Dark Horse, and various creators pulling out of the con, we now have the following cancellations:

BTW it was difficult to cancel #ECCC because that is money gone and none earned back. I sure as hell understand everyone who is still tabling. So to be clear, I’m not throwing shade at anyone attending – even now I’m questioning my decision cause… pic.twitter.com/UrTIGCwJaW

.@dccomics has pulled out of #ECCC and other March 2020 conventions due to #coronavirus concerns – https://t.co/m3SktqfbAk pic.twitter.com/yKTXWMMMvE

Many vendors are pulling together to support each other in the aftermath of the cancellations as this con is often a major financial event for many smaller companies and independent artists. The strain of cancelling this event could be devastating and they are working hard to make up for the loss.

Hey #ECCC vendor buddies–if you end up not being able to attend, let me know (along with a link to your shop). I’ll put a list together on https://t.co/GTGVK1cUqR and update both my personal and @GeekyHostess social handles with your shop links during the show.

We first reported about the London Book Fair on Monday when many publishers and exhibitors pulled out. Now they seem to be forced to shut down the event entirely due to government regulation, just like they did with the Paris Book Fair.

Per a statement in The Guardian:

We have been following UK government guidelines and working with the rolling advice from the public health authorities and other organisations, and so it is with reluctance that we have taken the decision not to go ahead with this year’s event.

So we are seeing a pattern emerging with Reed Exhibitions. First, exhibitors and guests start to pull out, but Reed keeps going.  Then the government steps in and forces them to close shop. It’ll be interesting to see if the same thing happens to ECCC.

Meanwhile, independent events seem to be making decisions on their own completely independently of government intervention. Facebook cancelled F8 pro-actively and the Game Developers Conference cancelled after a large number of vendors pulled out. SXSW continues to cling onto life despite everyone jumping ship, but that will likely soon change (I’ve got a gut feeling, here).

We are keeping track of all convention and theme park Coronavirus impacts over on our masterpost. Bookmark it and check back for updates.