It’s a day that ends with Y, so we obviously have more Coronavirus convention disruption news.  This time we’re discussing the London Book Fair and SXSW, among others.

Much like the Game Developers Conference that we first started discussing about a week ago, the convention disruption for the London Book Fair comes in the form of major exhibitors and creators pulling out of the convention. However, while the Game Developers Conference was eventually cancelled, the London Book Fair is going forward as scheduled for the time being.

Simon and Schuster was the first to announce a pull out from the convention on Saturday:

After much consideration, and out of concern for the health and safety of our employees, Simon & Schuster has decided it will not be attending the London Book Fair. […] Those staff who were scheduled to attend are looking at alternate means to conduct meetings with their contacts in the international publishing community, as they already do on a year-round basis.

Two major non-publishing exhibitors, Ingram Content and OverDrive, also announced their pull out on Saturday. Many US literary agents are also choosing to skip the event.

Meanwhile back on the publishers side of the book fair, MacMillan has also pulled out and Penguin Random House has withdrawn their “rights” staff from the con.  For Penguin Random House, it seems like they may still have some sort of presence at the event, but it’ll be significantly lessened.   Harper Collins (US & International) joined the growing list of groups skipping the book fair as of yesterday and Hachette Book Group US and Amazon followed suit this morning.

The London Book Fair is scheduled to take place March 12-15th.  It is part of Reed Exhibitions, which has been firm with their commitment to continue putting on their shows around the globe.  C2E2 happened over the weekend with extra precautions in place, and Emerald City Comic Con is scheduled for March 14th-17th with minimal disruptions.

There are currently 39 confirmed Coronavirus cases so far in the United Kingdom with at least one death attributed to the Diamond Princess quarantine.  Numbers have been quick to change with this outbreak, however, so use this tool to keep track with the most up to date information.

Speaking of Emerald City Comic Con, that particular Reed Exhibitions event is still scheduled to go forward despite the fact that Washington has had two deaths (the first in the nation) and thirteen confirmed cases in the state.  If any event is going to be the next to get cancelled, this seems to be the most likely, but Reed Exhibitions has been incredibly committed to their events.  No Reed Exhibition events have been cancelled at this time, though that could change at any moment.

The Geekiary has plans to attend Emerald City Comic Con, and this is unlikely to change unless the convention officially closes its doors. We will update you every step of the way for this one, so keep an eye out for news.  Our reporter will be taking precautions to keep her safe while she attends the show.

Meanwhile in Texas, SXSW is facing mounting pressure to cancel their event entirely.  Over 20,000 fans have signed a petition urging the convention planners to cancel the con, though at this time the event is scheduled to continue.

Twitter, however, has pulled out of the event, causing the first fairly notable convention disruption, so we’ll see if that moves the needle at all in any official capacity.  A few others had pulled out previously, but SXSW stated that this was a normal amount of convention cancellations on par with previous years.

All of the confirmed cases of the Coronavirus in Texas have been linked to evacuees of either Wuhan or the Diamond Princess cruise ship.  However, San Antonio has declared a health emergency after a Wuhan evacuee had been released prior to a test result that declared them ‘weakly positive’ with the virus.  The person had had two negative tests prior to release.

SXSW, like Reed Exhibitions, is sticking to their guns on putting on the show.  They have an extensive statement about the situation.

Updated March 1, 2020. Regarding the current Coronavirus (COVID-19) outbreak: SXSW is working closely on a daily basis with local, state, and federal agencies to plan for a safe event. As a result of this dialogue and the recommendations of Austin Public Health, the 2020 event is proceeding with safety as a top priority.

There is a lot about COVID-19 that is still unknown, but what we do know is that personal hygiene is of critical importance. We hope that people follow the science, implement the recommendations of public health agencies, and continue to participate in the activities that make our world connected.

There are no confirmed cases in Austin at this time.  But this is one of the more popular events in the country, pulling in tens of thousands of people from various industries from around the world for the three week festival.  Even if Austin is currently Coronavirus-free, it’s possible an event of this scale could bring it to the city.  Things have also been changing rapidly, so the city itself could have reported cases before the event begins in a couple weeks.

Pivoting back to the cancelled Game Developers Conference, MeetToMatch and Indie Game Business Conference have issued a press release to give attendees who planned on attending the event a chance to make the most of their situation.

MeetToMatch and Indie Game Business have announced today that their events are merging in response to the official cancellation of GDC 2020 after increased fears of the Coronavirus (CoVID19). The merger will allow MeetToMatch ticket holders who are still planning to travel to San Francisco in March the chance to hold meetings in person and online. This will also give those who are no longer attending GDC to hold business networking online remotely with video conferencing in the biggest online networking event with over 700 publishers, investors and developers.

MeetToMatch will still be holding the on-site event in San Francisco between March 18 and 20, whereas the online platform will be open from March 16-20. “We are looking forward to meeting everyone that is still present in San Francisco on March 16-20, 2020.” Said Fedor van Herpen, Co-Founder of MeetToMatch. “We will continue to provide our clients with a great meeting place to talk business. As shared in our earlier update on the Coronavirus, the health and safety of our users, partners and staff is our paramount and first concern as we consider the decisions around the MeetToMatch meeting location. MeetToMatch will follow the guidelines from the WHO and other leading health authorities, and we are confident that by following their advice, we are acting in the interests of all games professionals that are making use of our platform for setting up meetings.”

The Indie Game Business conference will now run on alongside MeetToMatch and has lowered ticket prices 50% using code “INDIEDEVS” at checkout, in an effort to help those who have taken a financial hit on GDC travel and accommodation bookings. The IGB will allow people from all over the world and those at the MeetToMatch location in San Francisco video conferencing and matchmaking options allowing developers, publishers, and service providers to connect with each other throughout the week.

We’ve begun keeping track of all theme park and convention disruptions over on our Coronavirus masterpost.  To keep track of all upcoming geek focused conventions that have had possible impacts, bookmark that page and check back frequently.  We will update it with this article’s new information shortly. 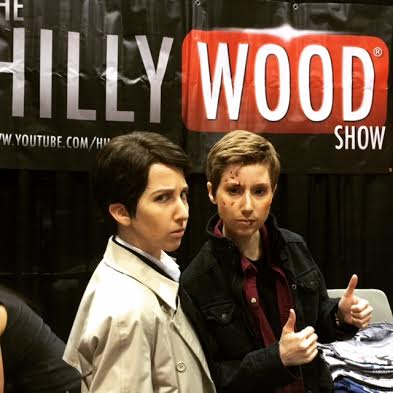