Everyone Has a Secret in “Tell Me No Lies” 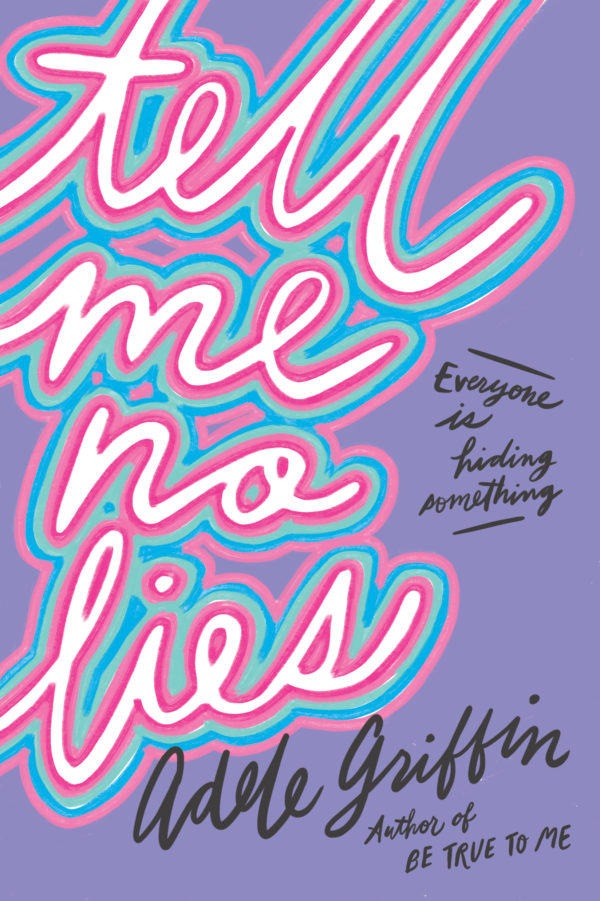 Adele Griffin’s Tell Me No Lies is an honest look at the lengths people will go to (especially in high school) to find a place where they feel like they belong.

I sympathize with Lizzy, the protagonist of Tell Me No Lies, as I used to be her when I was a teenager (minus the epilepsy…and the boyfriend). Lizzy has lived much of her life in fear of a disease she doesn’t really understand and absolutely refuses to talk about (or even call it by its name), and it has shaped all of her decisions up to the beginning of the story. But then new girl Claire comes into Lizzy’s life and turns her whole life on its head.

Throughout the entire book, Lizzy wants to be Claire’s friend, and for much of the story, it’s difficult to understand why. Claire comes off as dismissive, sometimes outright rude, and seems to be completely taking advantage of Lizzy’s good nature. In Lizzy’s quest to be liked, she ends up taking something personal from Claire – letters from her ex-boyfriend – in order to understand her better, and unsurprisingly, it is this action that is the catalyst for most of the plot.

You see, Tell Me No Lies is a book where a lot happens, and yet nothing happens. It’s the story of a school year where the climax isn’t really that climactic, and things happen because things have to happen. This book gives you a lot to process – there’s an AIDS scare, a suicide, money issues, friends fighting, epileptic seizures, romance, sexuality crises, and an unhealthy “relationship” (that will piss you off). There’s so much going on that it’s almost like the book can’t focus on any one thing enough, and though I did enjoy the story, a lot of this was dealt with very matter-of-factly, which felt kind of off.

Griffin does a masterful job of describing what it’s like to mourn a life you haven’t lived, and she also manages to weave a tale that surprises you halfway through. There are a lot of things I was surprised by in this book – although maybe I’m just getting bad at picking up on clues. While I enjoyed the story, it was difficult for me to connect with any of the characters for much of the book. I didn’t like Claire at the beginning for various reasons – and, to be honest, a lot of times I wasn’t fond of Lizzy, either – but eventually the characters actually have a discussion and amazingly, that fixes their issues. I enjoyed the second half much more than the first for that very reason. (Also, the first half reminded me too much of the pathetic attempts I resorted to in high school to seem cool to people who, ultimately, didn’t care about me.)

Would Tell Me No Lies have been better if Lizzy’s admiration of Claire turned out to be a crush? Perhaps. But, hey, it doesn’t explicitly say that she doesn’t have a crush on Claire, so read into it what you will. As it is, it’s a decent story about growing up, facing decisions, and trying to figure out who you are and where you fit – and also, the importance of being open and honest with the people you care about.

Tell Me No Lies by Adele Griffin is published by Algonquin Young Readers and is currently available wherever books are sold.