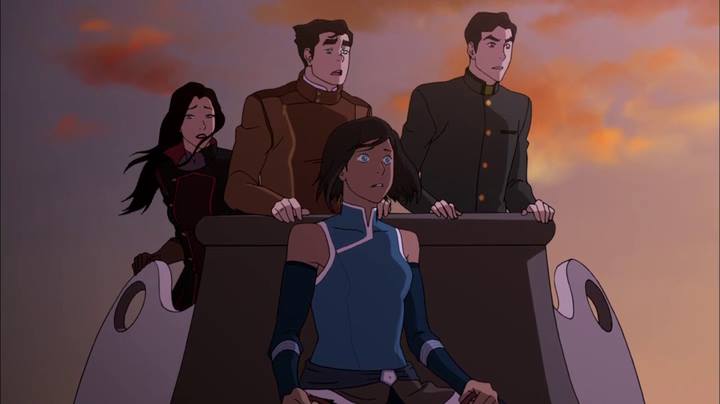 If there’s anything this week’s episode of The Legend of Korra Book 4: Balance has taught me is that Kuvira clearly needs to be defeated. I’m not talking about a defeat in which she’s sent to prison. No! She needs to be killed off immediately. There is no redeemable quality in her, especially not after the move she made at the end of this episode.

“Kuvira’s Gambit” has to be one of the best episodes from the whole book yet. Even though Team Korra tried to defend Republic City, Kuvira had the upper hand from the start. Bolin, Zhu Li, and the Beifong family returned to Republic City to warn everyone about The Great Uniter’s intention to attack in two weeks. It was good to see General Iroh come to the city’s aid with his army; however, Kuvira took them all by surprise by coming a week early.

I guess we all knew that the giant spirit weapon Kuvira was building posed a huge disadvantage when it came to transportation. I could’ve never imagined the writers doing what they did to overcome the problem. They gave Kuvira a huge Giant Mecha with the canon strapped onto its arm! Talk about scary!

I could feel myself worry about Team Korra the moment the Giant Mecha came on screen. How could they possibly begin to defeat that? President Raiko surrendering the city over to Kuvira felt like the right move to make in such a situation.

I liked Korra’s quick thinking in the episode and how she got the idea to kidnap Baatar Jr. and make him explain how to stop the robot since he built it. Team Korra was able to kidnap him in under a minute and I was surprised that nothing went wrong for them during the mission. Though she tried to make him talk, Korra was unable to get anything out of him. Even Bataar Jr.’s 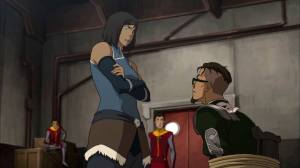 mother, Su, tried to talk some sense into him. I was half expecting Su to start beating his son up but sadly that didn’t happen.

Bataar Jr. clearly loves Kuvira and I hope that her blowing them all up with the spirit canon knocked some sense into him about how crazy she is. Do you think someone important will die because of Kuvira’s attack? And if so, will it be Mako, Bolin, Tenzin or a member of the Beifong family?

The episode also had a nice scene involving Zhu Li and Varrick. Zhu Li spilled her heart out in front of him, and Varrick, being the kind of emotionally awkward guy that he is, ruined the moment. I really want him to tell Zhu Li that he cares about her too. Prince Wu also had good character development this week but it felt kind of rushed. “Kuvira’s Gambit” was an episode filled with major plot twists and Team Korra experiencing hurdle after hurdle. I think Korra will survive the deadly blast but will let Kuivra think she died in order to take her by surprise.

What I can’t understand is how the heroes from The Last Airbender such as Katara, Toph, and Zuko can sit around doing nothing when they know a threat like Kuvira exists in the world. I don’t want them fighting in the front lines but seeing some sort of activity from them would’ve been nice.

Did you watch this week’s episode of The Legend of Korra Book 4: Balance? How did you feel when you saw the Giant Mecha? Do you think someone will die from the spirit canon blast? Let us know.

One thought on “The Legend of Korra 4×11 Review: Kuvira’s Gambit”