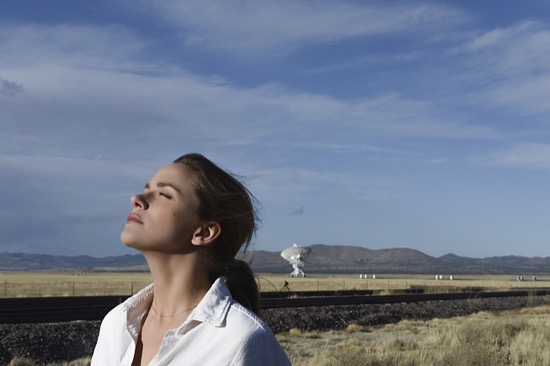 I am not one to normally seek out a story about angels versus demons, but one of my good friends and fellow TV watchers gave me the heads up for a new show, The Messengers, that premiered last night on the CW. I am always intrigued by a new show, so I wanted to give it a chance. I made sure that I was not spoiled–I didn’t even watch the trailers!–so that I could purely watch the pilot. Although I wasn’t immediately taken with”Awakening,” I am very intrigued and will continue to tune in.

The Messengers appreciates a slow burn. Although we immediately opened with some action and the basis of the entire story, the reveal of the characters and their motives were slowly shown to us throughout the episode. The first scene was a violent shooting of a seemingly harmless woman named Rose. Shortly after, we jumped seven years into the future. We were introduced to the main characters through short vignettes, and we learned just a snippet about each.

The main character of the show is Vera. She is some sort of space scientist. She is the first to discover the meteor that crashes into Earth. I am sure not coincidentally, the meteor hit at Trinity Site (this is apparently where the first nuclear bomb test occurred). As soon as the meteor hit, a sort of sonic boom/solar flare was triggered and killed five of the characters that we had just been introduced to. Luckily, they all came back to life!

This is where the story really be 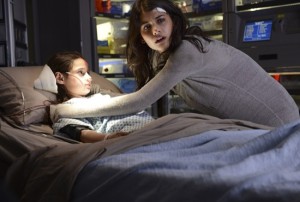 gan to grab me. After each one came back to life, we discovered that they had some sort of unearthly gift such as healing abilities, mind-reading, and superhuman strength. It wasn’t until we saw Erin, one of the characters who had just healed her daughter with tears, have literal angel wings in her reflection of a security camera that we realized indeed, one by one, all of these resurrected characters ended up with angel wings in their reflections.

The most mysterious character is simply known as The Man. He shows up onscreen at the site of the meteor crash. He is naked, has a serious accent, and like to sneak into people’s bedrooms. That is precisely where we find him interact with our first angel, Vera. We find out that Vera’s son was abducted, and Rose is apparently the one who took him. But can we trust The Man? He seems like a bad guy, and he clearly came from space. But he also seems to be on the same side as the angels. Is he just manipulating the angels? The Man tries to convince Vera that the angels need to finish the job that he started which is apparently to kill off Rose.

In the end, all of the angels converge on Houston, Texas. This is where Rose is in an apparent coma from the shooting from seven years ago that occurred at the beginning of “Awakening.” During the reveal of Rose’s coma, we are juxtaposed with a televised speech c 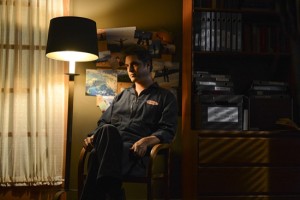 onducted by angel Joshua, a televangelist with a baby on the way, who warns the world that the devil is on Earth. We are seemingly meant to believe that The Man might be the devil, but I am in the court that Rose might be the devil. But since this is the pilot, who really knows?

All in all, I liked the episode. I don’t love it YET, but it has great potential for me to get there. I need to learn more about the characters and really get invested in them. The acting and writing seems pretty solid; it was a lot of story to fit into the pilot! I cannot wait to learn more about why these specific five individuals were chosen, and I am really looking forward to seeing them interact with their new-found angelic powers. I am also curious to see if the show takes on the typical Judeo-Christian sort of good versus evil, or if the story takes on its own tangent. I ended the episode feeling a bit lost, but creator Eoghan O’Donnell assured me on Twitter that many questions will be answered next week. I am very much looking forward to the endgame on this one, but definitely count me in for the ride!