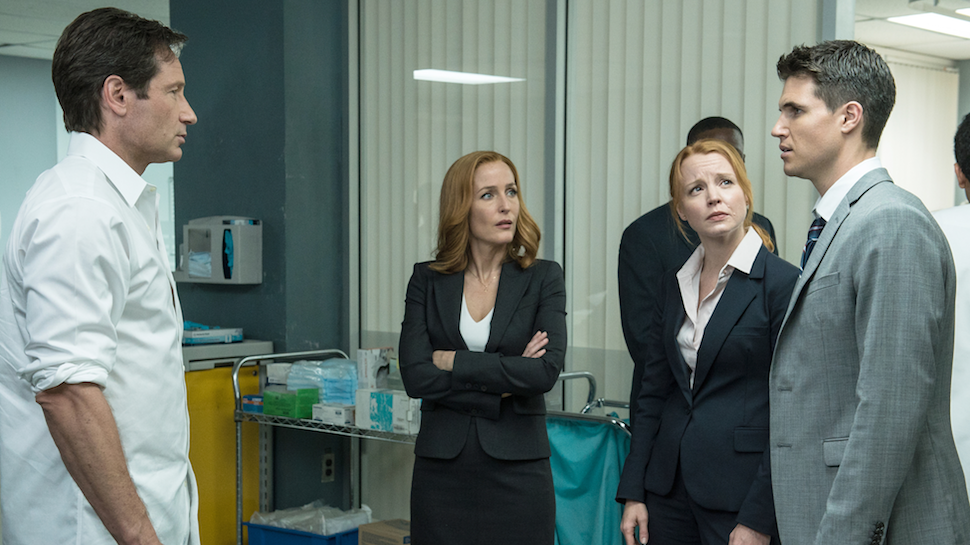 Okay, I take back some of what I said about last week’s X-Files episode, because this week’s “Babylon” was much, much worse.

I mean, right off the bat I can tell you that the whole “Mulder tripping on mushrooms” scene was by itself a bit too much for me, but I could have handled that nonsense better if “Babylon” had been decent overall. The problem is, it wasn’t. When the episode opened with a nice scene of a man praying to Allah and then eating a peanut butter sandwich and milk, I was mostly just waiting for him to become – or run into – another monster of the week a la “Mulder and Scully Meet the Were-Monster“.

Alas, that wasn’t the case. The young man, whose name was Shiraz, turned out to be exactly what the Texans in the truck clearly thought he was – a terrorist. Shiraz met up with a companion and they walked into an art gallery and blew it up, all because it was exhibiting what they deemed an offensive painting (and after hearing a description I have to agree that it sounded offensive, though obviously not an excuse to blow up the gallery and all of the innocent people inside it). 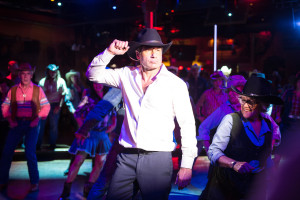 I’ll admit that right from the start I wasn’t fond of the idea of The X-Files taking on a terrorism story that felt like something that belonged in any one of several other TV shows…and then on top of that they didn’t take this very serious matter seriously at all. Or rather, in some ways they did, but by including it in “Babylon”, which also featured the aforementioned lengthy tripping scene as well as the weird situation with Mulder and Scully meeting their younger doppelgangers in Agents Miller and Einstein.

And speaking of Miller and Einstein, what was up with that? If they had featured in an episode that dealt with a topic that was less real-time than this one, I probably wouldn’t have been so put off by them. (Especially Einstein; why did she have to be so obnoxious? Yes, originally Scully didn’t believe much if anything of what Mulder told her, but she was never quite that rude about it. It felt like Carter was just writing a horribly harping woman, and for God’s sake he wrote Dana Scully, so we know he can be and do better than that!)

Part of me worries that the introduction of these new agents, so much closer to the original Mulder and Scully than John Doggett and Monica Reyes that I couldn’t perceive these new characters as anything more or less than a bad joke, means they will be the new Mulder and Scully if The X-Files continues with an 11th season. After all, we haven’t heard much about the future of the show beyond season ten, but I really really hope that this is just a silly concern brought to mind by the overall icky feeling I have regarding “Babylon”.

Anyway, there were a few small positive notes in this episode. I mean, as much as I was curling my lip at Mulder’s trippy scenes, I loved the little Lone Gunmen cameo. (I mean really, who wouldn’t?) I also really liked that Shiraz’s mother turned out to be a peaceful woman who loved her son, because she was proof of Scully’s comment that “Not all Muslims are extremists.” (A moment where I was like THANK YOU SCULLY THANK YOU, I might add.) And thankfully Carter also inserted some pretty awful Homeland Security officers and one really obnoxious nurse to balance out the whole terrorist story line – making it clear that even the “good guys” aren’t all that good – but in the end it just wasn’t enough to leave me with a positive impression of the episode as a whole. 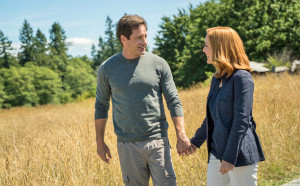 At least it ended with a sweet scene between Mulder and Scully. After all, it’s these two characters who held The X-Files together for so long, and at the very least I’ve enjoyed seeing the very natural progression of them coming back together in just these five episodes. That said, though, I’m more than ready for another mythology episode, and to see how season ten wraps up next week.