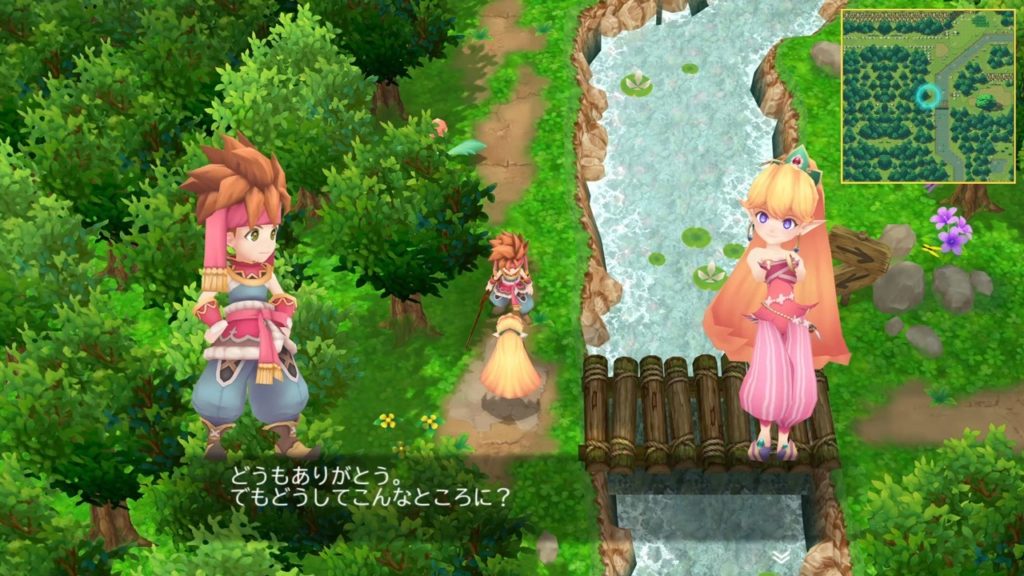 Square Enix is remaking its classic RPG Secret of Mana, which my sister and I used to play on the Super Nintendo my sister bought second hand with her Christmas money, and I am just now learning this, so you are all fired.

Secret of Mana was one of my favorite SNES games to play (by the time we got our system, the Nintendo-64 was out, so finding games was difficult), and I would spend hours of my summer vacation in front of the television. I am so excited for this remake that I am actually considering hoarding my spare change and saving up for a PlayStation 4. The nostalgia is strong with this one.

Judging by the screenshots that have been floating around the internet, the remake will be very faithful to the original game, with a few upgrades – like full 3D graphics and voices! Yes, the characters actually talk this time around, and the game features language options that allow players to experience Japanese voices/subtitles. (The main character is voiced by Kensho Ono, aka Kuroko from Kuroko’s Basketball, and I am dying.) The game also features a newly arranged soundtrack and local multiplayer. The PC and PS4 versions will feature three-player multiplayer, while the PS Vita version will support ad-hoc multiplayer.

The Square Enix team will be presenting the Secret of Mana remake – along with several other titles – at the Tokyo Game Show, which is being held this week. A small section of gameplay was previewed earlier this month at PAX West. Check it out!

Secret of Mana has a release date of February 15, 2018, in the United States, Europe, and Japan. Anyone who preorders the game in those three regions will receive DLC “moogle suit” costumes for Randi, Prim, and Popoi, a “tiger two-piece” costume for Primm, and a “tiger suit” costume for Randi and Popoi. A collector’s edition will be available for those who wish to purchase the physical copy of the game. The collector’s edition will include a pop-up storybook, a soundtrack with arranged music, and three character figures.

So, hey… Does anyone want to buy me a PlayStation 4?

EDIT: My sister has informed me that she bought her SNES new, thank you very much. Also it came with Tetris Attack.