Uplifting Shows For Days You Need A Little Extra Encouragement 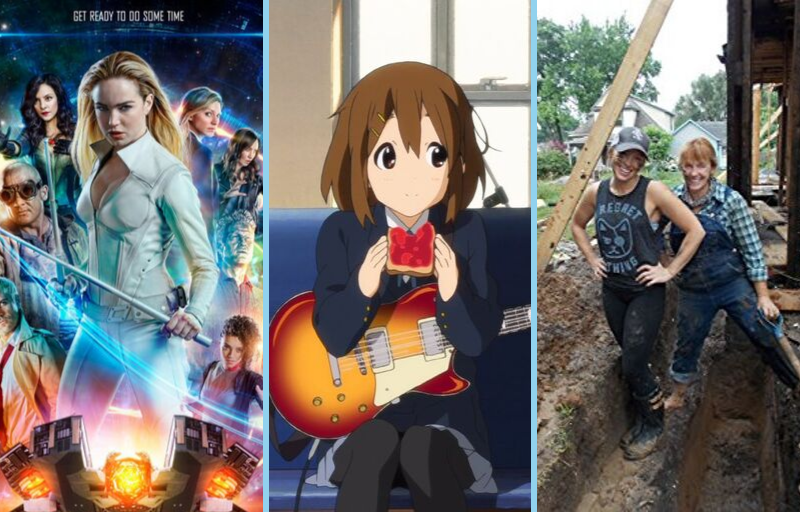 Today is the National Day of Encouragement, and we need a little morale boost now more than ever. It feels like the world is a bully lately – good guys never win, bad guys are constantly rewarded, there’s a gritty reboot of everything, and being kind and silly isn’t “cool” anymore. Don’t panic! Fandom is always here to show us a world where Truth and Good win the day and karma comes for everyone. Here are a few uplifting shows that will help recharge your batteries so you can face the real world in a better frame of mind.

If you need fluffy, uplifting shows where hard work is rewarded: K-On! 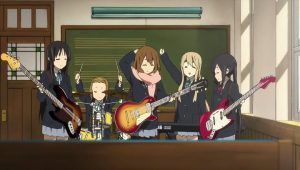 Yui has just entered high school, and she’s looking around for clubs. One catches her eye: the Light Music Club. She signs up even though she can’t play any instruments. When she goes to check it out, she realizes that there are only 3 club members: Mio, Tsumugi, and Ritsu. They’re all new to the Light Music Club as well. Everyone else has graduated, and the club will be disbanded for lack of participation if all four new members don’t stay and keep it alive. Of course they do, and Yui throws herself into learning the guitar.

This anime – it’s just so silly, you guys. It’s high school and music and low stakes that feel high. People make mistakes, but with the support and encouragement of their friends they fix things again. I could nitpick a few things – there is a weird storyline where one members trips on stage and her panties are shown – but other than that it’s basically straight fluff. You can feel good about watching this with kids around, too.

Plus, it’s from Kyoto Animation so you know it’s made with love and care.

If you want to watch cheerful optimism get people through intense situations: The Unbreakable Kimmy Schmidt. 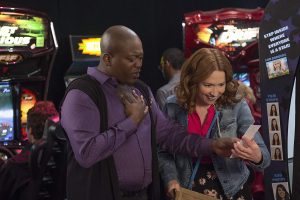 On the outside this seems like it should be an angsty drama. Kimmy spent 15 years in a Doomsday Cult bunker and is now out on her own in a world she doesn’t understand. There’s nothing angsty about this show, though. It’s pure pleasure, even (especially?) when things are going wrong for Kimmy.

If you haven’t watched yet and you’re wondering why it’s on all these lists of happy shows despite what sounds like a horror show premise, let me clue you in: Kimmy is an actual delight. She doesn’t dwell on the years she lost underground. She isn’t ignoring her trauma; rather, she made a conscious decision to live her life to its fullest and never take things for granted.

Kimmy’s attitude influences everyone around her, too. Watching her energy bring out the best (well, the better) in others makes me feel like one person can make an impact on the world.

If you need to see broken things made whole again: Good Bones. 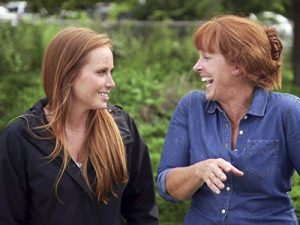 HGTV is like a warm, fluffy blanket in general, but there are some shows that have a mean edge to them (looking at you REAL HARD, Tarek and Christina). You don’t need that negativity in your life. Instead, turn on Good Bones and watch a mother-daughter team build houses in their home town of Indiana.

Karen is a dreamer who goes at every house with a sense of play. Mina (though way more down to earth) has to tone her mother’s plans down with her trademark sunny practicality. The show is full of light, loving banter with each other and Mina’s brother Tad (who’s head of their demo crew). Every episode, a house that looks beyond saving gets pulled down to studs and rebuilt into someone’s home. In a society where it feels like everything is disposable, it’s really soothing to watch how much care Mina and Karen put into restoring these places.

Better yet, they’re the real deal. Mina and Karen had already been working together for 7 years before a talent scout came courting.

If you want to watch people make a mess of everything, then fix it: DC’s Legends of Tomorrow. 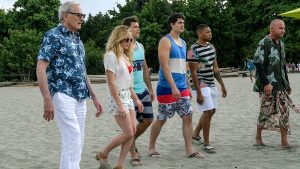 I know what you’re going to say. “You’re going Legends? There are way more uplifting shows in the Arrowverse!” Maybe this is an unpopular opinion, but when we’re talking sheer power of encouragement I would pick Legends over The Flash (much as I love that show) every time. Why? It comes down to persistence and growth.

The Legends are raging dumpster fires when you look at their personal lives. Even their professional lives aren’t great. Despite that, they manage to keep working towards the best future when the odds are stacked against them. They mess up a not insignificant number of times and push through. When they finally get things done it brings a real sense of second-hand accomplishment. After all, if these disaster magnets can save the world I can at least get out and do my shopping, right?

The Legends’ accomplishments aren’t hollow, either. Even when they make a bigger problem to solve a small one, characters get a lot of real, meaningful growth. That’s surprisingly rare in genre TV. Look at Arrow. Oliver causes unnecessary drama over and over by not being honest with his team, even though it comes back to bite him every time. That does happen early on in Legends, but as a general trend the characters learn enough to make new and interesting mistakes instead of relying on their Greatest Hits.

Side note: Legends of Tomorrow starts off a little rough, then grows into itself quickly. If you haven’t made it past the first season, start at Season 2 and go back for Season 1 once you love the show.

Schitt’s Creek: I only left Schitt’s Creek off because if I didn’t it would be the whole list. It has everything: entitled people getting taken down a peg, a supportive community, insane amounts of personal growth… really, everyone should watch this show.

Show By Rock!!: It’s an anime about a girl who gets sucked through a game and winds up in a world where music is a literal weapon against the darkness. That’s like a recipe for a low-stress bingeable show.

Nailed It!: Sometimes it’s hard to make yourself make art because you’re scared of failing. Nailed it! is all about cheerfully trying things waaaay out of your comfort zone and owning whatever happens. Watch it if you need to dig out of a rut.

What do you think of our list? Are there better uplifting shows you want to share? Add your favorites in the comments!

Previous:“The Toys That Made Us” Collector’s Edition Coming to Blu-ray
Next: Given 1×10 Review: “Wonderwall”