Boruto: Naruto Next Generations Manga Issue 21 Review – How You Use It 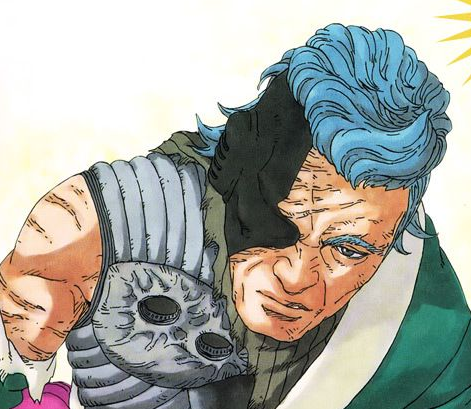 Ao in Boruto Manga Chapter 21 ‘How You Use It’

While Boruto: Naruto Next Generations Manga Issue 21 ‘How You Use It’ didn’t progress the plot, it did offer a cool-looking fighting sequence. So, I guess I can’t be too disappointed.

The Boruto: Naruto Next Generations manga series has been feeling like a drag to me. We have to wait an entire month for a new issue, and even 21 chapters in, Mikio Ikemoto (the mangaka) and Ukyou Kodachi (scriptwriter) seem determined to move the story at the slowest pace possible. We still have no idea who or what the mysterious vessel is, and I think I’ll just go “meh!” once the mystery is finally solved.

‘How You Use It’ picked up right from the previous issue. It showed Team 7 and Konohamaru coming up with a plan to take down Ao. While I do have issues with the pacing, I really liked the battle strategy and how it was executed. Even Katasuke was able to provide some useful information which Boruto was able to use against Ao.

While reading the manga, I noticed the same thing I always do. Ikemoto has a habit of wasting panels. I don’t know if that’s his actual style or if he’s just wasting pages to slow down the pacing even more. A lot of the scenes could’ve been easily shown in a few panels instead of spreading them out.

The fight sequence was enjoyable, with Team 7 and Konohamaru working together. However, the fact that Ao’s ninjutsu-absorbing device didn’t break even after being hit by Salad’s punch and Boruto’s Rasengan didn’t look right to me. Either that device’s durability is off the charts, or our young heroes have grown weaker for some reason. The reason could even be ‘because-the-plot-demanded-it’ at this point.

Anyway, did you read Boruto: Naruto Next Generations Manga Issue 21 ‘How You Use It’? Why isn’t Kashin Koji doing anything? Is Ao under some kind of genjutsu? Let us know.

Previous:Star Wars Rebels 4×12 & 4×13 Review: Wolves and a Door & A World Between Worlds
Next: Don’t Starve Mega Pack Coming To PS4 and XBox One This April