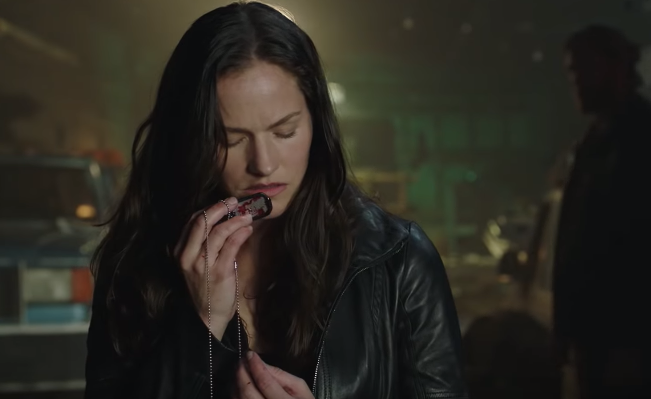 Fans of the Van Helsing series on Syfy got a bloody treat during San Diego Comic-Con 2018. The trailer for Van Helsing season 3 premiered and of course, it was full of action, vampires, gore, a baby, and more!

For those of you who aren’t familiar with the show, Van Helsing focuses on Vanessa Van Helsing, a descendant of Abraham Van Helsing. The series takes place in a post-apocalyptic world with a lot of evil vampires who took over during ‘The Rising’.

Also, Vanessa’s blood is special because it allows her to turn vampires human. The series premiered on July 31, 2016.

The Van Helsing family continues to play an important role in stories about vampires and other paranormal beings. The show does an interesting job of introducing the family to present times with a likeable and badass female lead. It also puts forward a somewhat different take on vampire mythology. If you are into such shows, you should definitely consider checking out this series.

The 13-episode Van Helsing season 3 is set to return this fall on Syfy.

Are you a fan of Van Helsing? What do you think of the trailer for the show’s third season? Let us know.