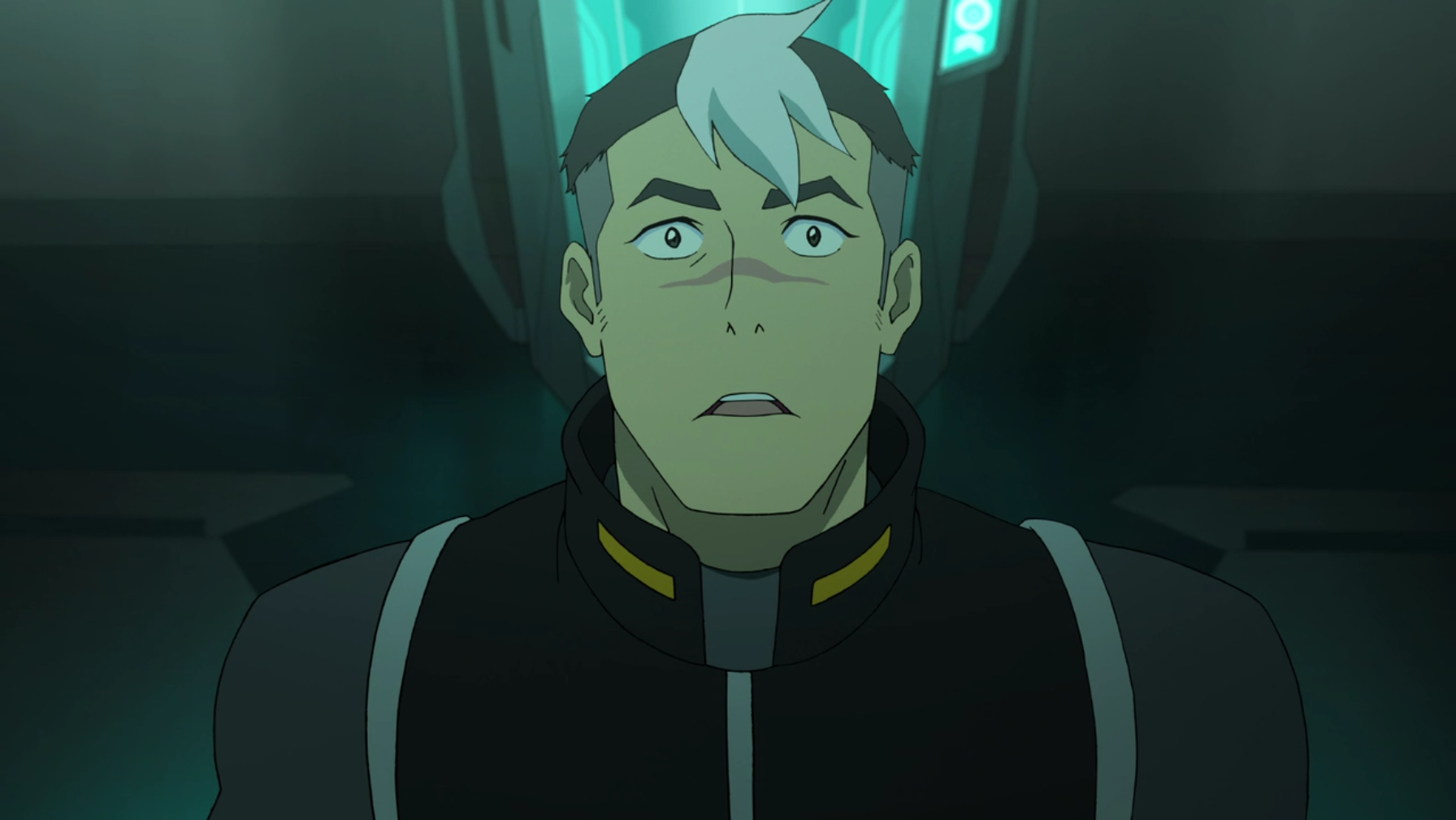 It’s day 2 of San Diego Comic-Con, and the big news to come out of today – if you’re a fan of Voltron: Legendary Defender or just a fan of queer representation – is that main character Takashi Shirogane was in a relationship with a man prior to the start of the series. Executive producers Lauren Montgomery and Joaquim Dos Santos were hesitant to assign a label to his sexuality, but fans are just thrilled that the promised LGBTQ+ representation has finally arrived.

If you follow us on Twitter, you’ll know I was live-tweeting the Voltron panel. The reveal came during the screening of the premiere of season 7 – which drops on Netflix August 10 – when a flashback showed Shiro with his boyfriend, Adam. The room went crazy. After the episode was over, I struggled with what to reveal on Twitter, since I was committed to giving only spoiler-free reactions. But then the official Voltron account tweeted about it, so all bets were off. “Shiro” was even trending on Twitter.

This is a big deal, of course; Voltron is a very popular cartoon put out by a major studio, and Shiro is a disabled Asian man dealing with PTSD – a hero, a soldier – who has now been revealed to be queer. Fans have been aching for LGBTQ+ rep on the show, and they delivered in a big way. 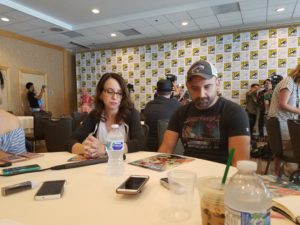 Montgomery and Dos Santos talked a bit about the decision in the press room, but they were adamant that this had always been the plan. In fact, some of the flashbacks that you will see in 7×01 were meant to air in “Across the Universe”, the season 2 premiere. This has always been a part of Shiro, and now the audience finally knows about it.

That wasn’t the only news out of the Voltron panel, though that was the biggest news for me – as a Shiro fan and someone in the LGBTQ+ community. It was also revealed that season 7 will be 13 episodes, as will season 8. Season 8 will drop sometime before the end of the year, and it was confirmed that it will be the last season. So we have 26 more episodes of Voltron. Montgomery said that they wanted to go out on the highest note possible; they didn’t want to go on for too many seasons. While I’ll be sad to see Voltron go, I’m glad that we’re getting a complete, coherent story arc. I’m excited to see what’s in store for the characters in the remaining episodes.

It was also announced that DreamWorks and Nerdist have teamed up for an official Voltron after-episodes podcast, which will feature special guests and live episode commentary! The first episode of “Form Podcast” features Montgomery and Dos Santos and is available now on iTunes.

A big thing about season 7 is that it’s not so much about fighting a villain as it is the journey back to Earth. Without the Castle of Lions, the journey is going to be long, and things will happen along the way. They are basically, as it was put at the panel, in a bunch of winnebagos. They will return to Earth in season 7, though they will find that things have changed since they left.

In addition to Montgomery and Dos Santos, story editor Josh Hamilton, as well as voice actors Rhys Darby (Coran), Jeremy Shada (Lance), and Bex Taylor-Klaus (Pidge) were on hand to talk about what we can expect to see when the Paladins return.

Check out our interviews!

Voltron returns with season 7 on August 10 on Netflix!