New Fall Manga Titles from VIZ Media Include The Way of the Househusband, Cats of the Louvre, and More 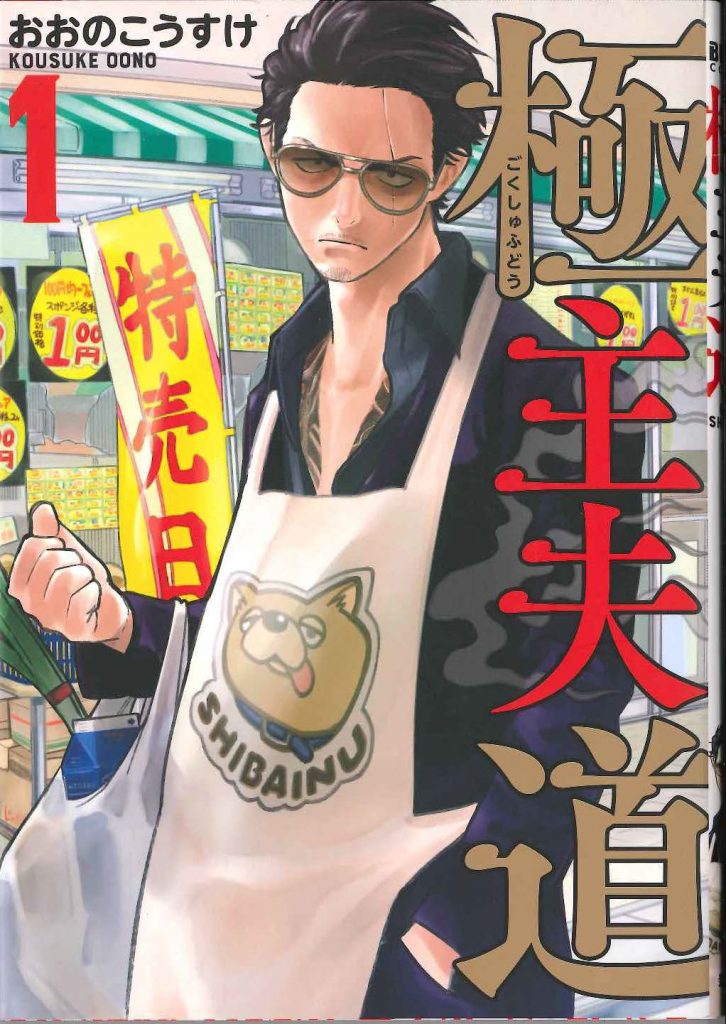 VIZ Media today announced new publishing acquisitions slated for release this fall. The VIZ Media fall manga lineup features sci-fi battles, an action comedy about a retired yakuza turned law-abiding, a soldier with a cyborg body, a family of cats who witness a secret world inside a famous art museum, and more.

The titles joining the Signature imprint for the VIZ Media fall manga lineup include:

CATS OF THE LOUVRE

A surreal tale of the secret world of the cats of the Louvre by Eisner-Award winning creator Taiyo Matsumoto.

The world-renowned Louvre museum in Paris contains more than just the most famous works of art in history. At night, within the darkened galleries, an unseen and surreal world comes alive – a world only witnessed by the small family of cats that live in the attic. Until now…

Plagued by a maddening anxiety, the terrible disconnect between his own concept of happiness and the joy of the rest of the world, Yozo Oba plays the clown in his dissolute life, holding up a mask for those around him as he spirals ever downward, locked arm-in-arm with death.

Osamu Dazai’s immortal—and supposedly autobiographical—work of Japanese literature, is perfectly adapted here into a manga by Junji Ito. The imagery wrenches open the text of the novel one line at a time to sublimate Yozo’s mental landscape into something even more delicate and grotesque. This is the ultimate in art by Ito, proof that nothing can surpass the terror of the human psyche.

It’s the 19th Century and the world has entered the Era of Rebirth, recovering from the devastating flames of war. The sport of Mechanical Martial Arts has galvanized many nations. Cybernetically augmented fighters turn their blood into steam and their bodies into brutal fighting—and killing—machines. Young Levius is one of those arena battlers, hellbent on winning so he can simply survive.

In this ongoing series that picks up where LEVIUS ended, things look bleak in the aftermath of the Mechanical Arts arena battle. A new arrival inspires a sense of hope – but she might also signal the end of everything!

THE WAY OF THE HOUSEHUSBAND

After the war, cyborg soldiers known as the Extended were discharged. Juzo Inui is one of them, a man whose body was transformed, his head replaced with a giant gun! With no memory of his previous life—or who replaced his head and why—Inui now scratches out a living in the dark streets of the city as a Resolver, taking on cases involving the Extended.

The complete box set collection includes all 21 volumes of ASSASSINATION CLASSROOM along with a premium two-sided color poster and a 32-page full-color mini artbook.

Ever caught yourself screaming, “I could just kill that teacher”? What would it take to justify such antisocial behavior and weeks of detention? Especially if he’s the best teacher you’ve ever had? How about blowing up the moon and threatening to do the same to Mother Earth—unless you take him out first?! Plus a reward of a cool 100 million from the Ministry of Defense!

What do you think of these titles? Anything you may be interested in picking up? Let us know!