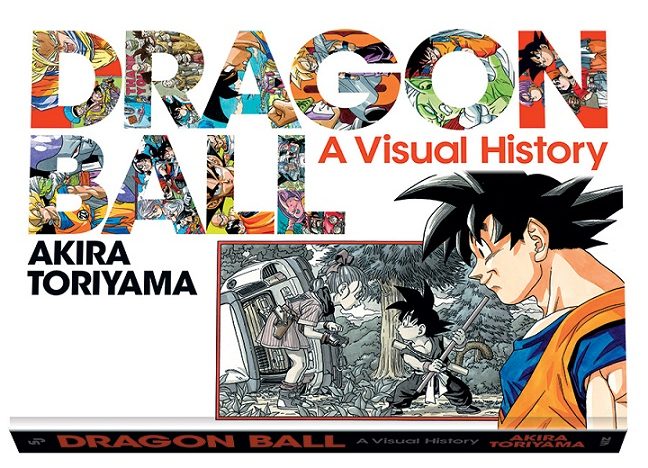 Heads up, Castlevania and Sailor Moon fans! Both titles are among the list of upcoming VIZ Media November releases! Pretty soon you’ll be able to own even more of your favorite series on home video, as well as art books for iconic series Dragon Ball and Transformers.

VIZ Media announces the anticipated home media release of Season 2 of the hit Netflix Original Anime Series Castlevania. All 8 episodes of Season 2 will be available on Blu-ray and DVD and conclude Trevor Belmont’s battle with Dracula.

The finale of Sailor Moon also arrives with the home media release of Sailor Moon Sailor Stars Part 2 Available for the first time ever in the U.S., catch the final, climactic 17 episodes of the series as a Blu-ray/DVD Combo Pack or as a Standard Edition DVD set.

Two new manga series also launch in print and digital editions this month. A Tropical Fish Yearns for Snow is a tender, coming-of-age tale of a pair of high school girls who discover something special with each other in a small seaside town. Levius/EST is the sequel to Levius, the acclaimed sci-fi cyberpunk battle manga, and restarts Levius’s tale. 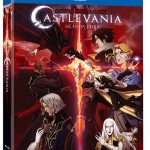 Trevor Belmont, last survivor of his house, is no longer alone, and he and his misfit comrades, Sypha Belnades and Alucard race to find a way to save humanity from extinction at the hands of the grief-maddened Dracula and his sinister vampire war council. 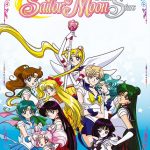 Although the popularity of the Idol group Three Lights is off the charts, Usagi hasn’t realized that Seiya, Yaten and Taiki are the Sailor Star Lights. But with the number of Phage growing in the city, the purpose of star seeds is the biggest mystery that needs to be solved. Could the mysterious Chibi-Chibi hold the answer? The tide is turning, but not in Usagi’s favor. Her allies are being overpowered, and altered timelines are confusing the fate she knows to be true: Mamoru is her true love, Neo Crystal Tokyo is her future kingdom and her fellow Guardians will be her eternal protectors…right? The ultimate battle with the chaotic Sailor Galaxia lies ahead, and the fate of all existence lies in the balance. 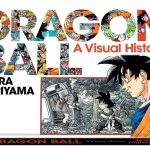 A comprehensive art book showcasing manga art, additional promotional material, creator commentary and notes/sketches/posters, from throughout the history of the original DRAGON BALL series, all featured in a beautifully slipcased hardcover book with a dust jacket.

One of the world’s most popular franchises, Transformers has been delighting fans since 1984. Now, in this deluxe hardcover celebration, Hasbro reveals behind-the-scenes production sketches, beautifully polished final art, and everything in-between. From the obscure to the iconic, this book features packaging artwork, animation models, video game designs, comic pages, and, for the first time ever, production artwork from all six Paramount live-action films! Lovingly curated by Transformers expert Jim Sorenson, this is the most comprehensive collection of Transformers imagery ever assembled.

The deluxe limited edition comes packaged in a beautiful collector’s box with an exclusive variant cover design and five gorgeous and frame-ready prints showcasing art from across the franchise! 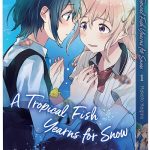 When her dad gets a job overseas, Konatsu Amano has to leave the Tokyo life she’s always known and relocate to a small seaside town to stay with her aunt. The move also means starting a new school surrounded by complete strangers, and it’s a lot to handle for a girl who has trouble with change. But on her first day in her new town, Konatsu is instantly drawn to Koyuki, an older girl who is the sole member of the Aquarium Club. Konatsu’s introverted tendencies are hard for her to overcome, but maybe she’s found something worth coming out of her shell for?

It’s the 19th century, and the world has entered the Era of Rebirth, recovering from the devastating flames of war. The sport of Mechanical Martial Arts has galvanized the nations. Cybernetically augmented fighters turn their blood into steam and their bodies into brutal fighting—and killing—machines. Young Levius is one of those arena battlers, hell-bent on winning in order to simply survive.

LEVIUS/EST is the ongoing sequel series to LEVIUS, which is also published by VIZ Media and available now. (In case you missed it, the Levius anime will be premiering on Netflix on November 28.)