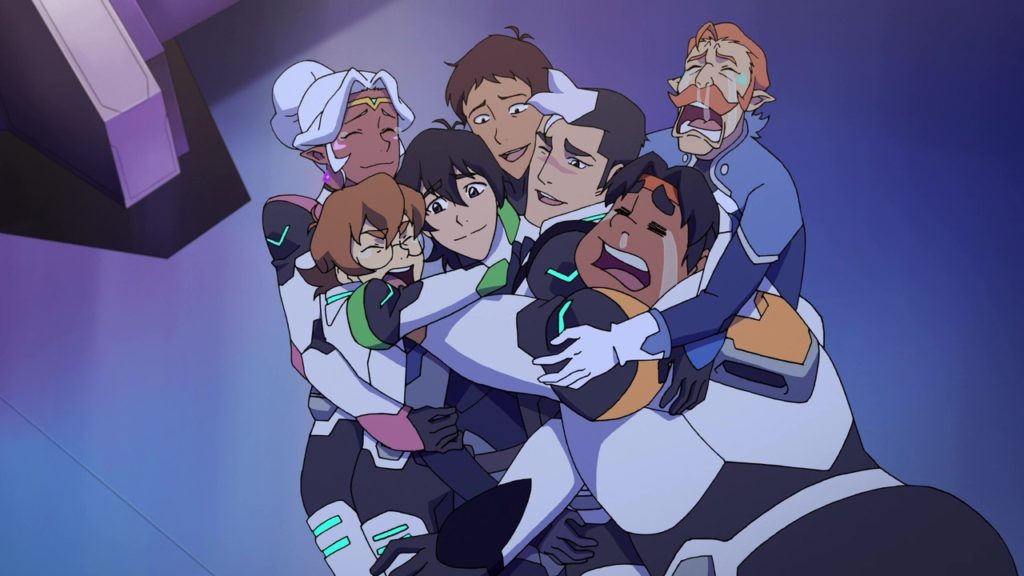 Voltron season 4 does double duty in providing filler content and character development while simultaneously managing to move the story forward. But there are a lot of unanswered questions remaining, some of the plotlines from season 3 seem to have vanished, and it still felt like an incomplete season.

Warning: This article contains spoilers for ALL episodes of Voltron season 4.

The shorter seasons are still bothering me, mostly because it gives me the sense that things are happening too quickly. I said in my review for season 3 that it didn’t feel like a complete season, and the same goes for season 4. As much as I enjoyed it (and I really, truly did), it felt unfinished, and it’s a little jarring how some developments from season 3 were just completely dropped. They introduced a thing about the freed planets not trusting the Blades of Marmora that seems to have disappeared, and I’m still not entirely convinced that Shiro is the real Shiro. There were times when I thought I had missed an episode, even though there are only six episodes in Voltron season 4. I understand what they’re trying to do with shorter seasons, and I know the team didnt have much choice, but I’d really much rather have a 13-episode season with fully fleshed-out plots and a longer wait in between than the haphazard, all-over-the-place seasons we have now. Even if you combine Voltron season 4 with season 3, it doesn’t make much sense.

From what everyone said at NYCC last weekend, I was expecting this massive power struggle between Keith and Shiro that lasted for most of the season. Instead, the issue was resolved in the first episode of Voltron season 4. “Code of Honor” neatly tied up the “who’s the leader” debate with a nice little bow, and though I’m happy to both see Shiro in the Black Lion again and Keith training with Blades of Marmora, I can’t help but be sad that Keith is no longer officially on the team. We’re obviously meant to think that Keith is happier with the Blades, but he seemed off during the entire season; there are still a lot of loose threads when it comes to Keith and his Galra heritage, and I 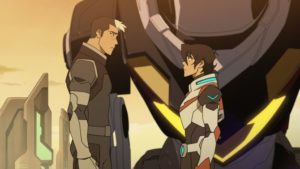 suspect his desire to work with the Blades has something to do with that. I think Steven Yeun (Keith) must have had a scheduling conflict, because Keith going on a mission for the Blades and being gone for most of the season just seemed like a convenient way to get rid of him. I loved BoM!Keith, but that comes out of nowhere, and it was weird having him gone for so long.

Shiro getting the Black Lion back also seems abrupt, especially considering many people still think this Shiro is a clone. (His hair is different! That’s got to mean something, right?) But keep in mind that Black doesn’t respond to Shiro until he begs for help because the team is in mortal peril and Keith is gone. I love Shiro being a Paladin again, and I don’t necessarily think that happened too quickly because I don’t think he should have lost Black at all. Certain plots are accelerated to make up for the shorter seasons. Sometimes I’m a fan of that, sometimes I’m not. In this case, I feel like there was a perfect opportunity for Keith and Shiro to co-lead the team that wasn’t properly explored. This could come up later – we see in a later episode that the Green Lion is able to conjure up a co-pilot’s seat, so it’s reasonable to assume that Keith and Shiro could conceivably co-pilot Black. 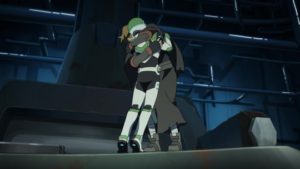 One thread that has finally been tied off is what happened to Matt. After three seasons of searching, Pidge was finally able to track down her brother, and in an episode that focused almost entirely on her, we at last get introduced to the elder Holt sibling. “Reunion” was an absolutely stellar episode, with some fantastic acting by Bex Taylor-Klaus (Pidge). I’ll admit that I teared up during the scene at the cemetery, where Pidge breaks down over Matt’s grave, but their eventual meeting at the end of the episode was so great that I’ll forgive Dreamworks for the fake out. Some fans think that Matt was found too quickly, but I disagree. Pidge has been looking for her family for the entire show – and even before the show started, this is literally why she went undercover at the Garrison – and if it had dragged out for too much longer, I would have started getting annoyed. I think the issue wasn’t that it happened too quickly, but that there was so little about her search in earlier seasons. It was such a major part of season 1, but it fell by the wayside as the show went on. Season 3 had only one mention at the beginning and then nothing. I also greatly enjoy Matt as a character and appreciate both what he brings to the team and the way he brings out the joy in Pidge. He’s such a fan of his sister; it really is adorable.

Aside from Pidge, Voltron season 4 was a little light on the character development. Shiro got Black back, Keith is training with the Blades of Marmora, and Allura is developing a deeper connection with her magic, but for the most part, season 4 was a very plot-heavy season. Despite those advancements in their story, there wasn’t much depth in the developments. Why is Keith so adamant about working with the Blades? What is going on with Shiro and Project 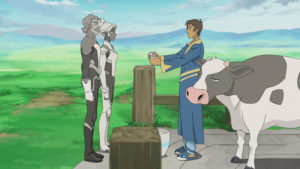 Kuron? Is he still getting headaches? Meanwhile, Lance and Hunk got almost nothing to do; true, Hunk got to do science-y stuff again with the Holt siblings, and Lance got to show off his cow-milking skills, but both of them are long overdue for some serious growth. What happened to Lance’s insecurities from season 3? Not to mention, the scene where he was milking Kaltenecker was the perfect opportunity to learn more about his family; he was so homesick in season 1, yet none of the Paladins except Pidge have even mentioned their family since the beginning of the show.

Despite what was said at NYCC, there didn’t seem to be much of a power struggle in the Galra empire, either. Zarkon 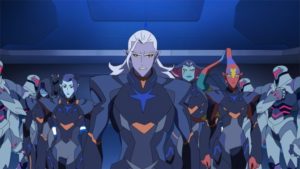 immediately dismissed Lotor from his duties, and Lotor seems to have no desire whatsoever to be in charge. He is solely focused on his mission of travelling between realities and harvesting the quintessence, yet after one singular failed attempt he appears to completely give up on that. Not only that, but his loyal generals turn on him to save their own skins, and I have trouble believing they would do so after only one setback. Though, to be fair, that decision was probably partially influenced by Lotor killing Narti. (Which raises the question, was Narti aware that Haggar was using her to spy on Lotor?) If ruling the empire isn’t Lotor’s primary goal, what could he possibly want the quintessence for? Also, I couldn’t help but notice Lotor’s apparent disgust for Haggar; to me, it seems as though he may not be aware that Haggar is actually his mother, Honerva. Of course, having Honerva confirmed as his mother, it makes sense as to why he would be drawn to half-blood Galra for his generals. 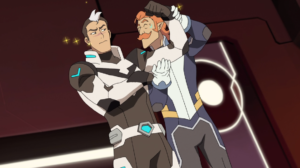 With all of the heavy material Voltron season 4, it was great to see some lighter moments. “The Voltron Show!” revolved around the team’s attempts to draw more rebel planets to their cause and focused on Coran’s increasingly ridiculous stage productions (Voltron on ice!). The show of might – a glorified parade – was something that irked Keith in “Code of Honor”, but in “The Voltron Show!”, the team gamely goes along with Coran’s plans because it’s actually working. As a Shiro fan, I appreciated the nod to our thirsty-ness, with Coran insisting Shiro wear a tight t-shirt to show off his muscles and saying that everyone was replaceable except Shiro, as the most popular character. The other episodes had moments that kept the season from being too dark. The scene where Lance milks Kaltenecker as Coran and Allura watch in horror got a big laugh at the NYCC panel, and I chuckled at Pidge taking Matt on a tour of the castle.

Voltron season 4 concludes with a two-episode arc wherein the Voltron coalition launches a counter-offensive against the Galra. “Begin the Blitz” and “A New Defender” feature some pretty epic space battles, as well as some prime 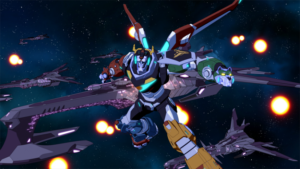 character development. When Voltron attempts to liberate the planet Nexzela from the Galra’s control, Haggar reveals that the whole thing was a trap – Nexzela is protected by a massive gravity field that prevents Voltron from leaving, and the planet itself is a bomb powered by Haggar’s magic. It is because of this that Allura is able to connect with her magic in order to free the team – with Voltron trapped on the planet, they’re unable to warn their allies of the impending explosion. This also allows for Keith – who has been called selfish by basically everyone – to almost make the ultimate sacrifice; the shield around Haggar’s ship is impervious to their weapons, so Keith plans to crash his ship into it to take it down. This moment is extremely important for Keith’s development, yet the only people who realize what’s happening are Coran, Matt, and Lotor, so I have to wonder if this will ever be addressed again. Many people worried that Keith was being written out of the show, but at the last moment, Lotor swans in and saves the day.

All in all, Voltron season 4 was a highly enjoyable collection of episodes, but it didn’t really feel like a particularly cohesive season. There are a lot of plots that could have been expanded on, yet at the same time there is a lot of great setup for future seasons. Perhaps the things that I hoped would be resolved in season 4 will be instead resolved in season 5?

What did you guys think of Voltron season 4? 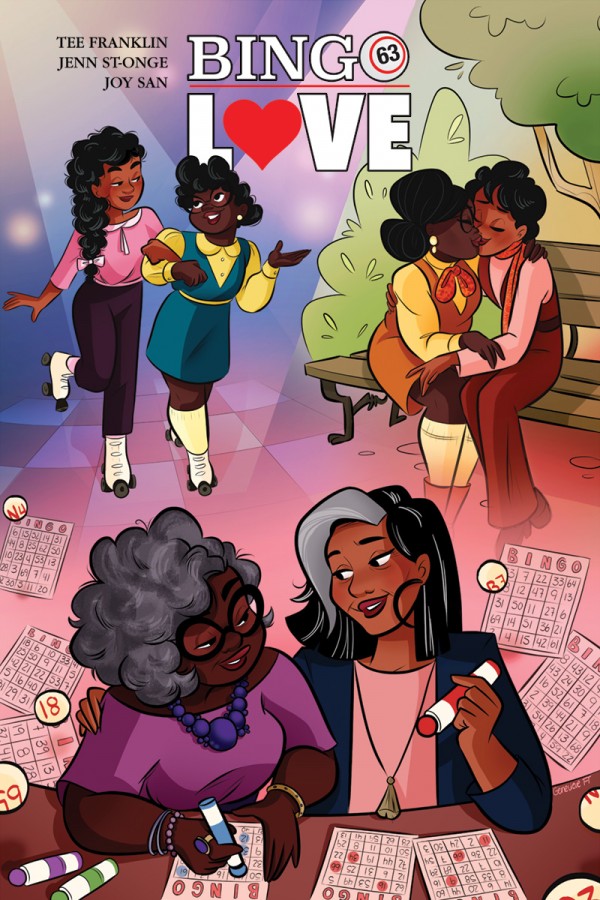 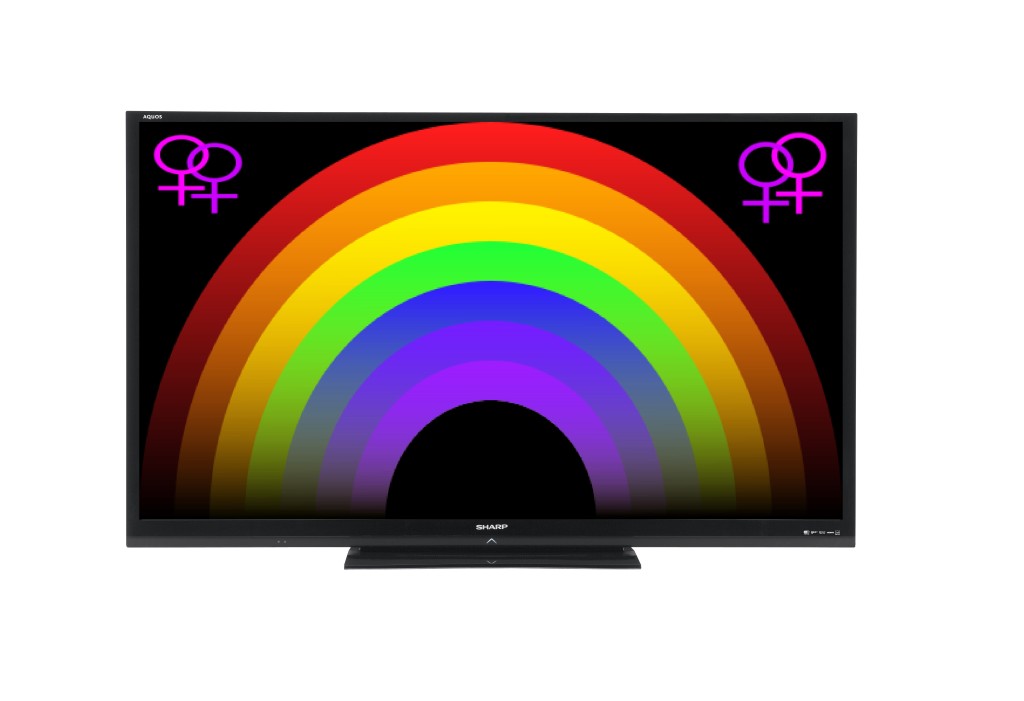 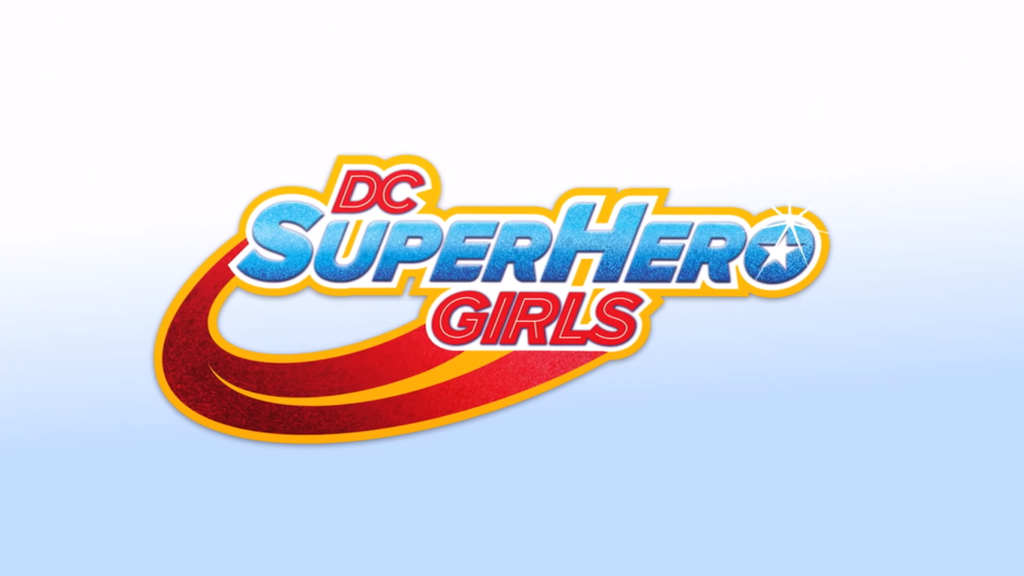