What Will Happen When Voltron Season 5 Premieres March 2? 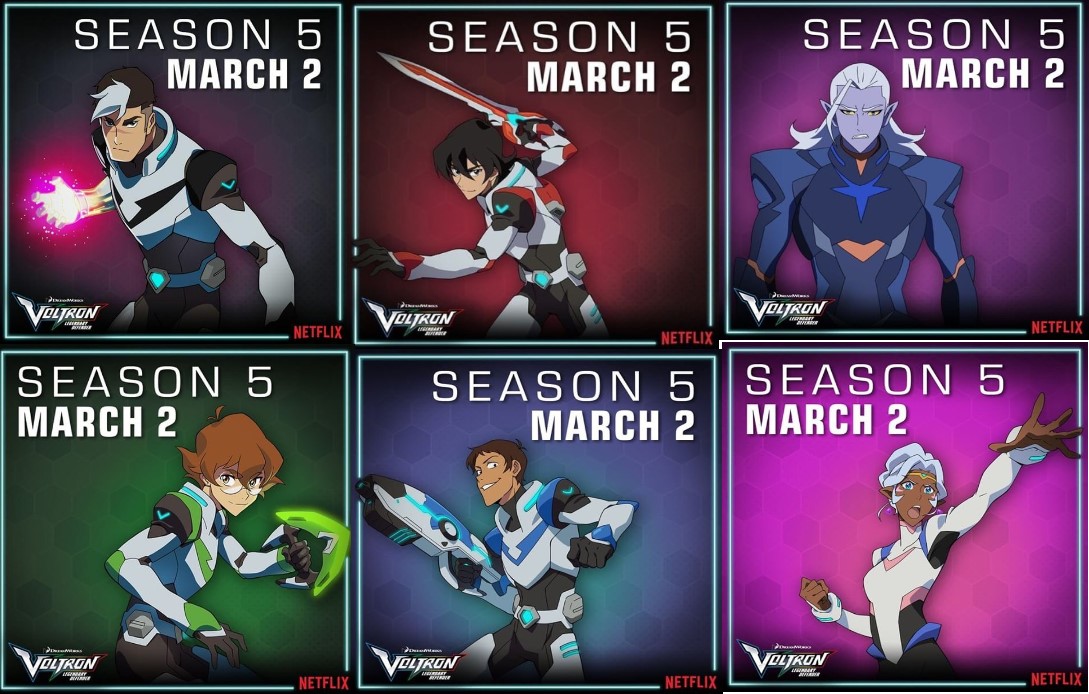 Netflix’s popular Voltron: Legendary Defender returns with brand new episodes on March 2. That’s right; in less than a month, we’ll be getting Voltron season 5! Now the question is, what can we expect when we rejoin the team?

There hasn’t technically been an official announcement for the premiere of Voltron season 5. Yes, almost the entire voice cast tweeted promotional photos of their characters with the date. And yes, the official Twitter account, did tweet yesterday saying that the new season was coming soon. But there’s no trailer yet, and we have no idea how many episodes we can expect.

With no trailer, we can only speculate what will happen in Voltron season 5. (Of course, even with a trailer, we’d still be able to only speculate.) A lot of stuff happened in season 4, and there are so many directions the show could be taken in.

First and foremost, the biggest surprise of season 4 is Lotor’s sudden switch to the other side. Can the team trust him? What is his end game? Voltron’s official Instagram invited fans to vote as to whether or not Lotor is a friend or foe. Personally, I don’t think he should be trusted. He’s clearly got his own agenda and Team Voltron can’t afford to let their guard down around him.

Secondly, there is the issue of too many team members. Will Keith stay with the Blade of Marmora, or will he return to Team Voltron? If he does return to Team Voltron, will Shiro step down as pilot of the Black Lion? I’d love for everyone to pilot a Lion, but that obviously can’t happen. I’m a fan of both Keith and Shiro, and I think they both need the sense of identity they get from being Paladins. But I also don’t want anyone else to be kicked off the team. (I honestly didn’t think Allura needed to be a Paladin in order to be a badass, but now that she is one, I don’t think it should be taken from her. Especially after what happened on Naxzela in the season 4 finale.) I mentioned in my review of season 4 that I think there was an opportunity for them to co-lead the team; perhaps that will be explored in season 5.

And of course, the big question that’s been on many fan’s minds since Shiro reappeared… Is that the real Shiro? You may notice that after they found Shiro again in season 3, he didn’t quite look the same. The season 5 promotional art is using Shiro’s pre-season 3 appearance. Is this a deliberate move by the marketing team, or is it just an honest mistake? What is Project Kuron? Does Shiro still get his headaches?

There are many questions lingering from season 4 and even season 3 that will hopefully be addressed when Voltron season 5 premieres next month. Did Haggar know about the coalition’s plan (she laid a trap for them, signs point to “yes”), and if so, how? What was the other option that Acxa mentioned in the season 4 finale? Where are Shay and the Olkari, and why were they not part of the coalition’s plan? Whatever happened to the liberated planets not trusting the BoM? No, seriously, WHAT IS GOING ON WITH SHIRO?

Are you excited for Voltron season 5? What do you think will happen?