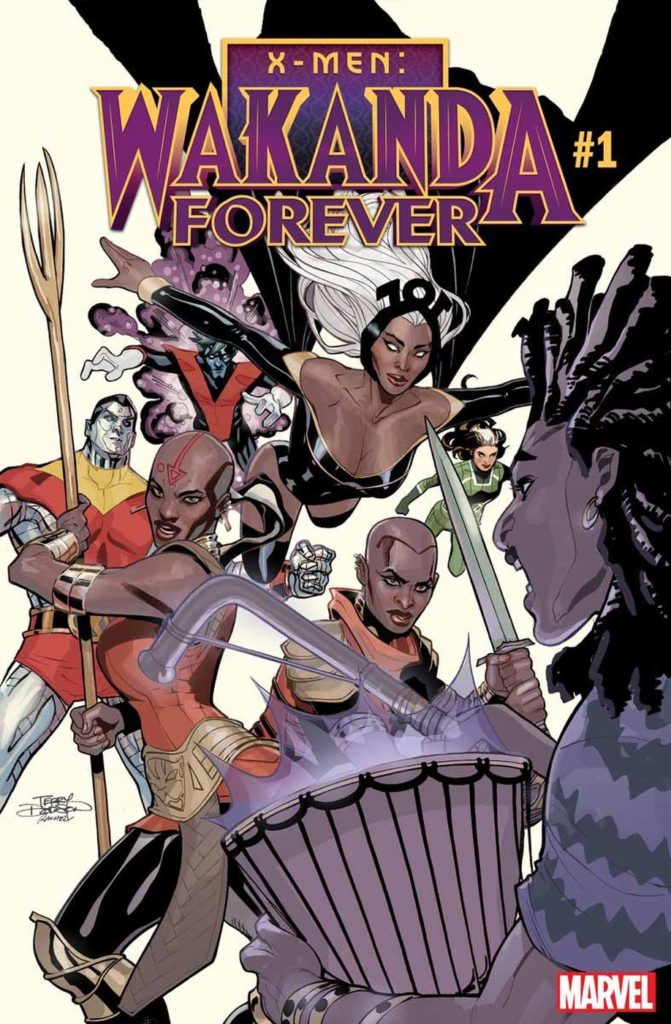 The Dora Milaje are all set to team up with the X-Men in their three-issue miniseries. I can’t wait for X-Men: Wakanda Forever to be released this July!

If you have been keeping up with Black Panther related news in the Marvel Comic Book Universe, you would know the company has decided to give the Dora Milaje a three-part comic series titled Wakanda Forever. Considering the incredibly positive reaction from the live-action film, it makes sense for Marvel to boost the warrior women in the comic book world, too.

“This story is a big Marvel-style adventure with the Dora Milaje front and center. Nnedi may be relatively new to writing comics, but she already has the voices of all these characters down cold – from Okoye to Nightcrawler,” said Wil Moss, the editor of the miniseries.

Here’s the official synopsis for the series:

The WAKANDA FOREVER story starts in June with Okoye, Ayo and Aneka teaming up with everyone’s favorite webslinger, Spider-Man! In the second installment of WAKANDA FOREVER, out this July, the Wakanda warriors meet the X-Men – including the Black Panther’s one true love, Storm! But when Okoye, Ayo and Aneka come up against deadly former Dora Milaje member Nakia, their mission turns to protecting their king – no matter what the cost…

I’m all for the Dora Milaje meeting Storm and her X-Men family. Even though Ororo and T’Challa are divorced, Marvel Comics hasn’t ignored their past and love for each other. Storm is playing a major role in the current Black Panther run by Ta-Nehisi Coates. She also appeared in this weeks X-Men: Red Issue 3 to protect Wakanda.

Ta-Nehisi Coates also talked about writing a new Storm solo-series. So, I hope we get one soon. Fingers crossed!

Are you excited about X-Men: Wakanda Forever? Let us know.