Ta-Nehisi Coates and Jen Bartel Seem To Be Working On a New “Storm” Series! 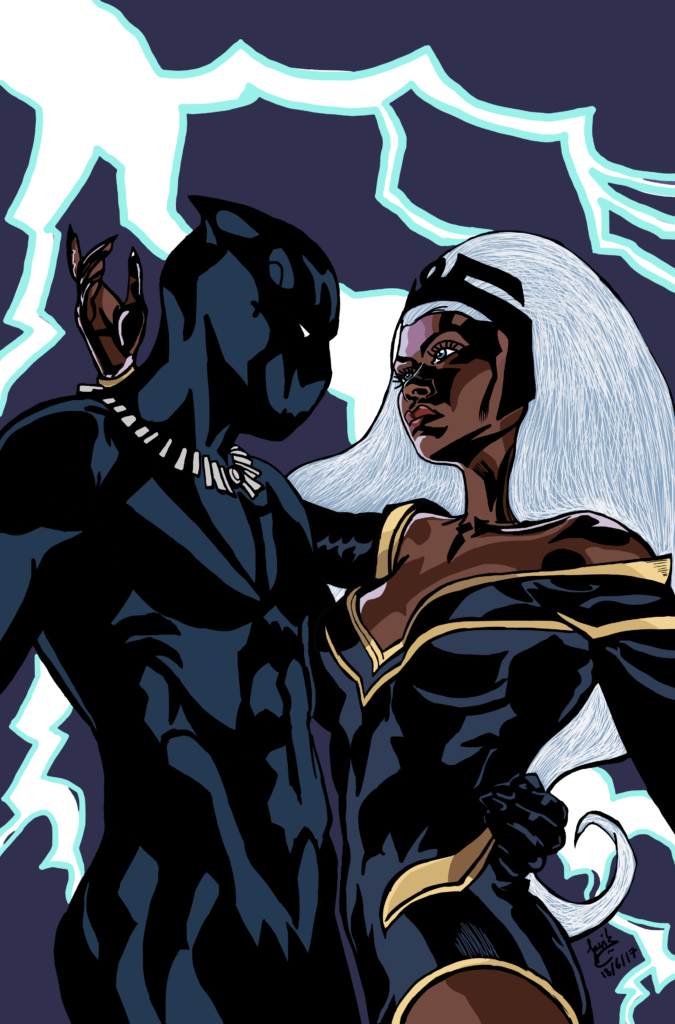 While Marvel is yet to make an official announcement, it seems that comic book writer Ta-Nehisi Coates and artist Jen Bartel are working on a new project involving X-Men’s Storm.

I read some rumors a few days back about Storm potentially getting another solo series when Ta-Nehisi Coates tweeted about collaborating with Jen Bartel after meeting her at New York Comic Con 2017.

Got to talk collaboration with the incredible @heyjenbartel Stay tune!! pic.twitter.com/IurihdWcWX

Now, it seems that those rumors might become fact as the two talented individuals are ready to give Ororo the spotlight.

Just interviewed .@tanehisicoates for @PhillyInquirer and he confirmed that he is writing a Storm solo comic book with @heyjenbartel.

Storm got a solo series back in 2015. It ended after 11 issues as Marvel’s Secret Wars event had to begin. After the Marvel Universe was restructured, Storm went on to lead the X-Men through troubled times in the Extraordinary X-Men series. She also led the mutants during the Inhumans v. X-Men event.

After IvX, Storm decided to step down as the leader and joined Kitty’s team in X-Men: Gold, written by Marc Guggenheim. While Guggenheim is coming up with interesting stories, Storm is more or less a secondary character in the series. Even 13 issues in, Ororo hasn’t done anything great or experienced any sort of character growth.

The only writer who seems to be interested in the Weather Goddess right now is Ta-Nehisi Coates. He co-wrote Black Panther and the Crew with Yona Harvey. The series starred T’Challa, Storm, Misty Night, Luke Cage, and Manifold. It brought the all African-American cast to Harlem. Even though it was canceled after six issues, the series was still enough to enrich Storm’s backstory.

Ta-Nehisi Coates continued using Ororo in his Black Panther series as a guest character. In Issue 13, T’Challa asked Ororo to help him solve a problem concerning African Gods. In Issue 15, she appeared again to help. It was also the issue in which T’Challa told her that he understood Ororo was always more than a queen and it was wrong of him to try and cage her during their marriage. 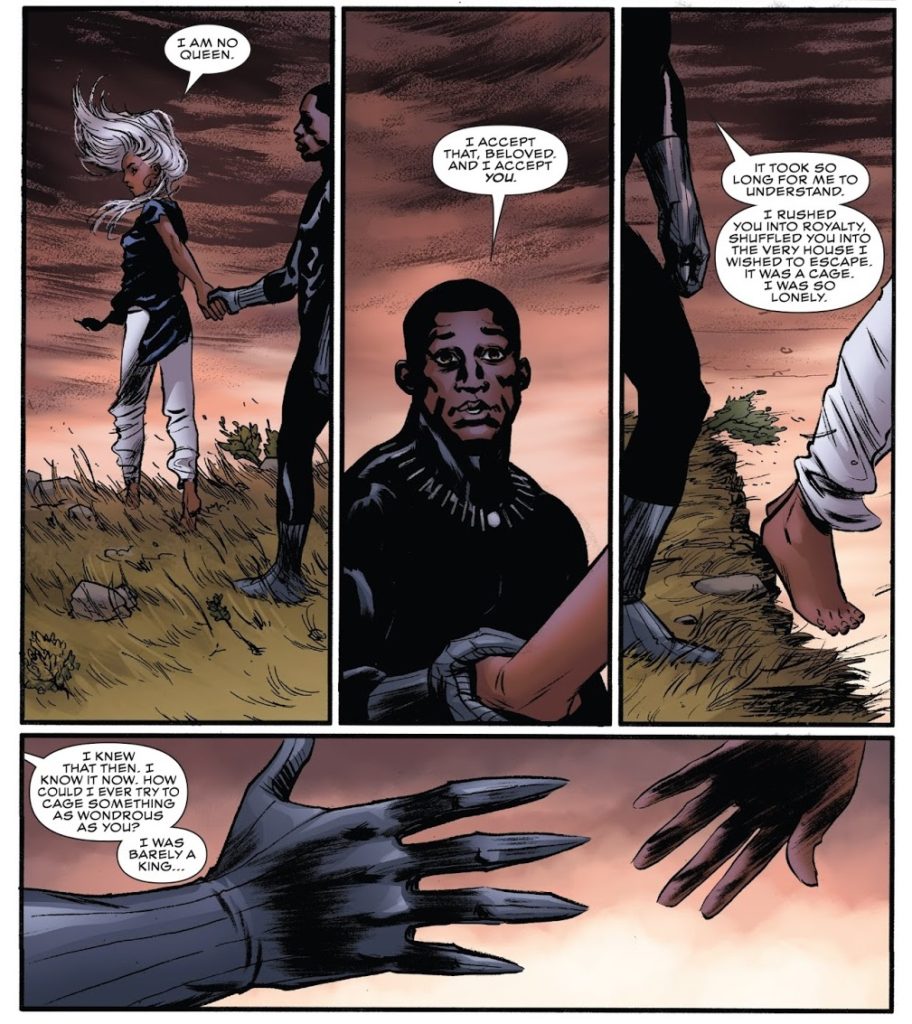 Issue 17 is where Ta-Nehisi Coates showed the link between Storm’s power and people’s faith. When believed in, Storm was able to disperse unnatural weather being caused by an entity from another dimension. Storm’s ability is to control the weather patterns of any planet or area she’s in. Being able to disperse something that’s been created by a God-like entity, something which isn’t of this world, is an amazing feat and goes to show how powerful she is. 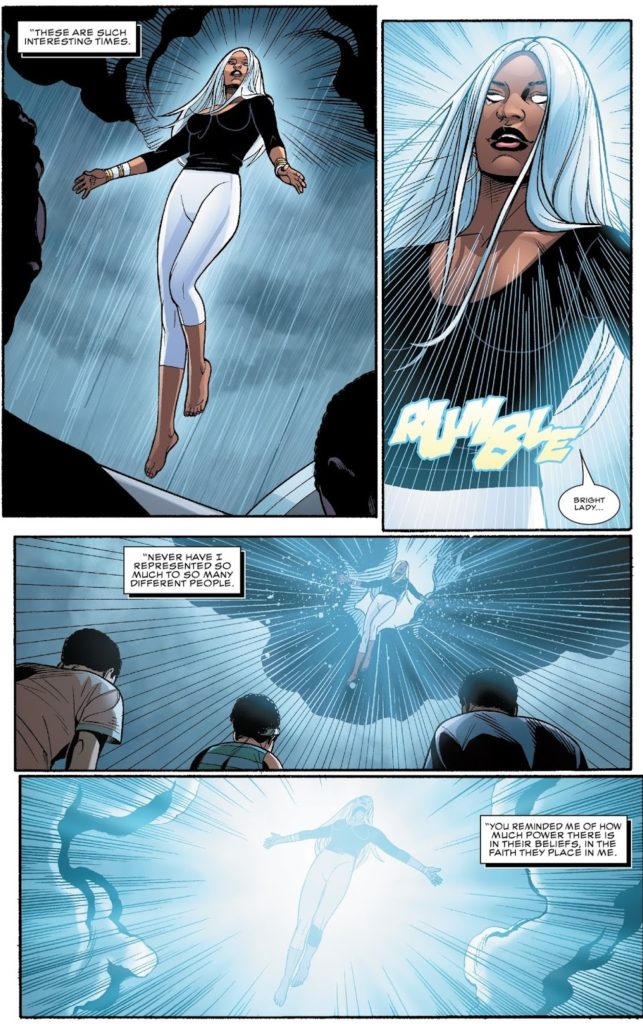 Even though Ororo and T’Challa aren’t married anymore, the Black Panther series made it clear that people still think of her as their queen and goddess. 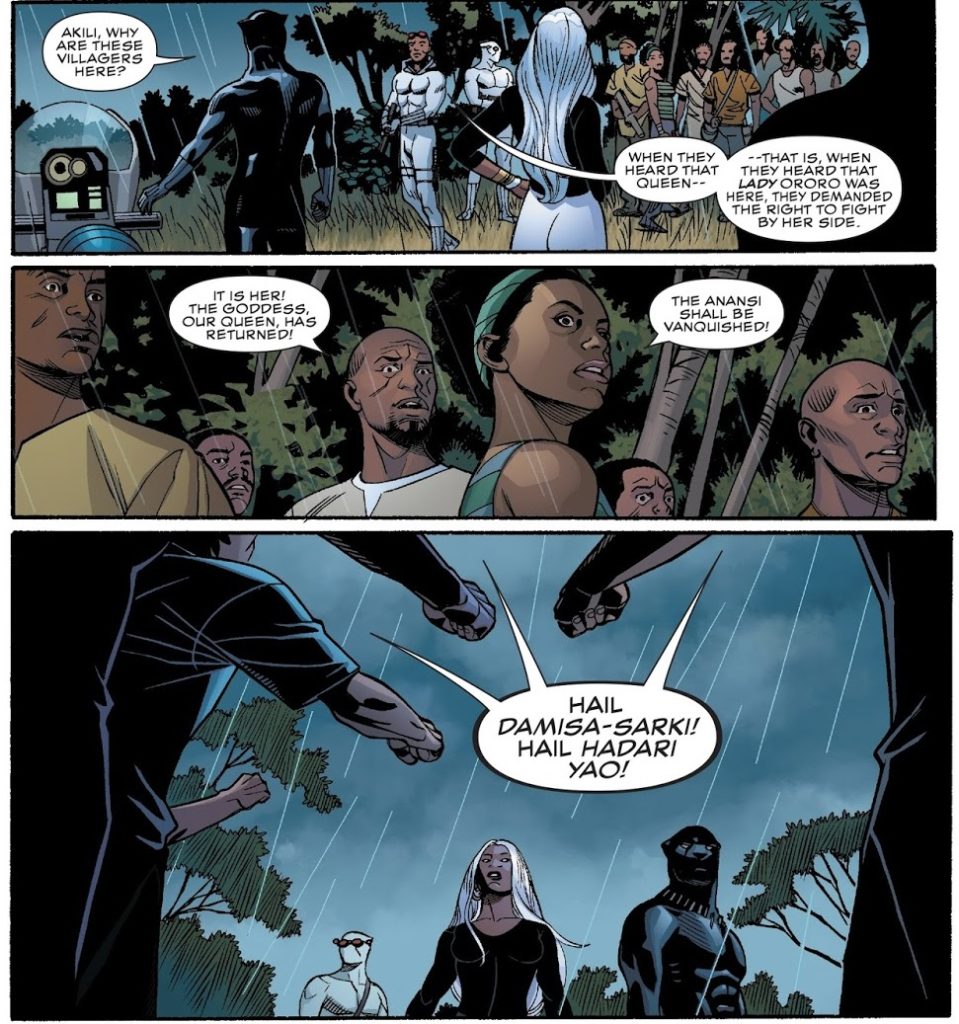 If that’s the way Ta-Nehisi Coates will write Storm in her upcoming solo series, I’m more than excited. We might just get a story that also explores Ororo’s magical ancestry.

As for the art, my favorite artist to draw Storm is still Victor Ibanez. However, Jen Bartel is a very talented artist as well and I’m looking forward to her work.

When do you think Marvel will make the official announcement? Are you excited for another Storm solo series? Let us know.