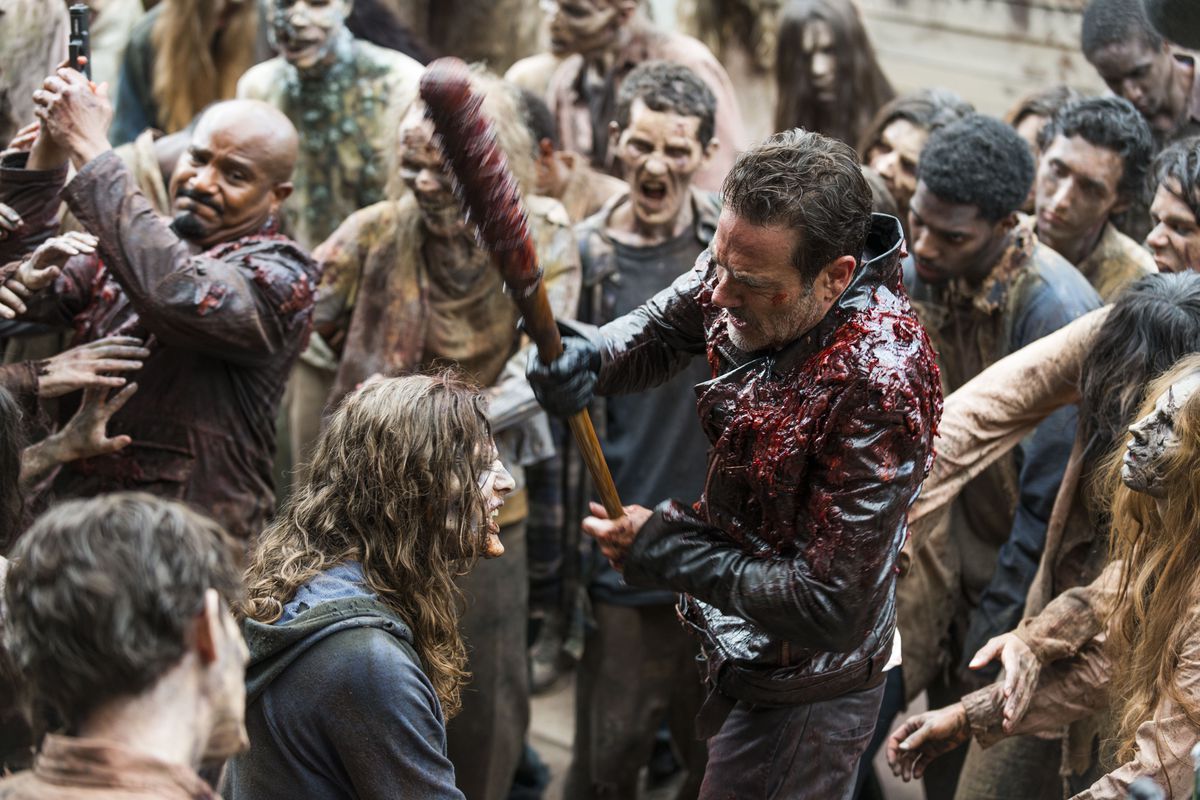 I can feel my snark-driven enthusiasm waning and this episode kept driving the nails into my proverbial coffin. Pros: we finally see Negan. Cons: Gregory and the rest of the characters fighting during the weirdest PTA meeting ever. Although we got a peep into Negan’s back story, flashing the Negan isn’t enough to save this episode. Also, who or what the hell is the Big Scary U?

In true season 8 fashion, the flashbacks keep rolling. This time, we’re hanging out with our best friend Gabe (who, by the way, isn’t the most obnoxious character on the show now.) Negan and Gabriel are super best friends now at Camp Savior. Gabriel demands that Negan confess. Negan punches Gabe in the face. Good times. However, we do get a moment of vulnerability as Negan confides that he once worked with children and that he had a wife, too, that he cheated on. She was the one that he just couldn’t kill when the shit hit the fan. Also he talked about dicks and balls a lot which is strange and irrelevant but at least he’s consistent? 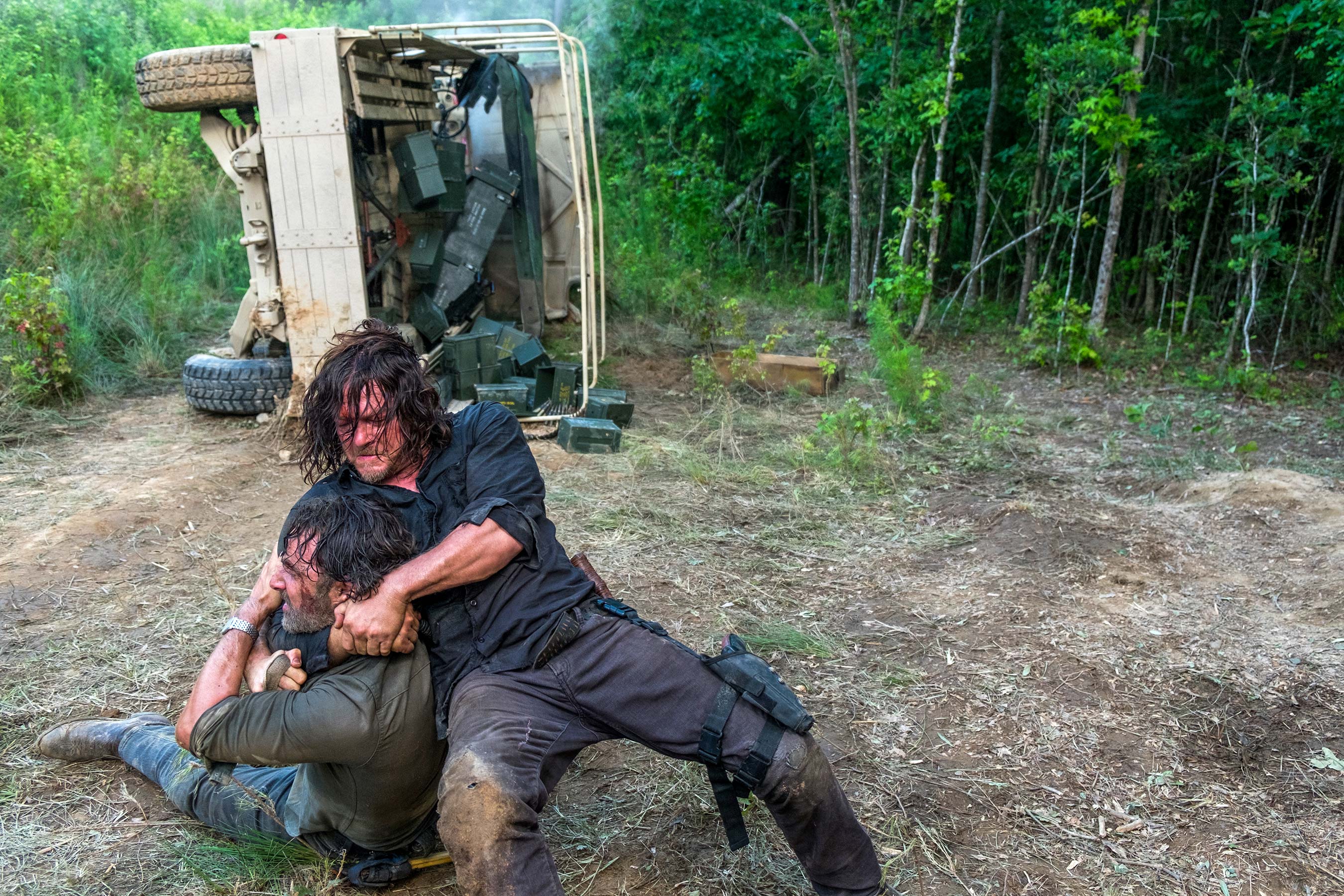 The rest of the episode revolves around the Savior top-tier leadership inside the sanctuary directly after the Ricktatorship attack. Dwight, Eugene, Gregory, Gavin, Simon, and Regina try to handle things to the best of their ability, but ultimately SUCK, leaving Negan to come in for a quick and convenient save.

I can’t EVEN with the fight between Rick and Daryl. Kirkman has hinted multiple times about a break in the ranks and a civil war, so to speak. I had all my fingers crossed that it wouldn’t be these two because a Hufflepuff (Daryl) and a Slytherin (Rick) fight is the tussle to end all tussles. Once again, though, it’s lazy filler. They get rid of the guns in a spectacular explosion while the boys wrestle. This is why we can’t have nice things.

The end of the episode left me (and other fans) with a few theories on Gabriel’s illness. Gabriel got bit in that stupid bid for freedom (during which I probably had multiple panic attacks because it was STRESSFUL AS HELL). The second theory is that somehow the walker guts did actually make him sick. He quips to Negan that Rick and Co never got ill because they were from Georgia. We’ve come across napalm walkers, well walkers, but we haven’t met the toxic chemical waste walkers yet. I mean, it’s a strong possibility. The third theory, which I only briefly considered, was that Gabriel was faking his illness in order to get access to the Hilltop doctor to bring him to Maggie. 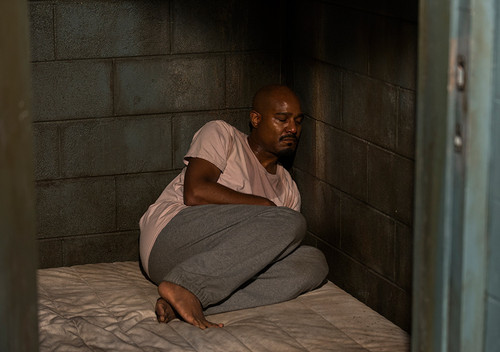 I desperately wish there was more content for this episode other than Eugene confronting Dwight with his Special Pickle Jar. As Negan says: “I am not dying until I am damn good and ready.”

Yeah, and apparently neither is this show.

What did you think about episode 5? Who or what is the Big Scary U? Let us know in your comments below! 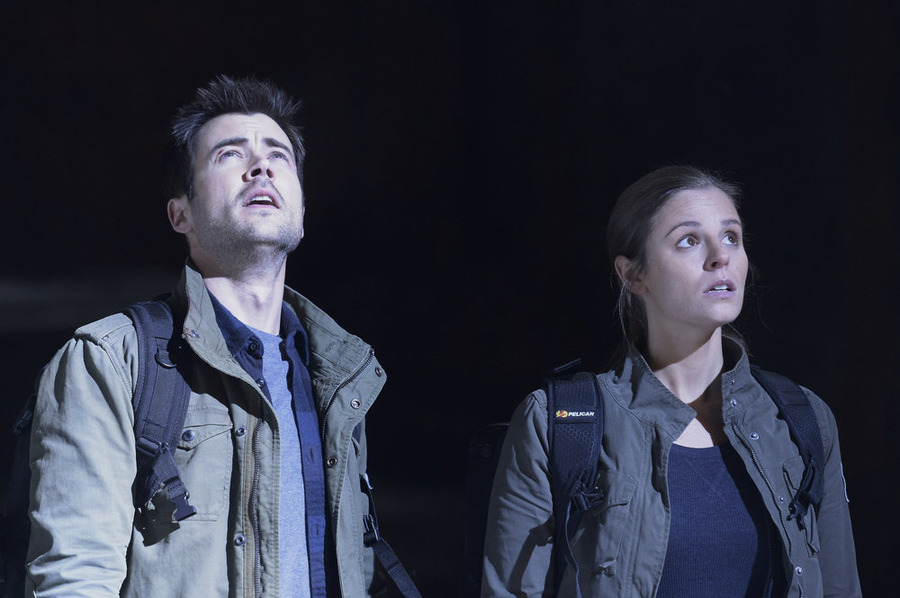 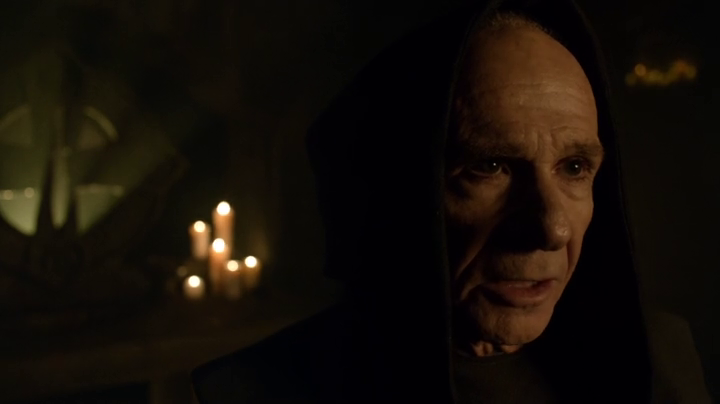 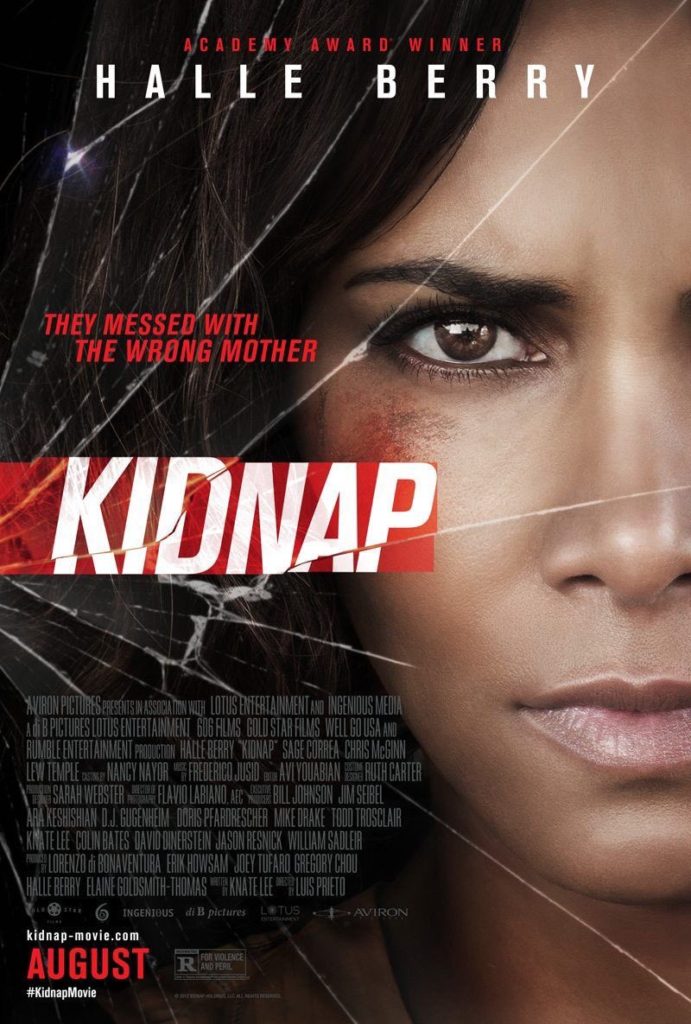