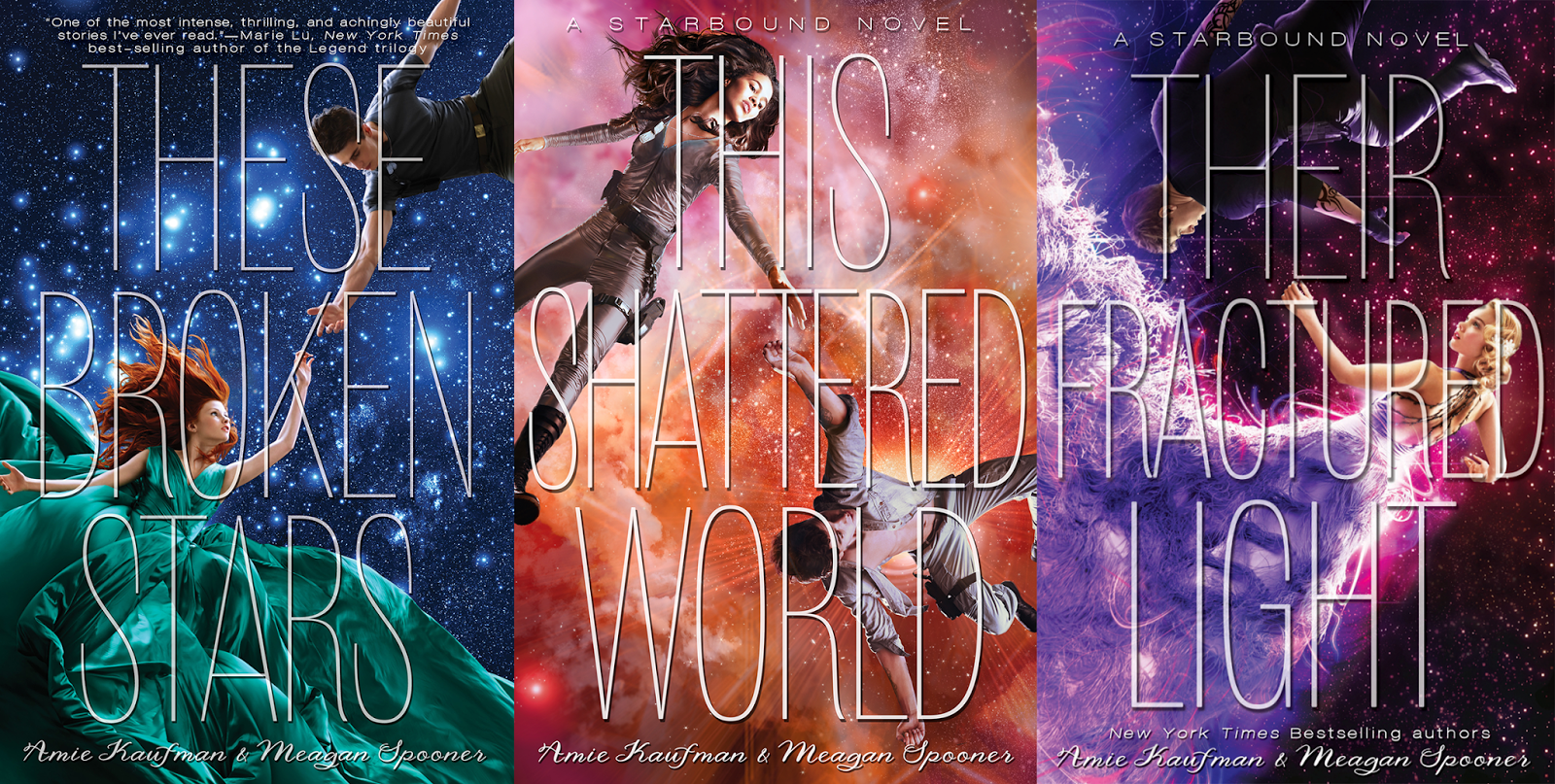 Starting with These Broken Stars, Amie Kaufman and Meagan Spooner created a fascinating “we are not alone” arc that spread over three connected, yet also self-contained novels. The questions introduced in These Broken Stars, the first installment in the trilogy, are slowly but surely answered throughout the rest of the series. This is a science fiction story that does what all good sci-fi must, which is explore the essence of humanity in a theoretical situation. In the Starbound Trilogy, Kaufman and Spooner ask us to consider what we would do if we suddenly discovered that we were not alone in the universe, and then they spend three books looking at differing viewpoints. 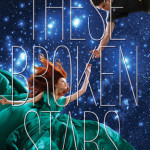 These Broken Stars revolves around the story of the crash of the giant, inter-dimensional cruise ship the Icarus, which mysteriously crashes on a terraformed yet uninhabited planet called Elysium. Only two people survive the crash – decorated soldier Tarver Merendsen and Lilac LaRoux, daughter of the shipping magnate whose company built the Icarus. These Broken Stars is primarily a story of survival, yet questions soon arise as Tarver and Lilac learn more about the planet on which they find themselves stranded. Things happen that defy explanation, and though some of your questions will be answered by book’s end, that only succeeds in raising more. 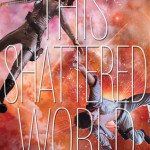 So, naturally, we move to a different planet (Avon) and a different couple in This Shattered World, which follows soldier Jubilee Chase and rebel Flynn Cormac as they investigate the strange happenings as people are seemingly becoming “possessed” and committing atrocities, then have no knowledge of what they’ve done. The overall plot arc is bigger than just one planet and two characters, which is why the decision to move “off-world” for the second installment was a smart one – though Tarver and, to a lesser extent, Lilac do make an appearance. It also adds to the world-building; Elysium was uninhabited, but Avon has a culture and a population, and you get a better sense of the civilization. 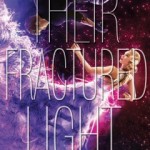 Of course, Their Fractured Light, the third and final installment, takes place on yet another planet (Corinth), and is the culmination of two novels full of setups. The first part of the book focuses on master hacker Gideon Marchant and Sofia Quinn, who is determined to kill Roderick LaRoux for what he’s done to her family, as they uncover the secret LaRoux has been hiding – which explains what happened to the Icarus and the violence on Avon. Gideon and Sofia kind of get shortchanged, though, as halfway through the book all six of our protagonists meet up and the action really gets going. This is where everything finally pays off, and you get the answers to all of the questions that have been niggling at you since the beginning. There is enough tension for you to legitimately fear for everyone’s safety; I was certainly worried that one or two of our heroes wouldn’t make it through to the end.

Individually, these books are all great; they are all told from alternating points of view, each chapter narrated by one of the two main protagonists. Kaufman and Spooner each picked a character and then wrote all of that character’s chapters, which helps separate the voices from each other. They read completely different because they were written by different people, and each pairing in each book is varied enough that they aren’t all just retreads of These Broken Stars. The relationships are organic and believable; there are times when they still feel a little “insta-love”, but at least the characters are aware enough to acknowledge it.

Together, these books make an excellent story about human nature, about arrogance and hubris and the pursuit of knowledge, about how good intentions can be twisted, about understanding and tolerance. There is a distinct lack of diversity (Why, oh, why are all the characters in science fiction white? And straight? IT’S THE FUTURE!), but each novel features a well-developed female character with a fabulous backstory and a fantastic arc. (I don’t think you understand just how enamored I am of Lilac; she is amazing.) Plus, the story itself is extremely compelling and brings up a lot of philosophical questions.

In short, I highly recommend the Starbound Trilogy to anyone who loves romance or sci-fi. I am a massive fan of this series, and I will sing its praises until the end of the universe. Happy reading!

These Broken Stars, This Shattered World, and Their Fractured Light (aka the Starbound Trilogy) by Amie Kaufman and Meagan Spooner are published by Disney-Hyperion and currently available wherever books are sold.