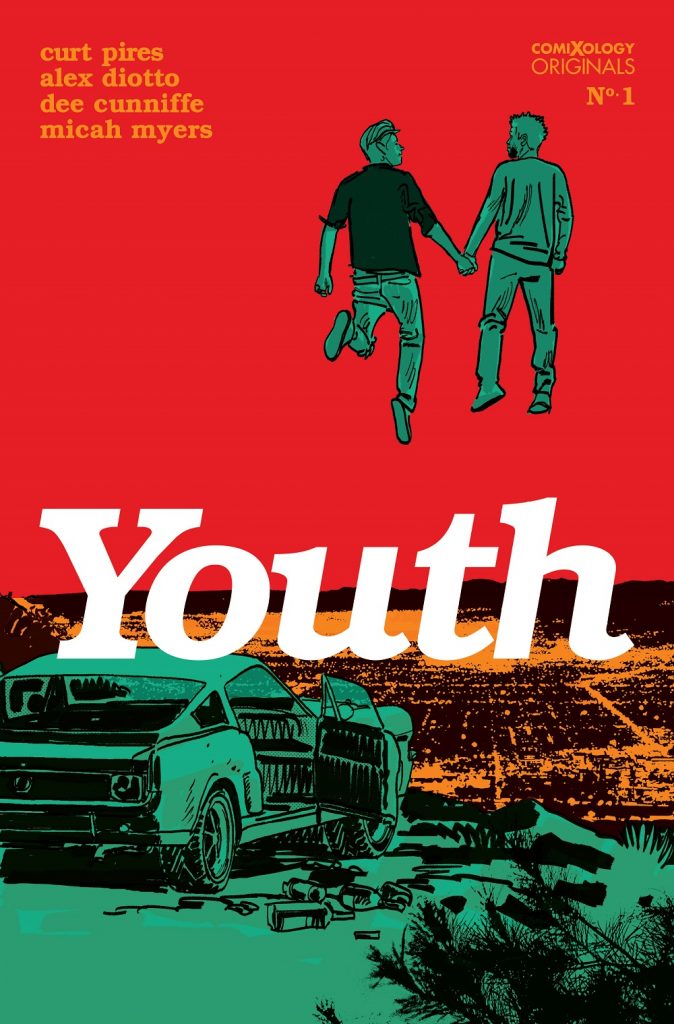 ComiXology Originals has announced the first season of Youth, a weekly comic book event by Curt Pires and Alex Diotto, beginning May 12. The upcoming queer story is also in development as an original series with Amazon Studios.

You have a new queer comic book to look forward to next week. Youth is a 4-issue miniseries that will be releasing weekly. You should consider supporting it.

It’s time to forget everything you think you know about teenage superheroes. Visionary writer Curt Pires and acclaimed artist Alex Diotto are creating an epic superhuman saga unlike any other with the debut season of YOUTH, their all-new 4-issue mini-series releasing weekly beginning Tuesday, May 12.

In YOUTH, Franklin and River struggle to navigate family, friends, high school, work, drugs, and all the pressures of growing up. As a queer couple, they yearn to escape their lives in a small, bigoted Midwest town. They steal River’s stepfather’s Mustang and hit the road. Their destination? California. But along the way, the car breaks down. They meet some kids who are travelling the country, partying, and attempting to find themselves. They party some more. . . . And soon everything changes.

“I wanted to make a teen superhero comic that actually felt authentic to the uncertainty and beautiful confusion that encompasses the coming-of-age experience,” shared writer Curt Pires. “There are lots of teen superhero comics, but most of them are written by writers closer to 47 than 17 and feel remarkably out of touch. I wanted to make something that captured the beauty and pain of the youth culture zeitgeist.”

Youth serves as a reunion for Pires and Diotto, the co-creators of the acclaimed comic Olympia, and features colors by Dee Cunniffe, and lettering by Micah Myers. It will be available upon release at no additional cost, for members of Amazon Prime, Kindle Unlimited, and comiXology Unlimited, and for purchase on Kindle and comiXology.

That fact that this comic book is also in development as an original series with Amazon Studios, to be adapted by Pires, with executive producer Patrick Moran, is good news. We need more queer-centric superhero content in media. 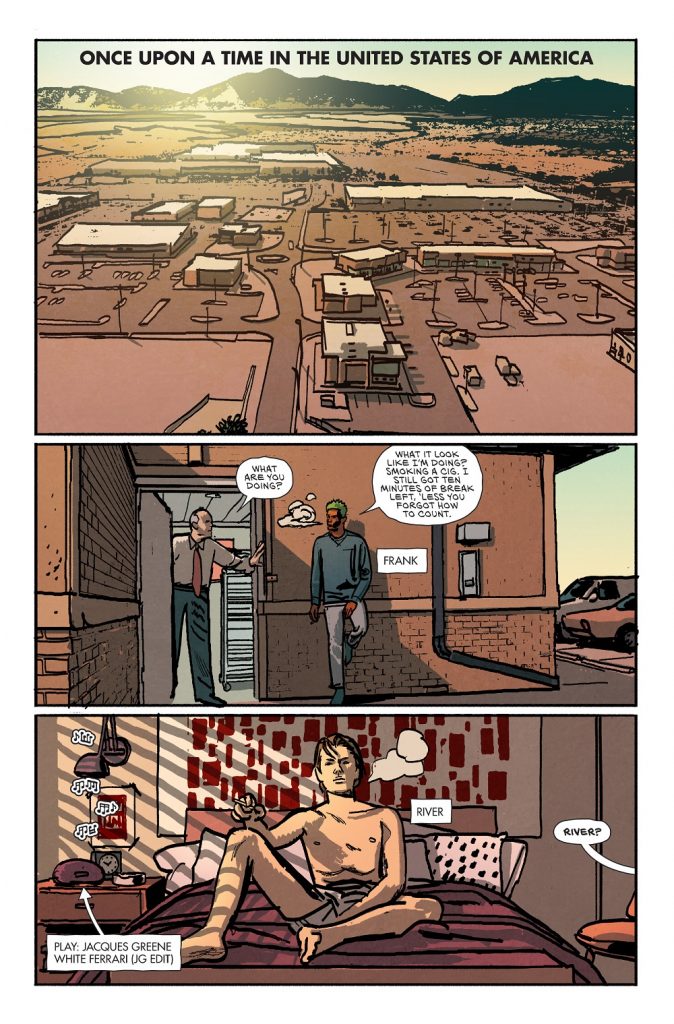 Take note; Youth is the first of four comiXology Originals series coming from Pires. A second season of this series has already been greenlit and in the works. The other two titles will be revealed in the coming months.

“Youth is deeply personal storytelling for me, as it pulls from some of the real-life beauty and insanity I went through coming of age in my late teens /early twenties,” said Pires. “There’s chaos, violence, beauty, love, and everything in between.”

You can get Youth from here.