Yuri On Ice Fandom Is Freaking Out About The Finale, But I Have Faith 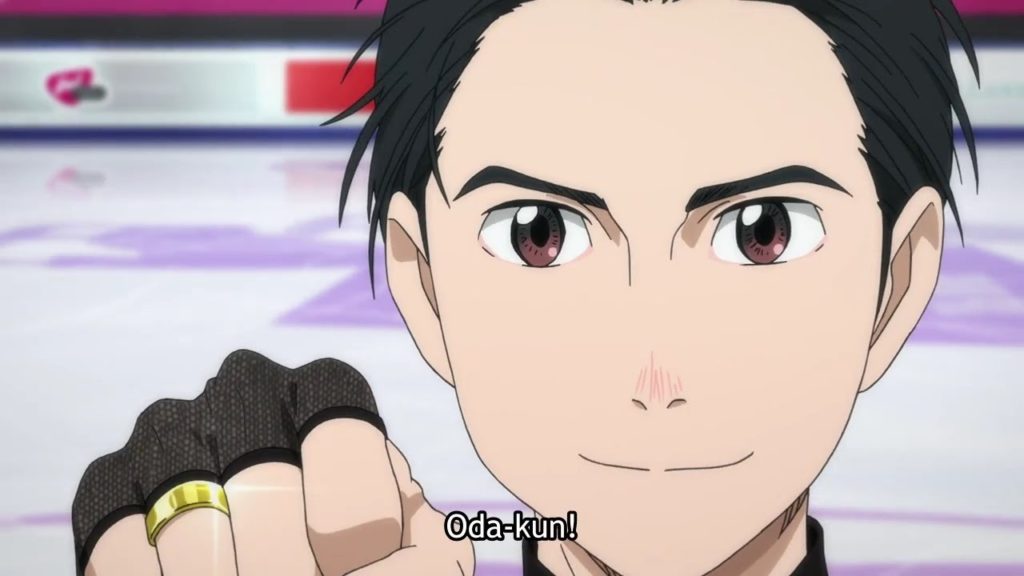 As the Yuri On Ice fandom heads into the final episode, emotions are high and people are having meltdowns all over social media.  But I have faith that Kubo will deliver a final episode that lives up to the amazing work presented to us thus far.

The penultimate episode concluded with our protagonist Katsuki Yuuri in fourth place after the Short Program.  He’d added more complex jumps, but touched down on the Quad Flip (his coach/fiance Victor Nikiforov’s signature move, which is incredibly difficult to pull off).  Somehow, despite having a higher technical difficulty, Yuuri scored more than 12 points lower than his previous personal best with the same program at the Rostelecom cup (97.83 vs 109.97).  Meanwhile, rival Yurio broke a world record, and both Christophe and Otabek knocked their SPs out of the park to land third and second place respectively ahead of Yuuri.  This difference can be made up with the Free Skate next week, however, and for the most part this isn’t the part that has the Yuri on Ice fandom on the verge of a meltdown.  Instead, it’s the clip that came at the conclusion of the episode that has pushed us almost to tears.

In the post credits clip we see Victor and Yuuri relaxing and having a conversation.  Seemingly out of nowhere, Yuuri tells Victor, “After the Final, let’s end this.”  He goes on with an internal monologue, stating “the finale event Victor and I will face together is about to begin.”  Cue the Yuri on Ice fandom meltdown of the season.  What does it all mean? What’s ending? Are they breaking up?

Thankfully a handy dandy Tumblr translator is on the case to break down the nuances of that line that may have been lost in translation:

When Yuuri says he wants to “end this” he uses 終わる (owaru) which just means “to end” and is not something usually said when breaking up with someone (that would be 別れる wakareru).

As far as Victor and Yuuri’s relationship goes, I think it’s safe for us to relax.  This wasn’t Yuuri ending their engagement.  If anything, he’s wanting to end their coach/skater relationship and maintain their romantic partnership.

His reasons can be narrowed down to two to me.  First, Yuuri might actually be ready to retire.  He’s been talking about this as the “last” season for himself since the very beginning of the season.  He’s an ‘older’ skater and while Victor and Chris skated much further into their 20’s, they are somewhat anomalous in the skating world.  Secondly, he may be wanting to end this aspect of their partnership in some misguided attempt to ‘free’ Victor of the ‘burden’ of being his coach.  Yeah, that’s a sad way of looking at things, but it’s also a very in-character thing for Yuuri to do.  He’s always had self esteem and anxiety issues and probably assumes that Victor wants to return to skating.  He loves Victor.  We know this. He has low self esteem.  We know this, too.  So this isn’t that far fetched of a conclusion to come to.

Another sign that this remark doesn’t have anything to do with their relationship comes straight from Yuuri’s mouth in the preview clip for the next episode.

“I’ll be sure to skate my and Victor’s love, laid bare to the world!” 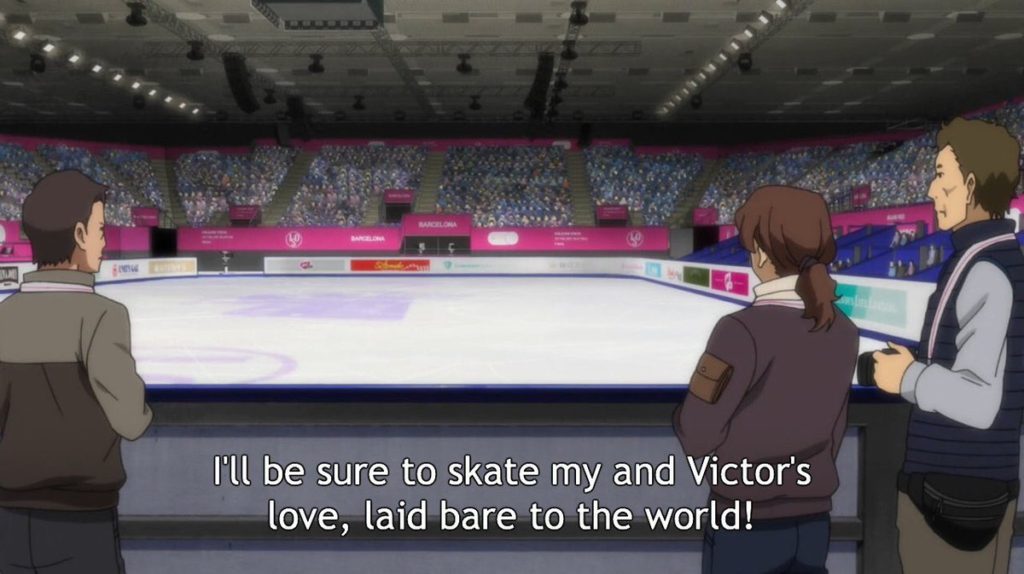 Their relationship is secure, guys.  Relax.  Our happy OTP will persevere.

Of course, even the thought of Yuuri retiring may seem distressing for some people, myself included.  I certainly don’t want this show to end after just one season.  I’m way too emotionally invested in these characters to say goodbye to any of them.  Kubo-sensei herself has expressed interest in writing a sequel, so she doesn’t seem ready to say goodbye either.  The Grand Prix Final may be the last event in this series, but there’s also the Four Continents and World Championships, which are perfect opportunities for OVA’s once this season is finished.  Also, fun fact: the 2017 World Championships is the qualifier for the 2018 Olympics.  Perfect set up for a season two, right?  There’s more story to tell if Kubo wants to keep going and is given the greenlight for a second season (Note: buying the DVD or Bluray will help that happen, as that’s what ratings are based on for anime).

And, most importantly, I have the utmost faith in Kubo to deliver a finale that leaves us satisfied with or without a second season.  Look at what she’s given us so far.  She’s moved us emotionally and made us cry happy tears of joy week after week.  She’s consistently written Victor and Yuuri’s story with respect and delivered a solid relationship unlike anything I’ve ever seen before.  This is the most beautiful romance I’ve watched play out in any piece of media ever, and I believe she’ll grant us a season finale that will allow Victor and Yuuri to be happy together, as well as leaving the door open for more story if she’s given the green light to continue.

So Yuri on Ice fandom, I love you dearly.  But have faith, here.  Other shows may have burned us in the past, but Kubo has proven to be different.  While that line also cut me like a knife to the heart, I’m going into the finale unafraid.  I’ve never felt as confident heading into a finale after being delivered such an emotional blow, which is a massive testament to how much good faith this show has built up with me.  Bring on the finale, Kubo.  I’m ready.  And please, anime-producing Gods, let Kubo continue bringing us their story for just a little bit longer.