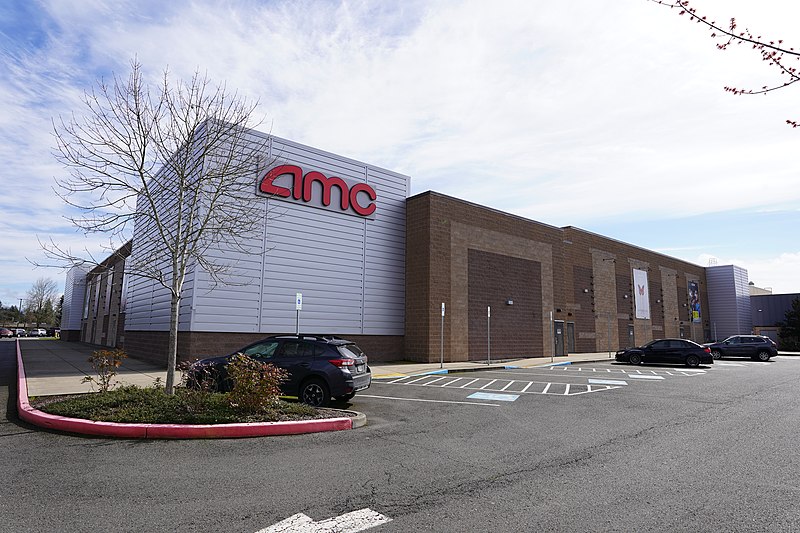 The movie theater vs. video on demand/streaming debate has been raging for years, but the pandemic has kicked it into high gear. Now the AMC mask discussion has added more fuel to the fire.

AMC is once again becoming a controversial voice in the movie theater industry. This time instead arguing for their right to distribute new films exclusively in theaters (see: Trolls), they are asserting their right to allow movie goers to sit in their theaters without masks during the pandemic.  It was reported yesterday that they would not mandate masks because it’s ‘political’:

“We did not want to be drawn into a political controversy,” said [AMC CEO and president Adam Aron]. “We thought it might be counterproductive if we forced mask wearing on those people who believe strongly that it is not necessary. We think that the vast majority of AMC guests will be wearing masks. When I go to an AMC feature, I will certainly be wearing a mask and leading by example.”

Yep, this is the same guy who wrote that long letter to Universal about Trolls being released on VOD.  Mr. Adam Aron isn’t navigating the pandemic as the head of AMC too well, it seems.  At least he’s not navigating it well in regard to public statements on issues related to it, because he keeps coming off as fairly insensitive and tone deaf.

The fact that public safety is considered ‘political’ is absurd to begin with, but to disregard public safety to kowtow to the people who want to make it political is beyond ridiculous.  Public health and safety should not be a political issue.  And we shouldn’t be giving any credit to those that are making it so.  But that’s exactly what AMC is doing.

Thankfully, they seem to have pulled back on this awful decision as of this morning:

“This announcement prompted an intense and immediate outcry from our customers, and it is clear from this response that we did not go far enough on the usage of masks,” Aron said in a statement on Friday. “At AMC Theatres, we think it is absolutely crucial that we listen to our guests. Accordingly, and with the full support of our scientific advisors, we are reversing course and are changing our guest mask policy.”

But this brings up the old argument about whether movie theaters should even be only method of seeing films nowadays to begin with.  These past few months have proven that other options are available to us and most people seem onboard, except for the theaters that are only focused on their bottom line.  Adam Aron’s repeated statements about various aspects of the pandemic have really driven that point home.

The theater chains – especially AMC – have been making these arguments from a profit motive perspective instead of considering public safety or the preference of their customers.  The argument to keep videos exclusive is pretty straight forward, but the argument against wearing masks is an obvious attempt at appeasing a certain segment of their customers at the risk of harming everyone. They fear that upsetting those who are making health and safety regulations political would hurt their bottom line.

They don’t care about us.  They care about money.  And this pandemic is hitting them hard, as it is most industries. But their motivation to remain profitable has been downright offensive to consumers.  Instead of adapting to the desires of their consumers or the changing market in response to the pandemic, they keep digging their heels in and begging for things to remain the same so they can keep that cash flowing like they’re used to.  They don’t want to put in the effort to adapt to our changing world and keep putting their foot in their mouth as they stumble around grasping at excuses.

The theater vs. VOD issue isn’t a new debate, though.  I’ve been writing about the issue for six years now, long before this virus was ever a thing.  Even without the pandemic, the arguments for keeping new movies exclusively in cinemas feels antiquated or, at best, pretentious.  With all the technology we have today, it just feels weird that we usually don’t have the option of enjoying these films from the comfort of our own homes when they’re first released. A ton of movies have made the switch to streaming or VOD due the pandemic, so why can’t we keep this going once the pandemic has subsided?  We can clearly do it, so we should.  The excuses for why this isn’t the standard are becoming startlingly weak.

For you film nerds who believe the ‘experience’ of going to a theater is necessary for your enjoyment of a film or to the film arteurs that feel that your creation should have an exclusive theater run for similar reasons, fine.  We aren’t saying theaters should be eliminated entirely.  If someone wants to limit their release, or if a film goer wants to go out and make a night of it, that option can still be available once the pandemic winds down and we can start to get back to normal. I’ll likely still go for my favorite films because sometimes it really is fun to leave the house for a night and make an event of it.

I haven’t been to a theater since March, and I’m honestly itching to go back, despite the argument I’m making in this article.  When I went to see Boku no Hero Academia: Heroes Rising back before things got locked down, I was nervous as hell, but I went anyway because it was my only opportunity to see the film.  And, frankly, I’d been planning to see it with a friend for many months and it was an event for us.  So I took a package of Clorox wipes and went.  I had a great time, but was scared to hell that I was going to get sick.

Three weeks later, everything in my state shut down.  Now I can’t go at all even if I wanted to.  But needless to say, now that things have escalated to this point, I wouldn’t make that same decision now and I feel like won’t be seeing the inside of a theater for a long time, mask or not.  That may be the last film I see in theaters for years if we can’t get a handle on the virus.

I mourn the loss of having this opportunity available to me, but I’m grateful film studios are adapting to the pandemic and I’m not missing out on every new release.  And I’ll still want to go later when things are normal again.  Sometimes.  When I want the ‘experience’ I’ll trek out to the theater and make an event out of it. But I’ll probably consume a lot more films at home when the market adapts to this new post-pandemic world.

Now the theaters need to get on board and adapt, too.  That is, they need to adapt if they want to remain a viable part of the film to consumer pipeline.  Otherwise we may just jump over them entirely and forge our own path without the middle-man in this upcoming post-pandemic world.

If you want to remain a part of the equation, you’ve got to keep up with the rest of us.  We want this and we see through your profit motivated excuses.