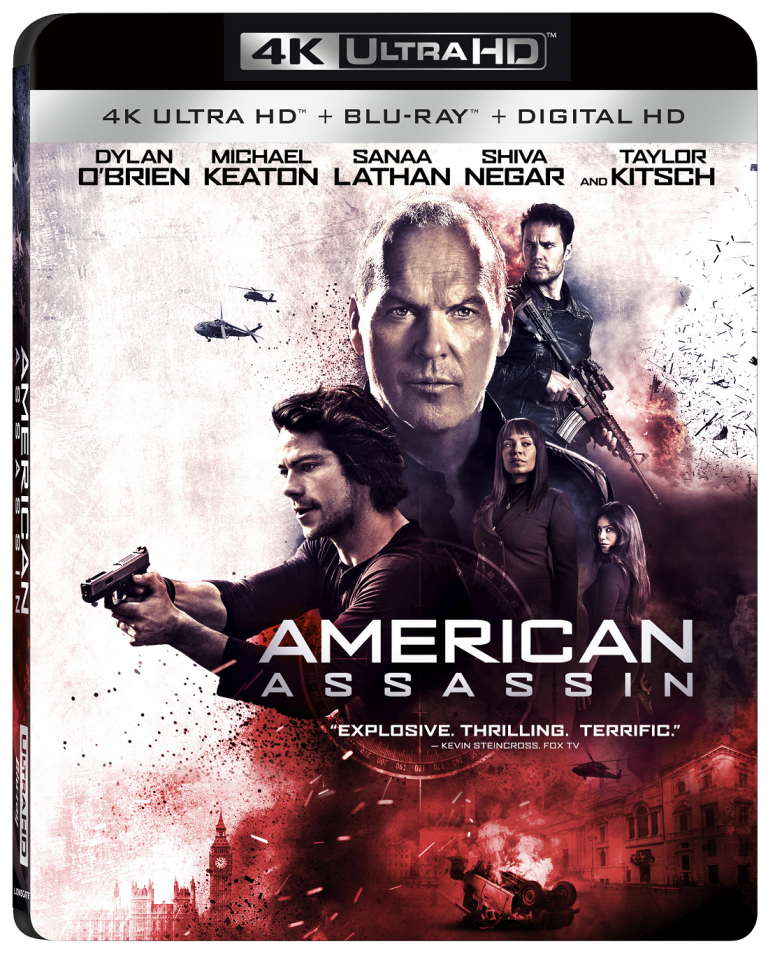 Lionsgate Home Entertainment will be releasing the American Assassin 4K Ultra HD, Blu-ray Combo Pack, and DVD on December 5, 2017. The Dylan O’Brien action film will arrive on Digital on November 21, 2017.

American Assassin is based on the best-selling book series by late author Vince Flynn. The upcoming American Assassin 4K Ultra HD (plus Blu-ray and Digital), Blu-ray Combo Pack (plus Digital) and DVD releases have a handful of special features for fans to enjoy.

Here’s the official synopsis for the film:

American Assassin follows the rise of Mitch Rapp (Dylan O’Brien), a CIA black-ops recruit under the instruction of Cold War veteran Stan Hurley (Michael Keaton). The pair is then enlisted by CIA Deputy Director Irene Kennedy (Sanaa Lathan) to investigate a wave of apparently random attacks on both military and civilian targets. Together, the three discover a pattern in the violence, leading them to a joint mission with a lethal Turkish agent (Shiva Negar) to stop a mysterious operative (Taylor Kitsch) intent on settling a personal and professional vendetta that could have cataclysmic results.

The film is directed by Michael Cuesta. It was written for the screen by Stephen Schiff, Michael Finch, Edward Zwick, and Marshall Herskovitz.

Make sure to check out our review of American Assassin. As of yet, the R-rated film has gone on to gross $58.3 million at the worldwide box office on a budget of $33 million (not including advertising). Will it get a sequel? Let’s hope so!

The DVD Special Features include

Feel free to share your thoughts about the American Assassin 4K Ultra HD, Blu-ray, and DVD releases with us.