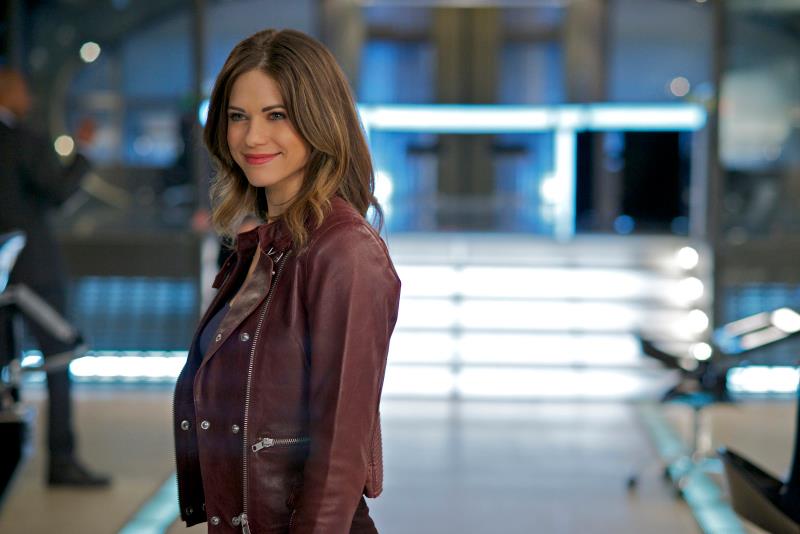 While there has been a general air of excited anticipation surrounding Marvel’s Agent Carter, there was also a growing fear that Peggy Carter would end up being the Smurfette of her own show. While it’s clear they Marvel’s Agent Carter will focus on a post-war woman struggling in a male dominated workforce, it would have been super disappointing if such a promising show failed to pass the Bechdel test week after week. Those fears have been elated with the announcement that Nikita alum Lyndsy Fonseca will be joining the cast.

According to Marvel.com, Lyndsy Fonseca will be playing Angie Matinelli. Marvel’s Head of Television had this to say about the character: “Lyndsy brings a warmth and humanity to Angie, who’ll be the friend Peggy needs if she’s to survive the dangers that lie ahead.”  If the amount of caps lock is anything to go by, the fangirls are pretty damn excited about this news.

“LYNDSY JOINS AGENT CARTER. I’M SO HAPPPY, SHE’LL FINALLY GET THE RECOGNITION SHE DESERVES. I’M SO PROUD OF HER ♥” – @queenlyndsyy

Beneath the caps lock excitement, there was also a sigh of relief because fans were really starting to worry about the lack of female characters in Marvel’s first female-lead property.

“WHAT?! THERE ARE ACTUAL WOMEN OTHER THAN PEGGY ON THE AGENT CARTER TV SHOW?!” –@IamAsianBatgirl

But I have to say that my favorite responses are those wonderful few that have already started shipping what I’m hoping will become everyone’s new favorite femslash ship.

So what do you think? Are you relieved that Marvel FINALLY added another female character to the cast? Are you already shipping Angie/Peggy? Will you be watching Agent Carter? Let us know in the comments.