Animal Kingdom 3×2 Review: In the Red 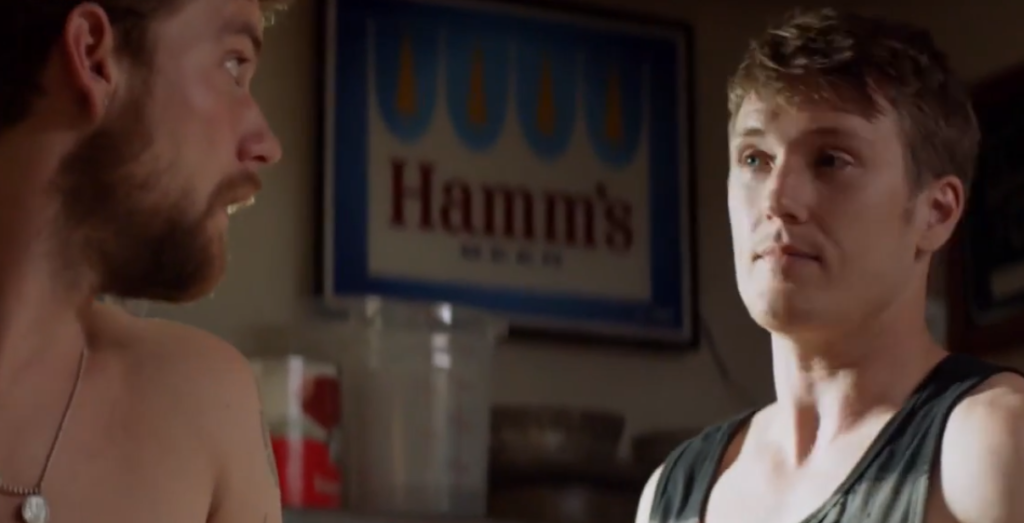 Deran and Adrian in Animal Kingdom Season 3 Episode 2 ‘In the Red’ (Image: Screengrab)

This week’s episode of Animal Kingdom season 3 was all about giving the Cody family a wake up call about their finances. ‘In the Red’ also showed Adrian coming back and that’s all that matters!

I was provided a screener of ‘In the Red’ for review. The opinions are my own.

First of all, congratulations to Animal Kingdom season 3 for getting the highest series rating for its premiere. ‘The Killing‘ got a 0.7 rating in the 18-49 demo and 1.61 million live viewers. Such a demo rating is impressive considering the performance of the previous two seasons. Here’s hoping the high numbers continue to stick and more people tune in for this amazing show on a weekly basis.

Coming to the events that transpired during ‘In the Red,’ we got a time jump. It was only a few months and allowed the characters to deal with Baz’s death as well as help them move on. I enjoyed seeing Deran (Jake Weary) running jobs on his own.

Compared to the first season, Deran has certainly grown a lot. Actor Jake Weary recently talked about what fans can expect from the character moving forward. During the series, we have seen him standing up to Smurf and beginning to make a new life for himself. Of course, he is still a Cody and we will most likely see him stealing stuff with his brothers considering the family’s current financial state. However, it is still nice to see him trying to create a separate space. Also, Adrian came back this week!

Now, I know their relationship is problematic. But you can tell Deran cares deeply for him and continues to do his best to make up for what he put Adrian through. Those two are my endgame.

‘In the Red’ revealed the burden Smurf left on J’s shoulders. It is obvious Smurf sees him as her successor even if it makes J’s uncles dislike him. But J is also a kid and he can’t keep the Cody family afloat without some help from his uncles. It will be interesting to see how he manages to make his three uncles work with him to save the family’s money.

I enjoyed the interaction between J and Smurf when he went to visit her in jail. His uncles have lived a privileged life while J has seen hardships. That’s why Smurf knew he had saved some cash. It was an awesome scene which felt real, talking about how not having money when growing up changes how you handle a lot of cash on your journey toward becoming an adult.

Pope’s scenes with Lena were also interesting. Even Lucy showed up with a police report about Baz’s murder and handing it over to Pope. I have my suspicions about Lucy, but I don’t think she would go as far as killing Baz. She should give the Codys their money though. None of the brothers are going to forgive her for stealing it. Unless Lucy took the money to keep it safe from whoever killed Baz? There are so many questions I want answers to!

The scenes I didn’t necessarily enjoy during ‘In the Red’ featured Craig. The gang he got in trouble with during his stay in Mexico better show up down the line. I say this because unless the gang has a larger role to play in the story, introducing them makes no sense to me. Craig could have shown up all beaten up at the end of the episode and nothing would have changed.

Did you watch Animal Kingdom this week? What did you think of ‘In the Red’? Let us know.